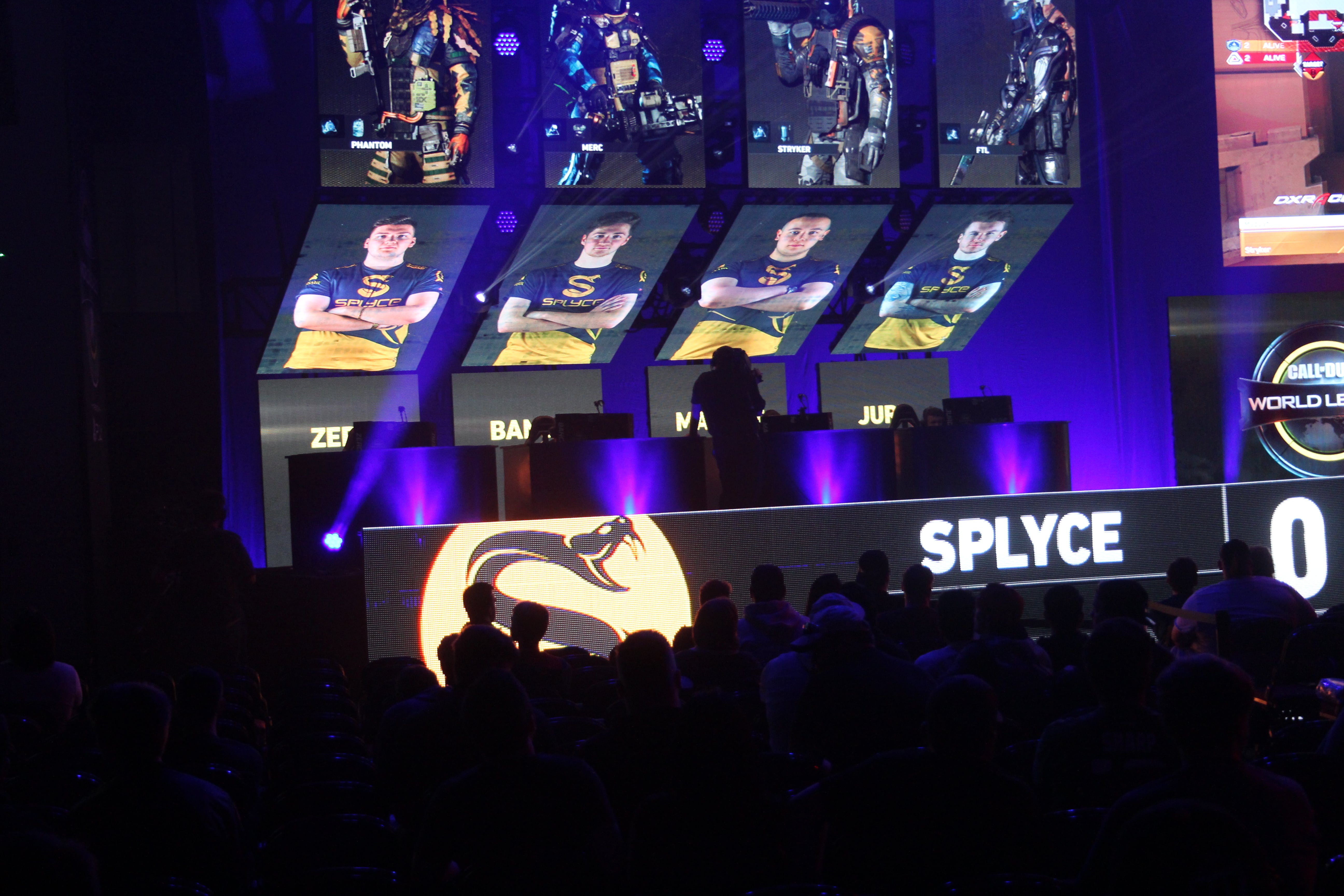 Only one European team qualified for the Call of Duty World League Global Pro League Stage One Playoffs—but that’s all the region needed.

Carrying the burden of an entire nation on their shoulders, Splyce shocked the Call of Duty world by winning the CWL Playoffs Sunday night. This marks the first time in nearly seven years that a European Call of Duty team has won an event on American soil.

Ben Bance, Trei “Zer0” Morris, Jordan “Jurd” Crowley, and Dylan “MadCat” Daly took down some of the best teams in Call of Duty: Infinite Warfare in order to capture this championship, starting with a dominant 3-0 sweep of Evil Geniuses on Friday.

Then, Splyce advanced to the winners bracket finals with a close 3-2 win over Enigma6 on Saturday.

On Sunday, Splyce needed to defeat two of the best teams from North America in order to win the CWL Playoffs. First, the kings of Europe squared off against FaZe Clan in the winners bracket finals. FaZe dominated the opening Hardpoint, but Splyce rattled off three straight map wins to secure their spot in the grand finals.

Their opponent in the grand finals was Luminosity Gaming, who played exceptionally well in the losers bracket on Sunday. First, Luminosity eliminated OpTic Gaming from the tournament by winning three respawn maps against the best team in Call of Duty. Luminosity then faced off against FaZe in a rematch of the winners bracket semifinals—but this time, Luminosity came out on top with a 3-1 series win to advance to the grand finals.

LG came out firing on all cylinders to open the grand finals, taking an impressive 250-157 win on Throwback Hardpoint as Sam “Octane” Larew dropped 41 kills. But, the Europeans answered back with a 6-2 win on Breakout Search and Destroy to even the series at one game apiece.

Luminosity regained control of the series with an impressive 7-0 win on Frost Uplink, but once again, Splyce responded with a close 250-227 win on Retaliation Hardpoint.

Splyce forced a decisive game five on Crusher Search and Destroy, and this map had Call of Duty fans around the globe on the edge of their seats. Bance went on a massive streak to begin game five, and Splyce quickly jumped out to a 5-2 advantage. Luminosity refused to go down quietly, however, winning three straight rounds to force a round 11.

In the final round of the tournament, Splyce played a perfect A bomb site setup on offense to secure the 3-2 series win and the CWL Playoffs championship. Zer0, who played extremely well for Splyce the entire weekend, was crowned the tournament MVP, and Splyce earned $212,500 for their first place finish.

Call of Duty fans everywhere are hoping to see even more great matches at the CWL Anaheim Open, which is set to take place on June 16 to 18.