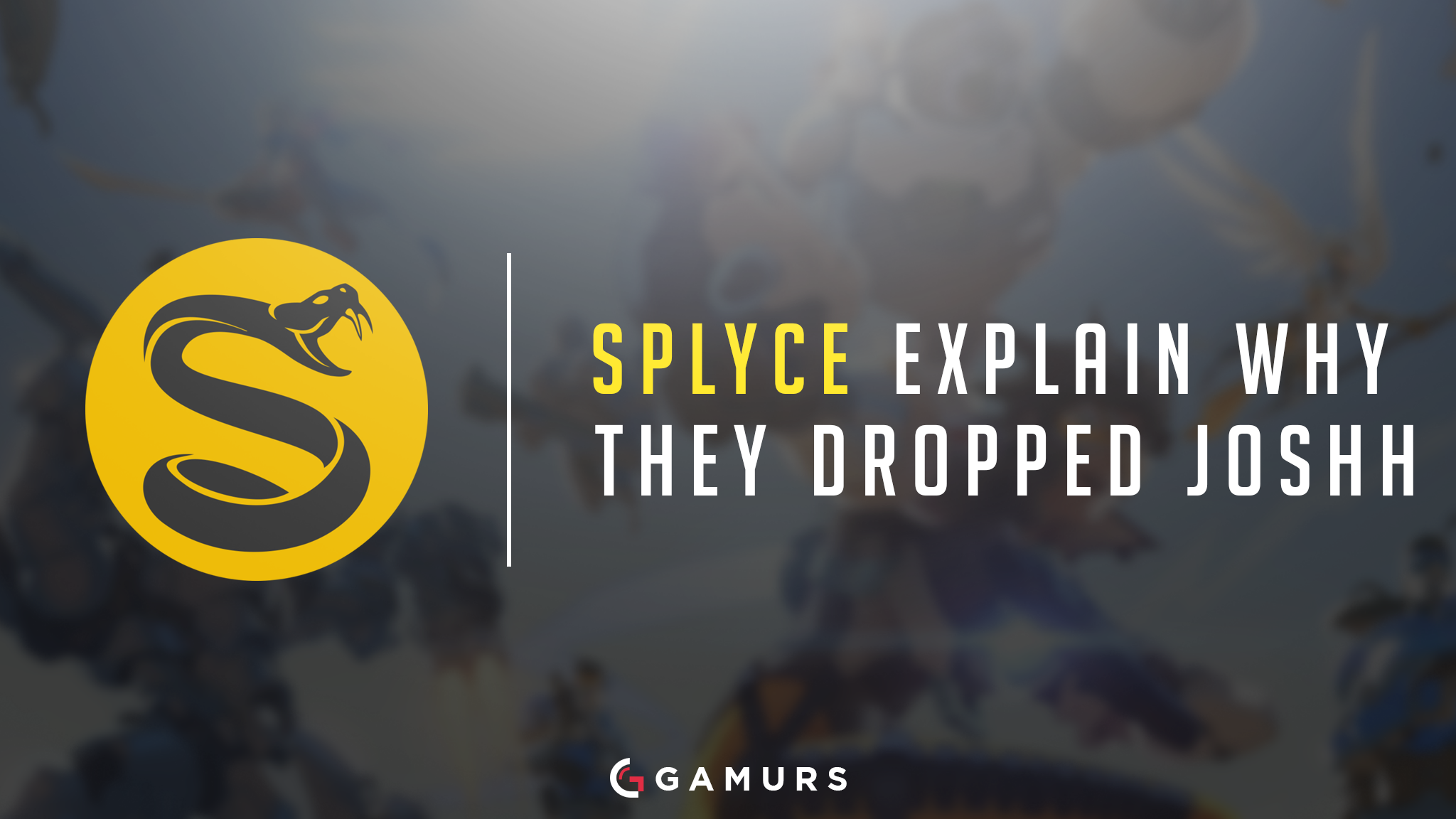 A day after shocking the Call of Duty community, <a href="https://splyce.gg/topics/post/578/" target="blank”>Splyce released a statement explaining why they chose to drop Joshua-Lee “<a href="http://cod.esportswikis.com/wiki/Joshh" target="blank”>Joshh” Shephard from the roster.

The move was unexpected because Splyce made Call of Duty history when they made it to the grand finals at the 2016 Call of Duty World League Championship, becoming the first European team to do so. In the press conference that followed, the players were upset they took second, but otherwise, all seemed well between them. Apparently it was all a charade.

In today’s statement, Joseph “Joee” Pinnington went into detail about the problems within the team. Apparently, they had been falling apart all year long, coming to a climax after Stage Two Finals when Joee says he left the team temporarily.

“People started picking out each other’s mistakes and instead of being taken as a good thing to improve, it started to turn into daily arguments,” Joee explained.

The team apparently went days without practicing together at times, which makes it that much more surprising that they performed so well at CoD Champs. In fact, Splyce performed well throughout the year, only really disappointing at MLG Anaheim where  no one wanted to listen to each other.”

“One big result at an event, though, doesn’t offset all the months of arguing and bad practice,” Joee said.

To fix the problems within the roster, Joee and his teammates, along with Splyce management, chose to drop Joshh. Splyce management went into detail about how Joshh was among their first Call of Duty players and that they had no problems with him, but that “at the end of the day, we are looking to build a roster for the long term that works well together.”

Joshh has not taken the decision lightly, appearing quite distressed on social media.

“The amount of tweets/messages I’ve written out and deleted in the past 24 hours is insane, I should be stress free right now but NOPE,” Joshh tweeted.

Though a replacement has not been announced yet, Splyce are surely looking to fill Joshh’s spot soon. The majority of European Call of Duty teams are currently undergoing roster changes, so plenty of options are available.

Who do you think Splyce will pick up? Where do you see Joshh playing in the Infinite Warfare? Let us know in the comments or on Twitter @GAMURScom.

Josh Billy is a long time Call of Duty fan and can be contacted at [email protected] or on Twitter <a href="/articles/twitter.com/orbitch3mistry” target=”blank”>@OrbitCH3MISTRY.