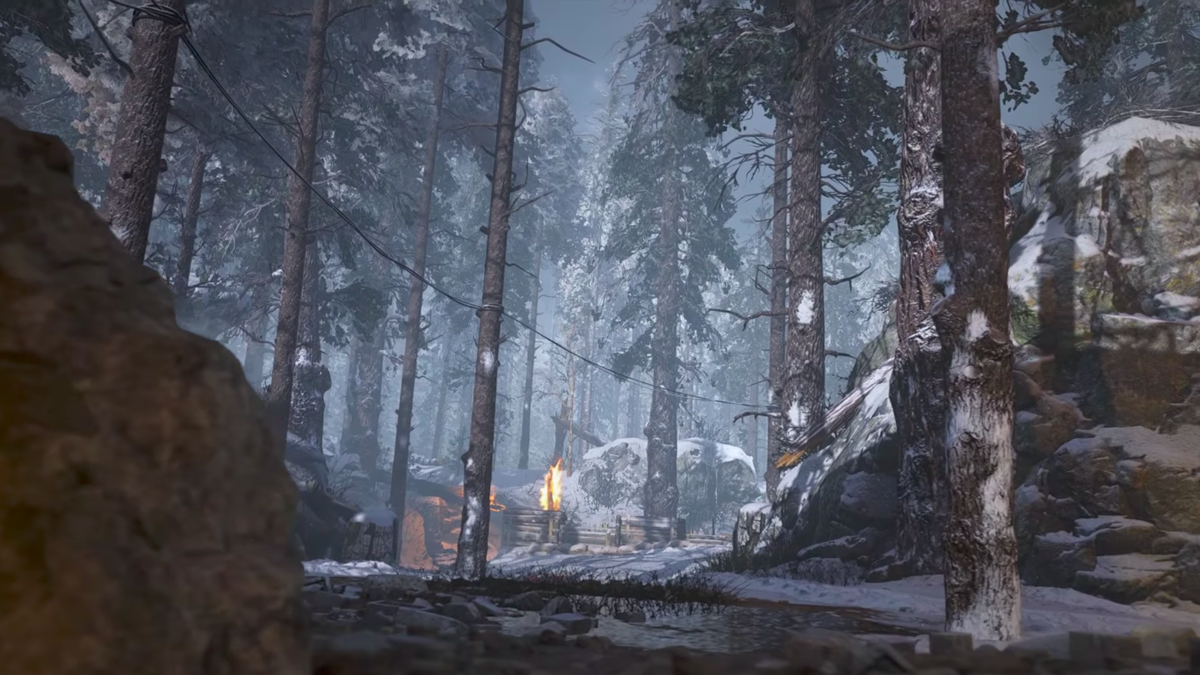 Call of Duty fans have learned more about one of the biggest mysteries in recent memory—the Ardennes Forest “tree conspiracy” in CoD: WWII.

The Call of Duty community was in utter chaos on July 1 when several professional players thought more trees were randomly added to Ardennes Forest, one of the maps in the competitive WWII ruleset.

One of the most popular players in competitive Call of Duty, eUnited’s James “Clayster” Eubanks, was a leading proponent of the Ardennes Forest tree conspiracy—he thought there was “no chance” a few of the trees were in WWII since the game was released. Naturally, Sledgehammer Games, the developer of WWII, saw the tweets from Clayster and other players and immediately tried to figure out what they were talking about.

Sledgehammer eventually confirmed that no new trees were added to the map—but the fun didn’t stop there. The developer released a comical video earlier today called “Sledgehammer Games investigates ‘the trees.'”

The video, featuring former professional player and current Sledgehammer employee Ray “Rambo” Lussier, shows the developer mockingly trying to solve the mystery of the Ardennes Forest trees. A “tree enthusiast” talks about the conspiracy, while another employee speaks to fans in a Deep Throat-esque manner.

The video concludes with the “culprit” being caught red-handed digitally adding a ton of new trees to Ardennes Forest. Although this video isn’t remotely serious, it’s great to see Sledgehammer joking around with the CoD community about this huge “conspiracy.”

Don’t worry, Call of Duty fans—it’s safe to assume that no trees were harmed during the creation of this video.