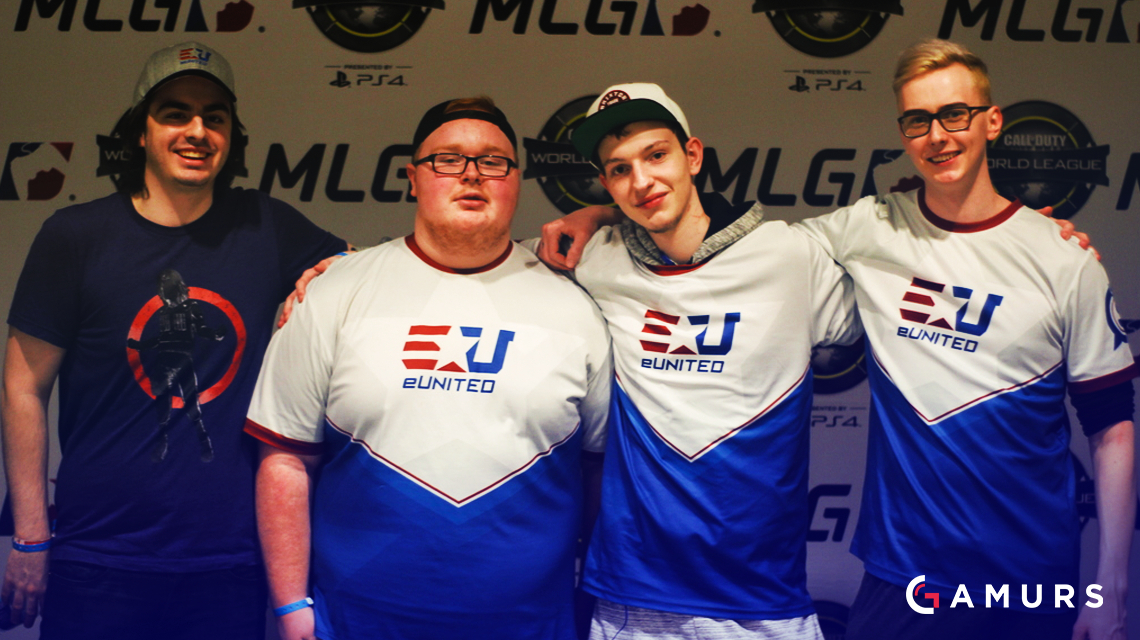 The roster consisting of Justin “SiLLY” Fargo-Palmer, Preston “Prestinni” Sanderson, Alec “Arcitys” Sanderson and Pierce “Gunless” Hillman has not yet lost a series at this event. Considering that this is their first event together, this is a pretty remarkable accomplishment.

Following their win over FaZe, Gunless was actually somewhat surprised with how the series went down.

“To be honest, I was kind of getting nervous when we were playing FaZe,” Gunless said. “We lost two of our hardpoints, and we usually don’t lose hardpoints. We were like 12-1 in respawns so far this event, so it was just a little shaky. We were just warming up first map and fourth map there are no excuses. But, we clutched up in our SnDs, which is our worst game mode, so we got lucky.”

Their victory over FaZe pits eUnited against the winner of Luminosity Gaming and Team EnVyUs in the winners finals. Gunless, Arcitys and SiLLY all had different responses in terms of who they would like to play in their next match.

“We’ll play both,” Arcitys said. “We have the confidence to play anyone right now.”

“I’d like to play Luminosity in winners finals, if possible,” SiLLY said. “I want to beat Slacked.”

Looking ahead to potential matchups against teams from the losers bracket, everyone on eUnited has one team on their mind: OpTic Gaming.

“I really do want to play against OpTic,” SiLLY said.

Although Arcity, Prestinni and Gunless played together in Vegas, this is their first event together with SiLLY as a team-of-four. Despite only teaming together for a short time, Arcitys enjoys what SiLLY brings to the table.

“Justin just brings the swagger and keeps our confidence up,” Arcitys said.

Adding on to that point, SiLLY also noted that it has been a relatively easy transition for him playing with three new teammates.

“Our chemistry is great,” SiLLY said. “We’ve played so much together online over the past month or so. We’re all good friends with each other and we mesh really well; it’s a perfect fit.”

With all of eUnited’s recent success online, it comes as no surprise that they have performed so well at this event. But, SiLLY had a brief message for anyone else out there who still might have doubt in his team.

“All there is to say now is we’re top-three, in winners finals,” SiLLY said. “Online warriors, LAN warriors, same thing.”

eUnited will put their undefeated record to the test when they face off against Team EnVyUs, who just defeated Luminosity 3-1, in the winners finals.

What are your thoughts on eUnited so far at this event? Let us know by tweeting us @GAMURScom.