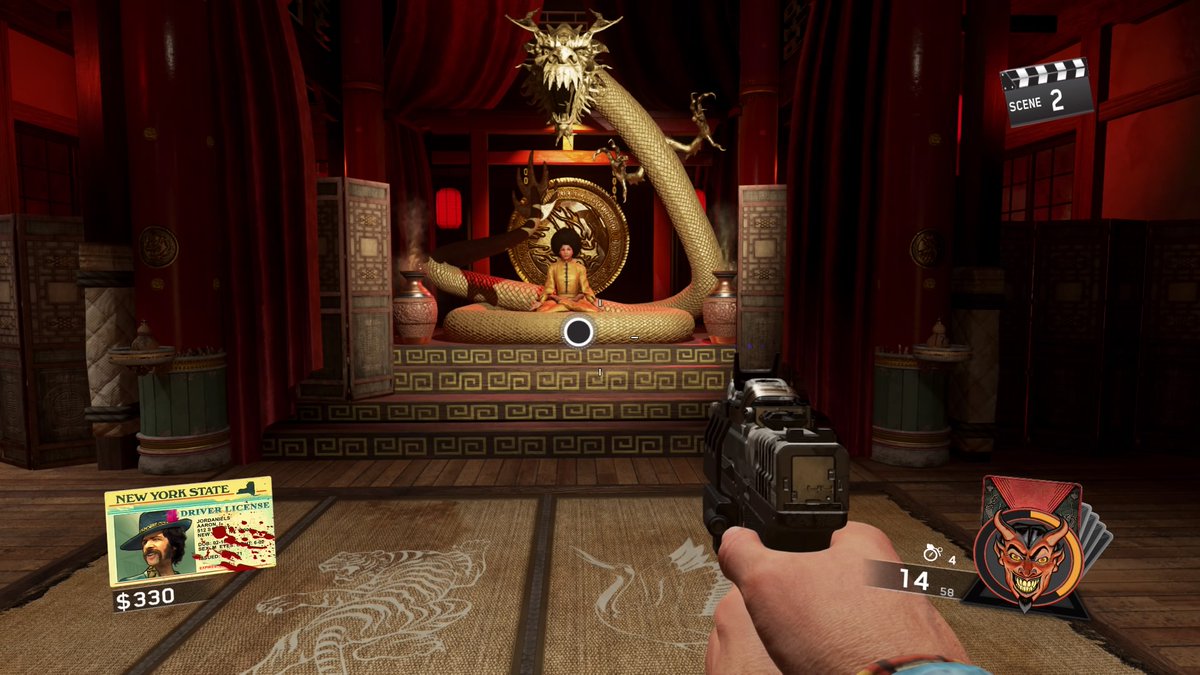 On April 18, Infinity Ward introduced one of the most unique zombies experiences to date when it released the second DLC map pack for Call of Duty: Infinite Warfare.

Zombies is a game mode that was first introduced back in 2008 in Call of Duty: World at War. Since then, the game mode has greatly evolved and become a staple in the Call of Duty franchise—so much so that Infinity Ward decided to incorporate the mode into Infinite Warfare, even though zombies has primarily been in Treyarch-made games.

The objective of the zombies game mode is to survive as long as possible. Players have fought the living dead in a wide variety of locations in Call of Duty, including an abandoned theater, a wild jungle, a deserted island, and even the moon.

Shaolin Shuffle is the newest zombies map where players can use specialized kung-fu abilities to fend off hordes of the living dead.

Set in 1970s New York City, Shaolin Shuffle is a medium-sized map with a lot of interesting locales in the Big Apple for players to kill zombies. From large streets to underground sewers, players have plenty of potential routes to run and survive on Shaolin Shuffle.

But in order to survive and make it to the highest round possible on Shaolin Shuffle, players will need to learn all of the essentials to succeed on this map.

Once you reach round five, you can enter the Dojo to begin training in one of the four kung-fu masteries: Tiger Style, Dragon Style, Crane Style, and Snake Style. Each different style has three ranks—and your kung-fu abilities get stronger as you complete the challenges to level them up.

These kung-fu abilities aren’t necessarily essential to the map, but they definitely make Shaolin Shuffle more fun and give players a unique zombies experience. But, if you want to complete the easter egg for this map, you’ll definitely need these kung-fu powers.

There are four power switches scattered throughout the map. Each power switch, or generator, provides limited power only to that particular section of the map where the generator is located. Once all four power switches have been turned on, players will have access to the sewers (but we’ll get to that later).

Here are the locations for the four generators or power switches on Shaolin Shuffle:

Once all of the power switches have been turned on, you’ll be able to purchase any perk in the game in order to increase your chance of survivability. There are 10 perks available in Shaolin Shuffle.

Similar to the Mystery Box from Treyarch’s zombie maps, the Magic Wheel is a way for players to obtain a random weapon at the cost of 950 points. There are seven different Magic Wheel locations throughout Shaolin Shuffle.

The Pack-a-Punch machine is one of the most important items in zombies. For 5,000 points, this machine allows you to upgrade a weapon to make it stronger and increase the amount of ammo it has. You can also double Pack-a-Punch a weapon for 10,000 points to make it even stronger.

There are three different parts that you need to find in order to build the Pack-a-Punch machine. The first part is the Pink Cat Flyer, which is used to grant you access into the Strip Club. The four possible locations for the Pink Cat Flyer are as follows:

Once you have found the Pink Cat Flyer and can get into the Strip Club, you will need to find a token to grant you access into the actual Pack-a-Punch room. There is only one location for this token—it can always be found underneath the Tuff ‘Nuff perk machine in the sewers.

The third and final part for the Pack-a-Punch machine is the Film Reel. There are five possible locations for the Film Reel:

Once you have found all three of these parts, you can go inside the Strip Club and enter the Pack-a-Punch room.

Although there aren’t many good camping spots on Shaolin Shuffle, there are several areas of the map that can be used to train zombies. In zombies, “training” is a survivability tactic used to get the living dead to follow the player, effectively making them easier to kill—think about the player as the front of a locomotive and the zombies as all of the other cabins following behind.

It’s important to remember that everyone has their own personal preference on the area of the map that they think is most suitable for survival. Keeping this in mind, there are a few areas of the map that are good for training zombies and making it to high rounds.

The easiest spot on Shaolin Shuffle is the Rat King’s liar in the sewers. It is a big, wide-open circle, with plenty of space to run around. Also, there are several exits from the sewers, which is important in case you get into a tricky situation and need to find a quick escape route.

Now that you know all of the basics for Shaolin Shuffle, it’s time to find the strategy that works best for you, and start kicking some zombie butt.