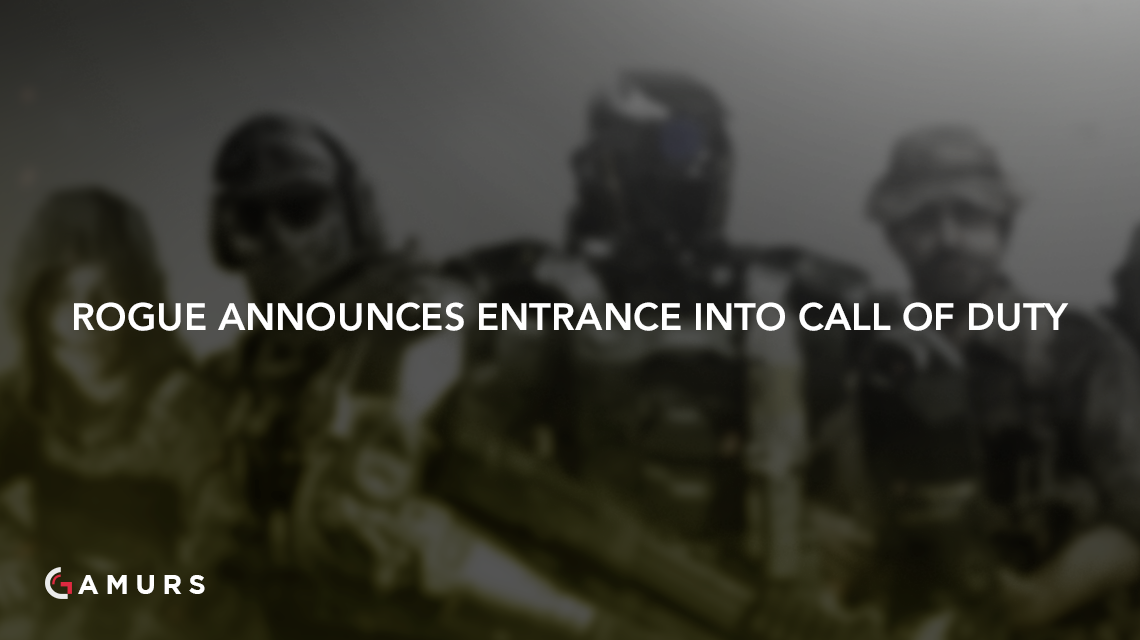 Rogue has announced its first ever Call of Duty roster, set to compete in Call of Duty: Infinite Warfare. Known for its Counter-Strike: Global Offesnive and Overwatch teams, Rogue is entering its third first-person shooter with a veteran lineup of CoD pros.

We finally did it. We’ve entered @CallofDuty. Please join us in welcoming #RogueCOD!@Rogue_Miyagi@JohnnyisTsunami@AlexExamples@Blfire pic.twitter.com/ultwZzTA86

The team’s first event will together be MLG Vegas, the first open LAN event for Infinite Warfare, from Dec. 16 to 18.

What are your thoughts on Rogue’s first CoD roster? Let us know in the comments below and follow @GAMURScom on Twitter for further esports coverage.