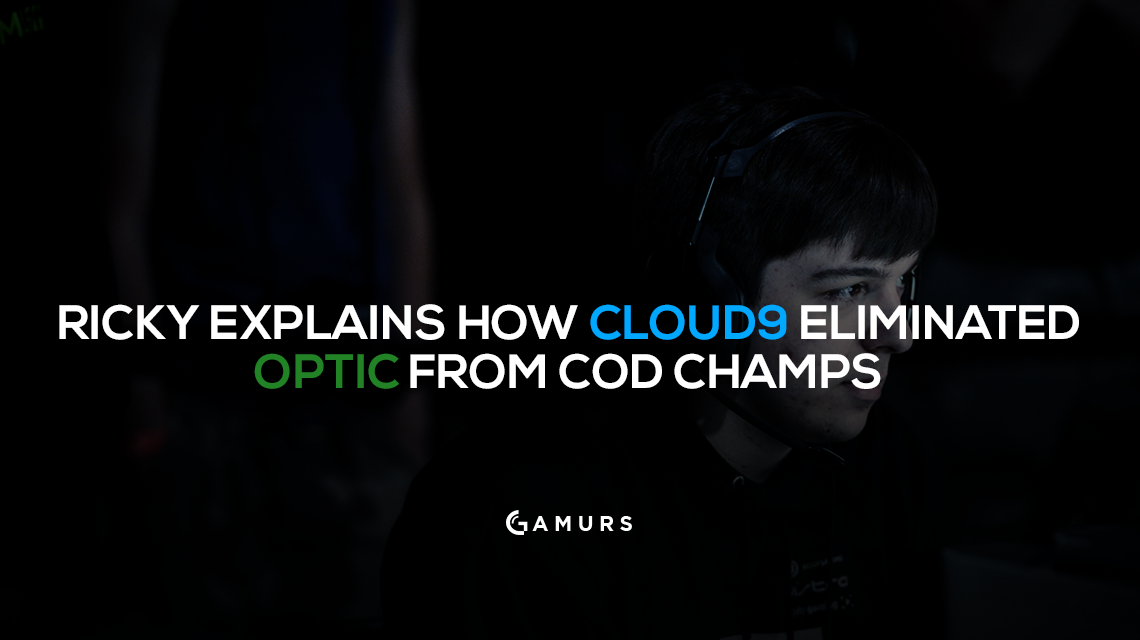 As the saying goes, history repeats itself.

OpTic Gaming, the fan favorites and top seeded team at the 2016 Call of Duty Championship, were eliminated from the tournament early by Cloud9. Last year, they also went in the favorites but finished in 7th. OpTic’s struggles this year began in their very first match of the event, when they lost to compLexity Gaming in a close series. This loss set up a match in the first round of the winner’s bracket that no one had expected: OpTic vs EnVy. As EnVy JKap told GAMURS earlier, it felt like deja vu. He knocked them into the loser’s bracket last year as well.

OpTic continued their loser’s bracket run, defeating both Infused and Luminosity. It looked like OpTic were back in their groove, but then they ran into Cloud9.

It wasn’t pretty, but Cloud9 defeated OpTic on last map, round 11. It literally could not have been any more intense, especially due to the fact that Cloud9 nearly threw it away. With the rounds winding down, Cloud9 spent an excessive amount of time to move the bomb while on offense on Stronghold Search and Destroy. Failing to get any easy picks, they finally made a move but it was too late.

“There was a guy on B. I thought I had enough time to Overdrive it and get the plant off, because if I got the plant off we won the round. I was half a second off the plant,” Richard “Ricky” Stacy explained.

This put the round count at 4 for Cloud9 and 5 for OpTic Gaming. Only one more round win was necessary for OpTic to win the series.

“We sometimes [become] hesitant, don’t want to make a play and wait for the play to come to us,” Ricky said.

The next two rounds were more than intense, but Cloud9 exhibited professional level teamwork. Bait and switches and trade kills allowed Cloud9 to stay alive while at the same time eliminating OpTic players one by one.

Ricky explained Cloud9’s strategy on Search and Destroy, “We play a tight setup. When someone dies, [the other player] gets his flank. If I get killed, someone gets my trade. The numbers go in our advantage.”

Defeating OpTic Gaming in that fashion, preventing them from moving further in the tournament, felt great for Cloud9. They were potentially going to play them in the first round, but didn’t.

“They had so much pressure on them…They were scared to make plays. Especially after the CTF, Crim had a bad match. I knew going into the last map all the pressure was on them,” Ricky said.

When asked if it felt better to knock them out now, Ricky said, “Definitely.”