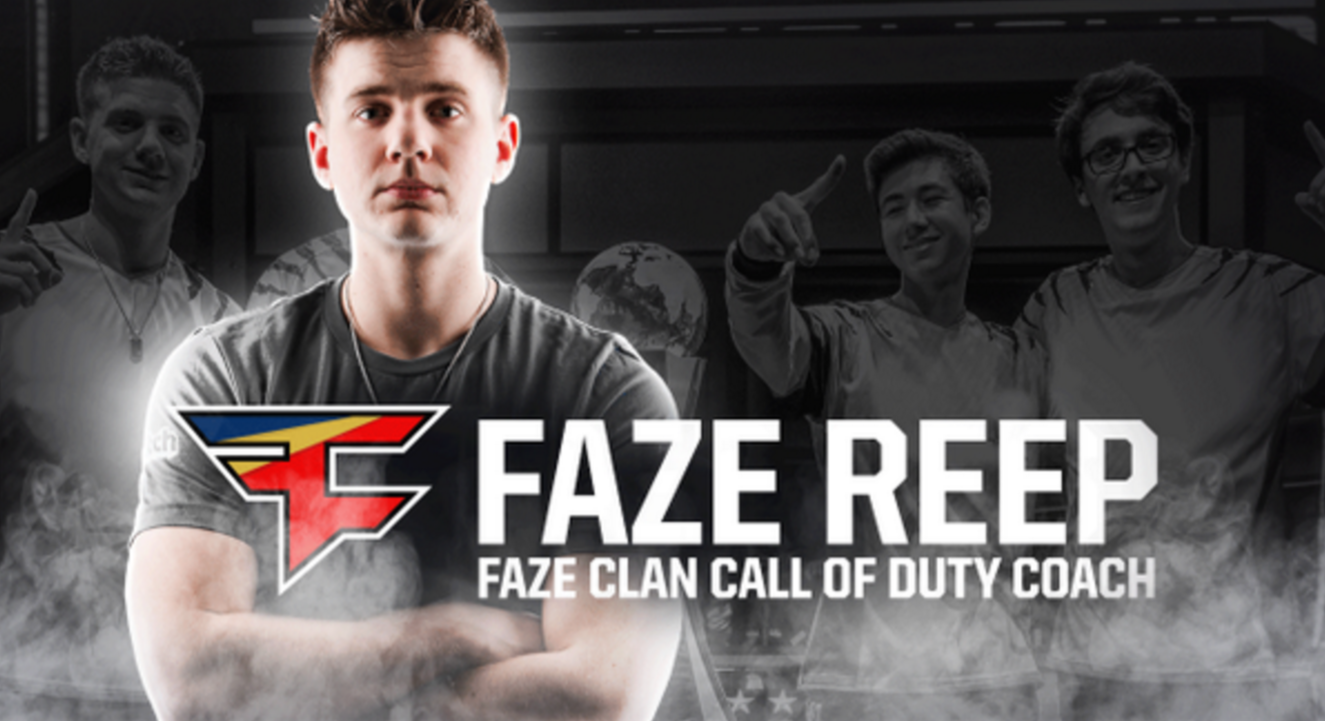 May 15, 2016 – Chris “Replays” Crowder, who most recently played for Luminosity Gaming in the Call of Duty World League, will now be moving on to a new role.

As announced by FaZe Clan, a popular Call of Duty sniping team and esports organization, Replays will become the pro team coach. Due to a FaZe Replays already with the organization’s sniping side, he will be taking a new nickname: ReeP.

Members of the community speculated that he was joining FaZe several days ago when he changed his YouTube name to FaZe ReeP, but the official announcement didn’t come until today.

Join us in welcoming back our former CoD Pro Captain as our new CoD Pro Coach!https://t.co/iQBocvYvOp#FaZeUp pic.twitter.com/W6Bf4gBzBY

In a Facebook post by FaZe, they stated, “He will be joining the rest of the team this upcoming weekend as we take them to the IMG Academy Training Facility in Bradenton, Florida, where we’ll begin our preparation for this summer’s tournaments.”

ReeP (that will take some getting used to) had his most successful year in Call of Duty Advanced Warfare. Teaming with Denial, he became a Call of Duty Champion. Now, he will be coaching two of his former teammates, Clayster and Attach.

Coaches are nothing new to Call of Duty, but they have not been in use in recent years. At ESWC, however, teams had coaches up on the stage with them. Their main role is to organize the players within the game and keep track of time, making sure objectives are met.