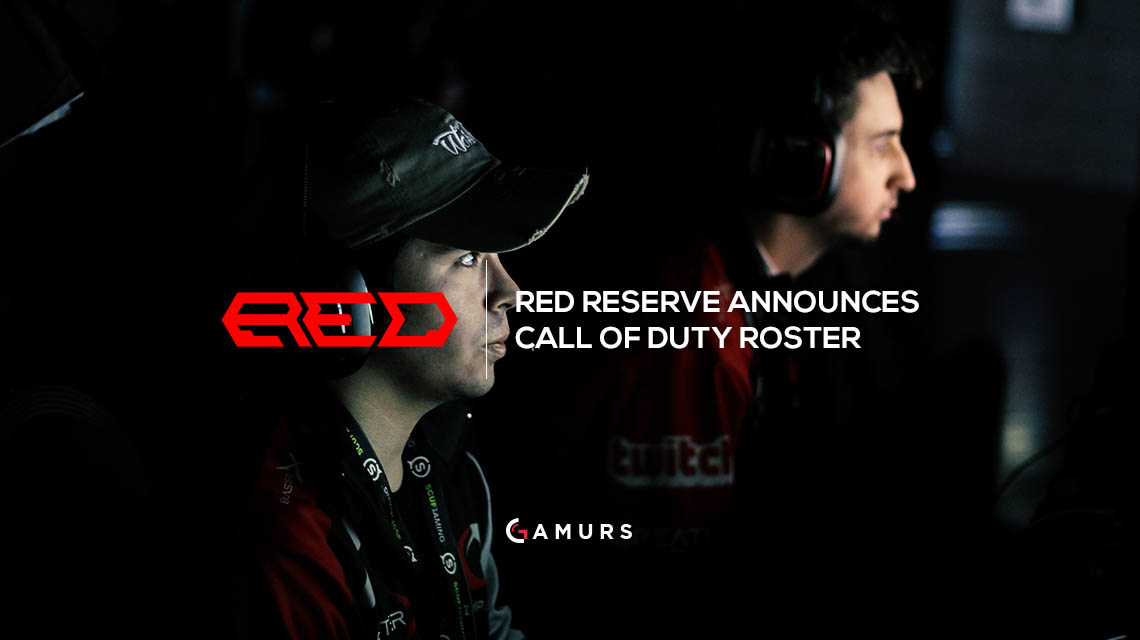 Parasite, LlamaGod, and Swarley were most recently on the compLexity Gaming roster that placed top-16 at the MLG Las Vegas Open, while Pacman placed top-24 with eUnited. Parasite and Pacman are two of the most seasoned and accomplished veterans in Call of Duty esports, while Swarley and LlamaGod are slightly younger players who have made names for themselves in the scene over the past year. All four players have been on successful teams in the past.

“We’ve watched and waited for months scouting the perfect group of players to kickstart our esports endeavors and with our most recent investment, this couldn’t have come at a better time,” Toussaint said. “I’m very excited to have my organization competing this season in Call of Duty and I look forward to the continued development of our team as we prepare for MLG Atlanta and the Call of Duty World League.”

This is Red Reserve’s first roster announcement since the organization’s partnership with Orbit Esport was announced just yesterday. AB, a Swedish investor group, now owns Orbit Esport and Red Reserve. While the two organizations are owned by the same group, they will be operating with separate teams, and Red Reserve plans on expanding into more than just Call of Duty.

“This is only the beginning, and I thank our fans and partners for their continued support as we look to conquer the gaming landscape,” Toussaint said.

Many fans seeing this announcement will remember that Red Reserve was once FaZe Clan’s sister team. While one of the biggest rivalries in Call of Duty already involves FaZe, another one could be brewing now that Red Reserve is in the game.

How do you think this new team will perform? Let us know in the comments below or tweet us @GAMURScom.