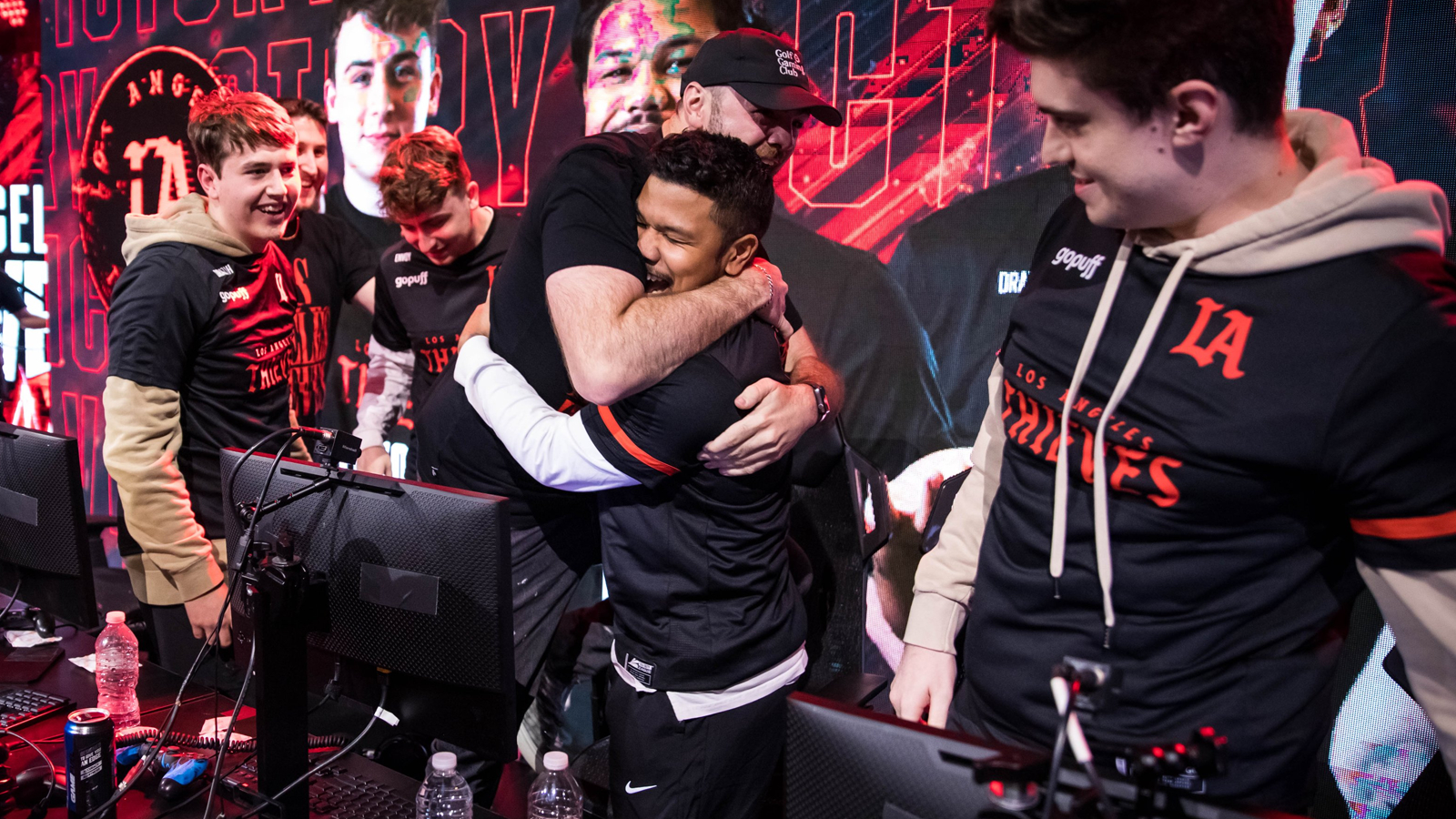 Photo via Kyle Miller for 100 Thieves

Los Angeles Thieves qualified for the 2022 Call of Duty Championship final with a decisive win against the Atlanta FaZe today.

The L.A. Thieves came into Champs with a third-place seed after lifting a trophy at the Stage 4 Major in New York. Meanwhile, Atlanta FaZe entered Champs hoping to replicate the success they had last year at the same venue when they took home the league’s biggest prize during Cold War. Before the New York Major, Atlanta FaZe had won every series against the Thieves, but are now currently on a three-game losing streak to them.

Tuscan Hardpoint was as back-and-forth as it had been all day in previous matches. While Atlanta walked away with the opening map win 250-209, it wasn’t always in their favor. The Thieves came out hot early on to rack up the points, but lost key rotations which cost them the map. Vanguard regular season MVP Cellium tied his teammate aBeZy with the most kills in the lobby, and walked away with a 1.94 K/D.

The Search and Destroy took place on Tuscan as well, but this time, L.A. Thieves maintained a much stronger advantage. Key gunfights won by Envoy, Kenny, and Drazah were enough for them to gain the lead. The map would eventually go to the Thieves 6-4 in a match that was not as close as the score shows. Envoy starred for L.A. this time around, as he finished with 10 kills and seven deaths for a 1.43 K/D.

The final three maps of the series were scheduled for Berlin for Control, Hardpoint, and Search and Destroy, but the series wouldn’t need to go to a game five. L.A. was able to gain the lead in the series after a flawless Control where they stuffed FaZe’s advances to go 3-0 on the map and up 2-1 in the series. With the momentum now growing and the crowd on their side, they went into the Hardpoint out for blood. In one of the most one-sided Hardpoints of the Vanguard season, the Thieves won every single gunfight and rotation to finish 250-70, successfully hundred-point clubbing the former Champions.

Atlanta aren’t out of it yet, as they’ll move to the lower bracket and try to make it to the final from there. If they manage it, however, L.A. will be waiting for them there.