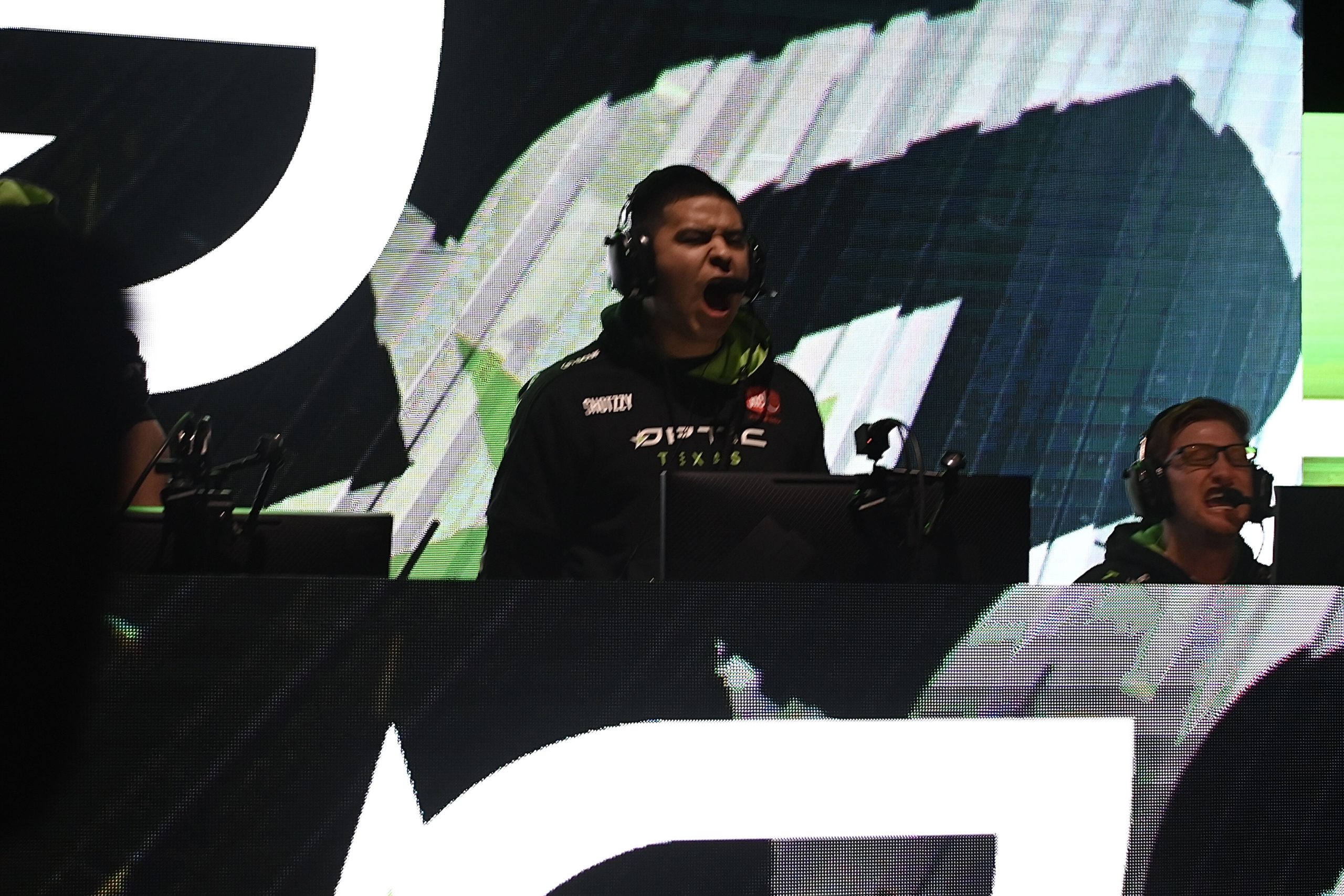 With their tournament lives on the line, OpTic Texas clutched up in game five, round 11 to defeat the Toronto Ultra 3-2 and move onto Championship Sunday at the Call of Duty League New York Major.

OpTic found themselves in a 2-1 deficit for the second time in as many days, after falling behind 2-1 to the Minnesota ROKKR in their first match of the major event. Their ability to stay composed in tense moments in an elimination setting has proved to be extremely fruitful for Texas this year. Even when a series feels like it’s slipping away, the team feels they are in every single match until the end.

“We’ve been to round 11s probably more than anyone in this season. We’re very used to it, we’re all composed, and yeah, we finished out with the round 11,” said Shotzzy, who posted an impressive 123-108 statline. “We just played as a team. Maps one, two, and three were a little bit shaky, but maps four and five, we actually played as a team. We played to our gameplan.”

Shotzzy started this series off slowly, with a disappointing 20-35 performance in the Bocage Hardpoint. But from that moment on, the 2020 CDL MVP seemingly returned to form, with a 1.41 K/D over the series’ final four maps. He has been a target of criticism during this stage due to his lack of big-time performances, but if he can remain in this current form, OpTic will be tough to beat.

After falling behind 2-1 with a 3-1 loss on Berlin Control, Texas were dominant in the series’ fourth map, Tuscan Hardpoint. Led by Shotzzy and Dashy, who went 39-27 and 32-20, respectively, OpTic dominated to the tune of 250-179, sending the series to a decisive map five, Bocage Search and Destroy.

Texas raced out to a 4-1 lead on the final map, and for a moment appeared destined to cruise to victory. But Toronto bounced back with a round of their own, cutting the deficit to just two rounds. After OpTic found themselves in a three-vs-one advantage, it appeared they were set to move the game to match point again. But for the second time in the series, Toronto’s Bance found three members of OpTic for the clutch. Toronto’s newfound momentum propelled them to two more round wins to Texas’ one, and saw the series lie in the balance with the teams tied at five rounds apiece.

But OpTic had the ice. They played the offensive round perfectly, transitioning from the A bomb site over to B, isolating members of Toronto to gain a three-vs-one advantage yet again. This time, however, there was no magical one-vs-three clutch for the Ultra, and OpTic clinched the map and series. The win sends them to Championship Sunday and clinches a top four finish at the New York Major.

OpTic will face the winner of the Florida Mutineers and Atlanta FaZe tomorrow for a spot in the Elimination Bracket Finals. That match kicks off at 2pm CST, immediately following the Winners Bracket Finals match between the New York Subliners and Los Angeles Thieves.