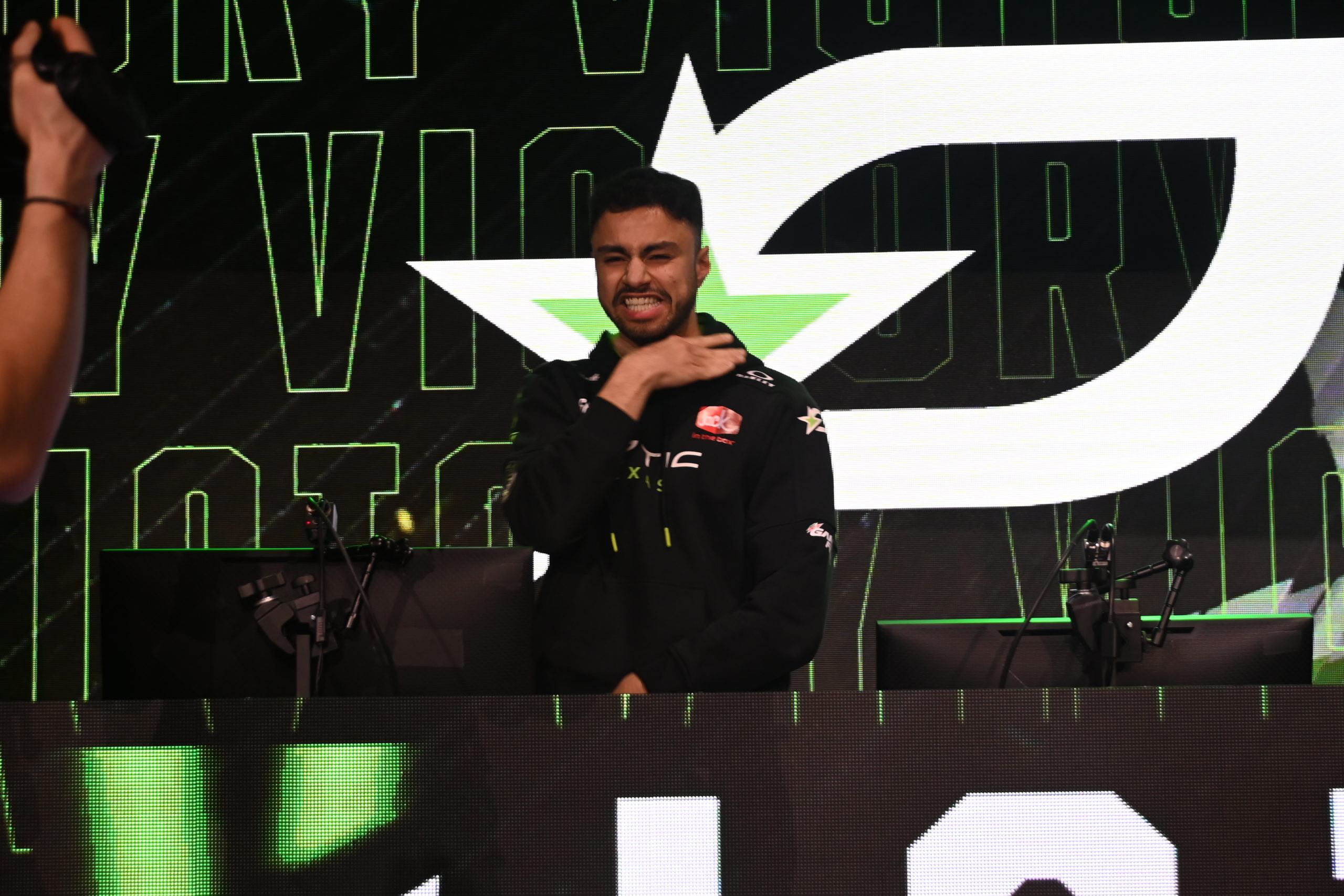 In a win-or-go-home situation, OpTic Texas showed their mettle in a come-from-behind victory over the Minnesota RØKKR today, eliminating Minnesota from the Call of Duty League New York Major in 3-2 fashion.

After a narrow defeat in the series’ third map, Tuscan Control, OpTic faced a 2-1 deficit and started map four slowly. They were down to Minnesota 69-12 in the Gavutu Hardpoint after the game’s second hill and were getting outplayed at every turn. But iLLeY went on a tear to give the Green Wall almost 60 seconds of Hardpoint time, bringing the score nearly even. From that point on, Texas played extremely well, sending the series to a fifth and final map with a 250-204 win.

The slow starts would remain a theme in the decisive map five, Bocage Search and Destroy, with RØKKR’s Havok starting off a perfect 6-0 to lead Minnesota to a 2-0 lead. After Priestahh brought a one-vs-three to a one-vs-one, OpTic’s veteran captain, Scump, made a massive play to down Priestahh, defuse the bomb, and finally get Texas on the board.

At that moment, a switch was flipped. Shotzzy picked up an ace in the fourth round to even the game at two rounds apiece, and all momentum had shifted to the Green Wall. Four nearly-perfect rounds later and OpTic found themselves moving onto tomorrow’s action with the 3-2 series win.

“We’re feeling good. It all starts with one,” OpTic’s superstar AR Dashy said in the postgame interview. “So we’re just going to take it one match at a time and hopefully we can pull through with [the championship].”

Dashy led the way in slaying for Texas with a 1.22 K/D over the series’ five maps. ILLeY played his best match since returning from injury, posting a 1.02 series K/D. His impact was felt beyond the statistics as OpTic’s in-game leader, and his importance was evident in how much better OpTic’s decision-making looked at times.

In the elimination round, a loss for OpTic would send them packing ahead of next month’s CDL Championship. While the team has already qualified for a playoff spot, the injury that has plagued iLLeY since the season’s second Major has reduced the number of reps the team would have normally gotten. The win was huge for OpTic in its own right, but iLLeY getting more live action with his teammates is a massive victory for Texas’ CDL Championship hopes.

Minnesota are on the outside looking in with this loss. The team will miss out on the season’s biggest prize at next month’s CDL Championship and their attention will shift to the 2023 season.

OpTic will take on the Boston Breach tomorrow at 12:30pm CT with a chance to get to the third round of the elimination bracket at CDL Major Four.