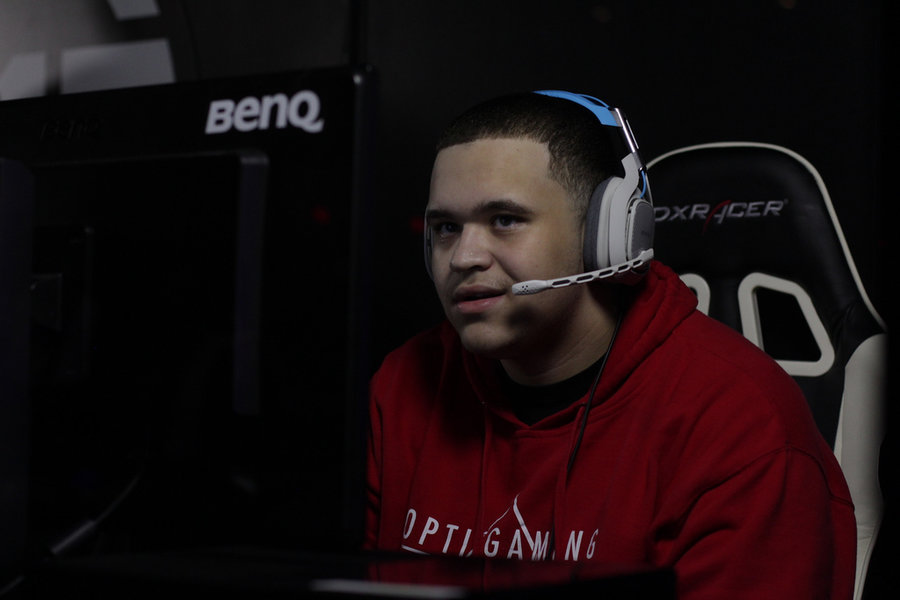 This is an opinion piece- one that will probably step on a few toes and piss a few people off. Therefore, let me preface this with something of a disclaimer: these are my opinions. You have the right to agree or disagree with them. You have the right to tell me I am an idiot who doesn’t know crap about what I’m talking about. That will not change the fact that these are my words and my opinions. I am entitled to them, and I’m blessed to have a medium by which I can broadcast them. If you disagree with me, please do not hate on eSports Guru. Instead, hate on me. Here’s my Twitter: @FeelTheNerdage. Go for it.

On that note, let’s talk about OpTic Nation. If you watch/listen to the eSports Guru Weekly Talk Show, you know how I feel about the team. If you don’t…well, let me spell it out for you.

I despise second teams as an idea. Owners get one team per eSport. They do what they can to build their brand, they work to get the best talent on the team and then they work with the team to produce the best results. I think second teams are cheap and crappy advantages for the larger teams- they have more money, so they can get all the shots they want at a championship. What especially pisses me off is how the larger teams then snatch up as much quality talent as possible and leave none for smaller teams or newcomers to the scene (especially for larger eSports organizations like Cloud9 or Evil Geniuses who might be interested in entering the scene in the next game). That’s part of the reason why I hate OpTic Nation with every ounce of my being. No, I don’t hate the players at all. I hate the team itself. I hate the fact that it exists. I hate the fact that it was even created in the first place. But most of all, I hate that it exists in spite of the fact that it has failed to achieve what it was meant to achieve. The team has failed to even so much as deliver a single championship, even a minor one.

It’s not an issue with the people who created OpTic Nation or the people who are on the team. I have ridiculous amounts of respect for Hector “H3CZ” Rodriguez because of the success he’s achieved in this industry. He has indisputably done it right, and he definitely deserves what he’s earned. I really respect Mirx and Nameless because of their track record as players as well as for the really kind way they have treated me in the past. I respect Ricky as a player and as a person as well, although I have not dealt with him personally. MBoZe…well, to be honest, I’m not a fan- but I don’t have a problem with him.

The issues that I have with OpTic Nation, as I said before, is with the team itself. I hate the idea of second teams, but what I hate even more is one that lingers like a particularly odorous piece of fecal matter after it should have been flushed a long time ago. OpTic Nation has won exactly ONE tournament in its entire existence. ONE. The team has existed for nearly two years and that’s it.

That tournament they won, though…it wasn’t even a minor event or a minor championship. It was the OPEN BRACKET at MLG Anaheim 2014 during Call of Duty: Ghosts. The toughest teams they faced to win that tournament were JusTus, eLevate’s B team, and Rise Nation, none of which at the time were considered top-tier teams. They have never finished 2 nd in any tournament during the life of the team. They have never won a championship. They have placed in the top 3 only twice during Advanced Warfare- one of which was a tie for 3rd/4th place at Gfinity, which as /u/ObsidianChill pointed out on the OpTicGaming subreddit: “…It was an invite-only tournament, single elimination, where ON flew down a bit early and didn’t have possible jet lag like other teams. So that “high” placing comes with a definite asterisk.” For every other tournament in Advanced Warfare, they did not place higher than 4 th, and most of the time did not even do that well. They placed out of the money nearly as many times as they placed in the money. They’ve made a few roster changes, but they did not make any major differences in how they placed.

So why did the team get revived? Pretty much everyone and their mother fielded second teams in 2014, so that’s not a big deal. But why did it stay when it has produced nearly zero positive results? Well, I have no idea. You’d have to ask H3CZ. Either way, it pisses me off.

Thank goodness for Activision, though. There’s a rumor floating around that seems to be becoming more and more legitimate over time. Apparently organizations can only have one single team compete for a spot in the World League. Hopefully this “second team” crap is finally done. OpTic Nation would have to be disbanded, right?

Nope. It doesn’t. Technically, they could just transfer ownership of the team to another person and then license them the “OpTic Nation” moniker for use. The same goes for all the other teams out there who may just do that for their second teams. (I’m looking at you, FaZe.)

When someone told me that a few days ago, I just about threw my computer at the wall. This isn’t the way that eSports is meant to be played. People get one shot at building a good team. If you don’t like the team, then scrap it and start again. That’s the way it is supposed to be. Thank goodness that there’s starting to be some regulation in the scene that is designed to prevent the system from being gamed (no pun intended). God help us if that regulation is being gamed as well.

If Activision puts their foot down and rules that strategy to work around the rule as illegal, then awesome- the issue is fixed. If all the teams disband their second teams and don’t try to get around all of that, then great- the issue is fixed. But chances are, Activision might not bother and the teams will try to do it either way, especially if the team taking advantage of that loophole is OpTic- they tend to get better treatment due to their stance in our community. People are more likely to give them the benefit of the doubt compared to a smaller or less powerful team.

So I plead directly to you, hallowed leadership of the OpTic organization. Set the example as you so often do (we’re all riding hoverboards now, after all) and sell OpTic Nation to another eSports organization (maybe even Cloud9). I get that you guys want to keep MBoZe around, but that doesn’t mean he has to leave. Keep him as an “entertainer” under the OpTic brand like you did when he was on Prophecy, or do whatever you feel is necessary. Just disband OpTic Nation or sell it off, and other teams will follow your lead.

Yeah, to be honest, this was more of a rant than anything else. It’s nice to be able to get it off my chest, though. I feel pretty strongly about all of this and I feel strongly about keeping the scene pure and competitive to the furthest possible extent. If you hate me for that, then fine, but know my intentions are pure and benign.

Oh, and I’ve said it before, so I’ll say it again. I’m an OpTic Gaming fan, not an OpTic fan. Just to clarify it all for you all.