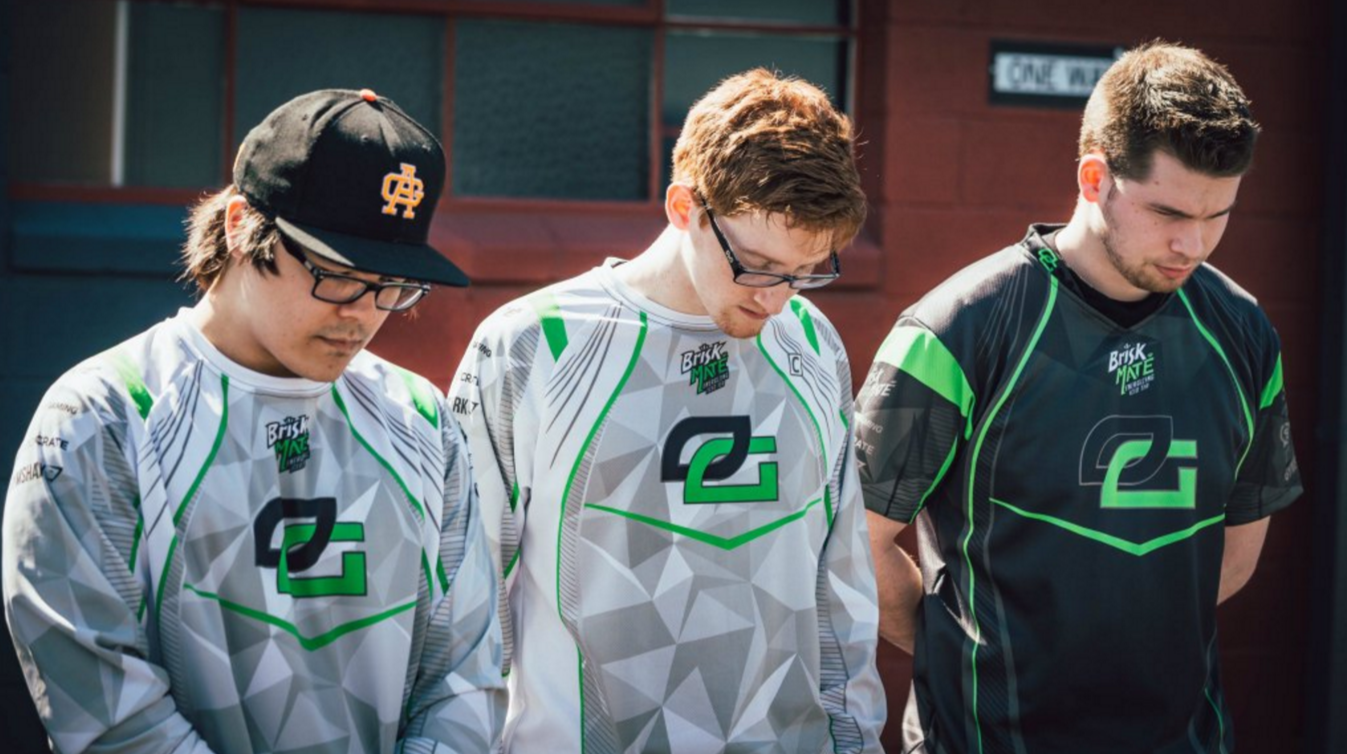 All photos taken by @MuggsyOG.

Stage 1 of the Call of Duty World League has come to a close across all regions, with North America deciding a champion this past weekend in Burbank, California. Find the general results here.

Relegation tournament action began at 10 AM PDT on Friday with Dream Team vs Cloud9 Eclipse. Eclipse took the first game, Fringe Hardpoint, by a score of 250-237 despite Adam “KiLLa” Sloss of Dream Team leading the lobby with 52 kills. They continued with their momentum, taking the following Infection Search & Destroy, 6-4. dT rallied and took the next three games to take control of the series. Eclipse responded by taking Stronghold Hardpoint, 250-216, to force a final and deciding game 7. The teams battled back and forth to the final round of Redwood Search & Destroy where Dream Team prevailed and officially secured their spot in Stage 2.

The second match of the day was between H2k Gaming and Team Liquid. Liquid won the first three games in convincing fashion and looked to be destined to qualify for Stage 2, but H2k had other ideas. In the fourth map, Breach Capture The Flag, H2k prevented the sweep with a 4-2 victory. H2k then took an intense Hunted Search & Destroy, 6-4, to further close Liquid’s series lead, and then continued to put them on their heels with a game 6 victory on Stronghold Hardpoint, 250-93. In game 7, H2k completed their seemingly impossible series comeback with a 6-4 victory on Redwood Search & Destroy. Was this the greatest comeback in Call of Duty eSports history?

The next matchup involved two giant North American eSports organizations, Counter Logic Gaming and Cloud9. CLG started the series with a win, taking Fringe Hardpoint, 250-222 but that’s where it would end for them as C9 responded with four straight map wins, securing their place in Stage 2.

In the last match of the day, Team Kaliber took on KingPapey. This match was previously set to start the day but due to Jevon “Goonjar” Gooljar-Lim being denied entry to the United States, ESL allowed the game to be moved to the back end of the schedule. This was done so Team Kaliber would have time to either allow Gooljar to enter the states or find a substitute. In the end, Gooljar could not enter the country and Team Kaliber decided that Marcus “MBoZe” Blanks, former professional player and current OpTic Gaming content creator, was a suitable substitute for the team. Early on in the series, it was evident there were chemistry issues for tK as KingPapey took Breach Hardpoint, 250-141, while also taking the next game, Infection Search & Destroy, 6-1. Team Kaliber was not out of it yet, however. tK shut out their opponents on both Evac Uplink and Breach Capture The Flag to tie the series up at two games apiece. However, the chemistry issues proved too much to overcome as KingPapey took the next two maps and the series to become the final team to qualify for Stage 2.

On Saturday, the first match of the Stage 1 playoffs was between second-seeded Rise Nation and the seven seed, Luminosity Gaming. Rise took the series lead early on with a 242-207 Fringe Hardpoint victory behind the slaying power of Sam “Octane” Larew. Despite John “John” Perez’s extraordinary effort on Hunted Search & Destroy, LG was not able to take game 2. Rise continued their winning ways with a 10-5 Breach Uplink victory in the next game as well. Game four, Stronghold Capture The Flag, was incredibly even throughout. Ten minutes of regulation gameplay was not enough to decide a victor so overtime was necessary. LG was able to shut out Rise in both overtime periods to win their first game of the series. On Fringe Search Destroy, Rise Nation was able to close out the series with a 6-3 victory.

In the next matchup of the day, the top-seeded OpTic Gaming faced off against eighth-seeded Team SoloMid. The series was predicted by many to be a blowout in favor of OG, but TSM came to play. In the first game, Fringe Hardpoint, OpTic asserted their dominance with a 250-136 victory. In the second game, TSM took Hunted S&D, 6-3. TSM was also able to come away with a 10-7 win on Breach Uplink to take control of the series score. OpTic Gaming was able to even the series with a 1-0 Stronghold CTF victory in game 4. TSM responded with a win of their own on Fringe S&D to lead the series, 3-2. OpTic stayed alive in the series with a 250-135 thrashing on Fringe Hardpoint, and then followed it up with a 6-3 Stronghold S&D victory to advance to the semifinals.

Team eLevate then took on a recently struggling Team EnVyUs. In the first game, eLevate crushed EnVyUs, 250-77. EnVy was able to answer back though, with a 6-3 Hunted S&D win to the surprise of many, because eLevate is heavily favored to beat most teams on SnD. EnVyUs looked like they had figured eLevate out after taking Breach Uplink, 14-11, but they did not, as Team eLevate took the next three maps to advance to the semifinals to meet OpTic Gaming.

In the final match, third-seeded FaZe Clan took on sixth-seeded compLexity Gaming. In the first game, FaZe won a tough Fringe Hardpoint, 250-213. On Hunted S&D, it looked like compLexity were going to be able to run away with it but FaZe was able to come back from a 4-0 deficit to take game 2, 6-4. FaZe further extended their series lead with a 10-7 victory on Breach Uplink. On Stronghold CTF, FaZe squeaked away with another victory in overtime. Overall, the series proved to be close throughout but FaZe was able to close out every game with a win as they completed a 4-0 sweep of compLexity.”

After a night of rest, the teams returned to the ESL studio to fight on “ Championship Sunday” . In the first match of the day, Rise Nation and FaZe Clan went to battle in a best-of-7 series. These teams were fairly even throughout Stage 1 with both head-to-head series going the distance. In this series, however, Rise proved that they are all business as they shocked many with a 4-0 sweep.

OpTic Gaming took on Team eLevate in the next match. OG had struggled mightily with a surprising TSM squad on Saturday but they did not have a problem with Team eLevate on Sunday. OpTic swept eLevate in four games, dominating the respawn game modes while stealing Redwood S&D in game 2.

In the Grand Finals of the North American Call of Duty World League Stage 1 Finals, the number-one seed, OpTic Gaming faced off against the number-two seed, Rise Nation. Both teams had a claim to being called the best in North America. OpTic dominated the competition in Stage 1 with a 20-2 record and Rise won the only two North American events of Black Ops III. Many expected an incredible and competitive series and that’s exactly what we got: the top two teams proving to everyone that they undoubtedly deserve to be the Grand Finals. In game 1, OpTic jumped out to a 50-point lead early and never relinquished it, winning 250-201. Both teams were known to be fairly even in Search & Destroy but OG showed their experience with a 6-2 victory on Breach S&D. In game 3, OpTic dominated the entire game, winning Fringe Uplink, 14-2. Rise wasn’t out of it just yet though. They fought back and took game 4, 5, and 6 to even the series and force a final game to decide the North American Stage 1 champion. In game 7, OpTic and Rise traded rounds back and forth to get to the last possible round in Infection S&D. In the last round, OpTic was able to pull through and become the inaugural North American Call of Duty World League champion.