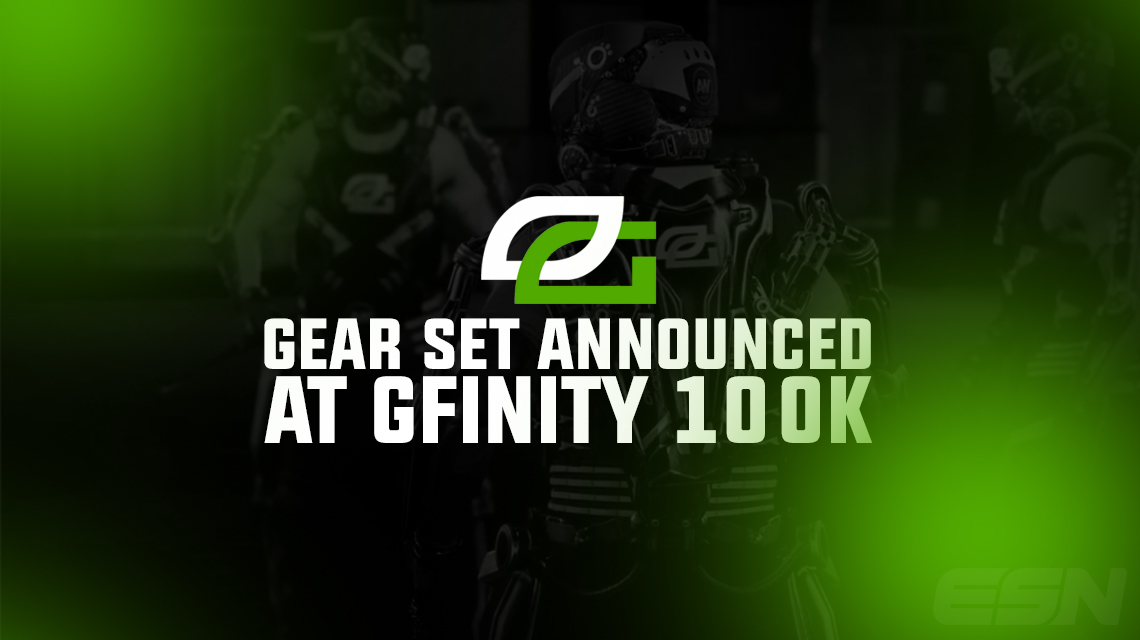 Activision and Sledgehammer Games have officially unveiled the OpTic Gaming “Gold” Gear Set for Call of Duty®: Advanced Warfare, set to release on Aug. 10, 2015. This elite character gear set has been awarded to the organization after winning the  MLG Pro League Season 2 Playoffs’ gold medals at X-Games Austin 2015, along with multiple event championships obtained within the last year.

The announcement was made official, on-stream during the Gfinity Call of Duty Summer Championship in London, England. You can watch the rest of event on Gfinity Live TV.

The OpTic Gold character gear set will be made available via Supply Drops and Advanced Supply Drops first on Xbox One within two weeks. There are “special giveaways planned over the coming weeks ahead,” as stated within Sledgehammer’s announcement video on Twitter. Be on the lookout for full character set giveaways on both Sledgehammer Games and OpTic Gaming’s social media outlets.

The OpTic Gold gear set features a green and black helmet, loadout and exosuit with an OpTic Gaming logo, inspired by the 2015 Green Wall jerseys that the team wore at MLG X-Games 2015.

*Note that the only gold on the gear set is located on the AW logos surrounding the character. The gear set will only be available on Call of Duty: Advanced Warfare.

Will you be purchasing the OpTic Gaming Gold Character Gear Set on Aug. 10? Let us know. Follow @eSportsNation for more Call of Duty coverage and content.