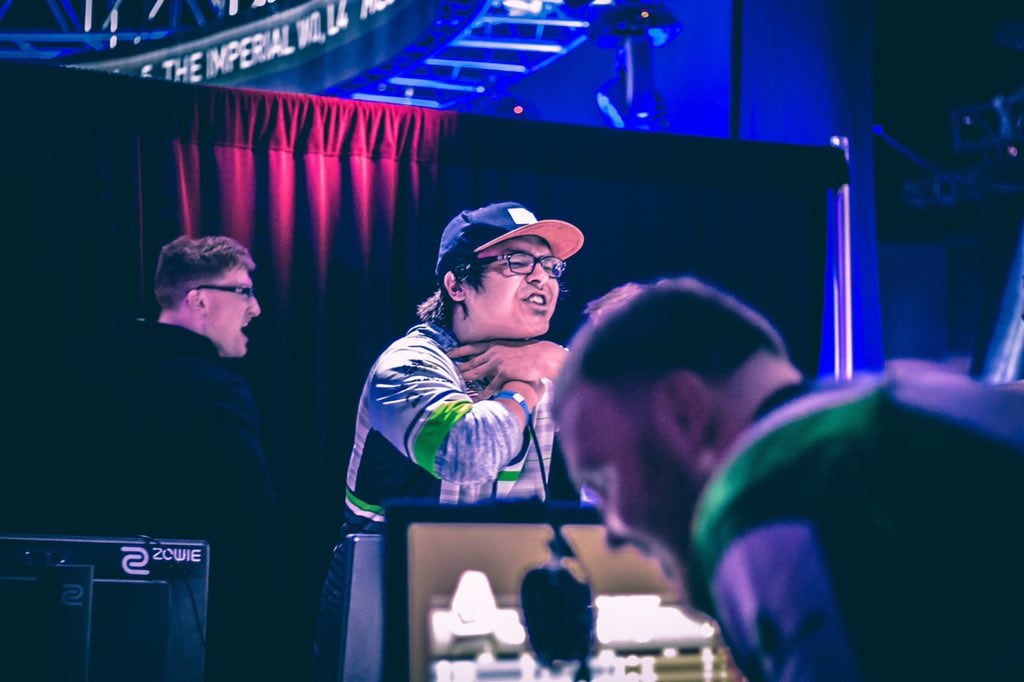 The start of the Call of Duty: Infinite Warfare season didn’t go according to plan for OpTic Gaming. At the first LAN event of the season—the Call of Duty World League Las Vegas Open—the tournament favorites were shockingly sent home with a top-six finish.

The Green Wall knew something had to change after Vegas—and one of the major decisions that OpTic made involved Matthew “FormaL” Piper assuming the role of in-game leader.

“I was playing a lot of Search and Destroy tournaments when the game was first released,” FormaL told Dot Esports. “So I was kinda ahead of everybody in Search at the time. It started small with me saying ‘this usually works’ or ‘this doesn’t,’ but then, over time, I grew into that role by being ahead of everybody. My teammates knew that as well, so they were like ‘tell us what to do.’ I told them, and they liked it, so I’ve just remained at that role for now.”

FormaL’s role on the team helped OpTic greatly improve their Search and Destroy gameplay, evident from their impressive losers bracket run and second-place finish at CWL Atlanta in February. But anyone who follows OpTic Gaming knows that the Green Wall isn’t satisfied with anything other than first.

Still, FormaL and the rest of OpTic learned from their run in Atlanta as they prepared to head across the pond for the CWL Paris Open one week later.

“At Atlanta, when we came back through that losers run, that kinda helped us find each other as a team, not just in-game but out-of-game, and showing a resilience that we haven’t seen in a long time,” FormaL said. “Meshing really well in and out of game at the same time propelled us going into Paris, and that’s why we looked so strong in Paris.”

This is when OpTic got back on top, dominating the competition to take home their first LAN championship of Infinite Warfare in Paris.

But they didn’t stop there.

One month later, OpTic won their second straight LAN event by taking home the title at CWL Dallas in March. It’s tough to argue against OpTic being the best team in Call of Duty right now, and one of the biggest reasons why they’re back on top is due to FormaL’s emergence as the team’s in-game leader.

Although he has taken on this new role for OpTic, FormaL’s level of play hasn’t decreased by any means. In fact, many fans and experts argue that this could be FormaL’s best Call of Duty game to date—even if he isn’t too sure about that himself.

“It’s tough to say,” FormaL said. “I’ve been really good at this game so far, but usually what happens every year is I start slow and get better as the game goes on. This is the first time that I’ve started really good and kinda remained the best throughout the past few months, so that can only mean good things going into Champs.”

Because the 2017 Call of Duty World League Championship isn’t until August, FormaL and OpTic are currently preparing for their week of action in the CWL Global Pro League. While OpTic plays well online, FormaL thinks that his team will still thrive on LAN.

“It doesn’t really help us too much, only because we are really good online,” FormaL said. “But we obviously like playing on LAN more because there are more consistent results, whereas online can be very fluky. Just being in the environment of tournaments on LAN is a way better feel that fits our team much more.”

As one of the winningest players in Call of Duty history, it’s safe to say that FormaL and OpTic truly are comfortable in a LAN environment. But even on LAN, there is one aspect of Infinite Warfare in particular that FormaL doesn’t like.

“I dislike how the kills you get don’t feel very satisfying,” FormaL said. “The last time I felt really good about getting kills was Advanced Warfare. I don’t know what [Sledgehammer Games] did differently, but it just felt more satisfying getting kills, and I wish that I had that feeling in this game.”

No matter what, there will always be certain aspects of Call of Duty games that the professional players dislike. On the other hand, it’s not too difficult for someone like FormaL to point out what he likes most about Infinite Warfare when he’s playing for a team as successful as OpTic Gaming.

“The thing I like most about this game is that it forces every team to do things together,” FormaL said. “This is the first Call of Duty I’ve played where you can do something totally random, but if you do it together, it can actually work. In other games, you could try to do stuff, but there was just a certain way of playing that worked, and everything else just didn’t work. So this game forces you to use teamwork and I like that a lot.”

Green Wall fans will undoubtedly hope that FormaL and his teammates are working well together when OpTic travels to Columbus, Ohio for their week of action in the CWL Global Pro League.

OpTic will try become the first team to go undefeated in CWL GPL group play—and FormaL’s ascension as an in-game leader will be a big reason why this could be a possibility.