Two perks that have seen use in competitive Call of Duty: Vanguard play throughout the 2022 season have been moved to different slots in the create-a-class system over six months after the game’s release.

Sledgehammer Games revealed today that Ninja and Survival Training have been moved to the Perk 3 slot in Vanguard. No additional details regarding the reasoning for these perk slot changes were provided in Sledgehammer’s official patch notes.

Ninja has historically been a popular perk choice in competitive play because it allows the player to move silently. Survival Training, in Vanguard, reduces the effects of stun grenades, similar to the Tactical Mask perk seen in other Call of Duty titles.

Prior to today’s update, both Ninja and Survival Training were Perk 1 options in Vanguard. Now, competitive players, in particular, will have to choose between Ninja, Survival Training, and Double Time—a perk that doubles the duration of your tactical sprint—for their Perk 3 slot. 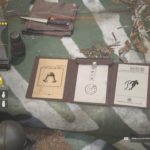 This change also effectively means that Fortified, a perk that reduces the damage a player takes from explosives, is the only main option for the Perk 1 slot in a competitive custom class.

It’s unclear what impact these perk slot changes will have on professional Call of Duty play. The Call of Duty League is set to enter the third week of online qualifier matches for the 2022 season’s Major Three, which will be held in Toronto from June 2 to 5.

The season three reloaded update in Vanguard will go live tomorrow at 11am CT.