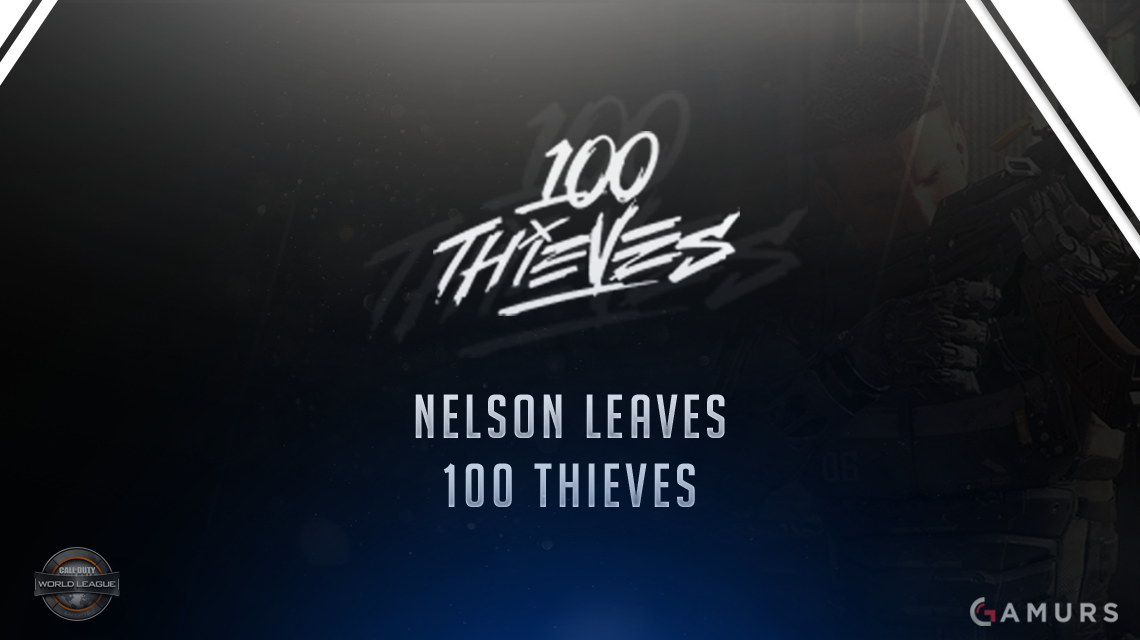 Brandon “Nelson”McKinney has left the Hundred Thieves Call of Duty World Leagueroster, stating so in a Twitlonger post. This is the first roster change forHundred Thieves since their inception last month, when they signed“King Papey”, a new CWL team consisting of Examples,Johnny, Nelson, and Royalty. McKinney said that there were severalreasons for leaving but he was mostly disappointed with theteam’s performance and lack of improvement, and that he wouldbe better off on another team.

He also said that he was theonly one on the team that practiced heavily and he couldn’tget the other three to work on improving their weaknesses, leadingthem to struggle thus far in Stage 2. Hundred Thieves is currently10th in the North American division with a record of 2-6, butMcKinney’s confidence hasn’t wavered, saying that hehas “one of the best HP games, and the best SnDk/ds.”

A few prominent figures in theCall of Duty scene commented on McKinney’s post, most notablybeing Jordan “JKap” Kaplan, a long-time professionalplayer and current member of Team EnVyUs who said that McKinneyshould reconsider his choice to leave the team if he doesn’talready have another CWL team, presumably because of the difficultyto re-qualify for the next stage or the Call of DutyChampionship.

McKinney also stated that therewere some “behind the scenes things” that turned himoff from the team, even going as far to say that he is“finally free” from the team. He said he hopes that aCWL team will take a chance on him and promoted that playerscontact him for future teams.