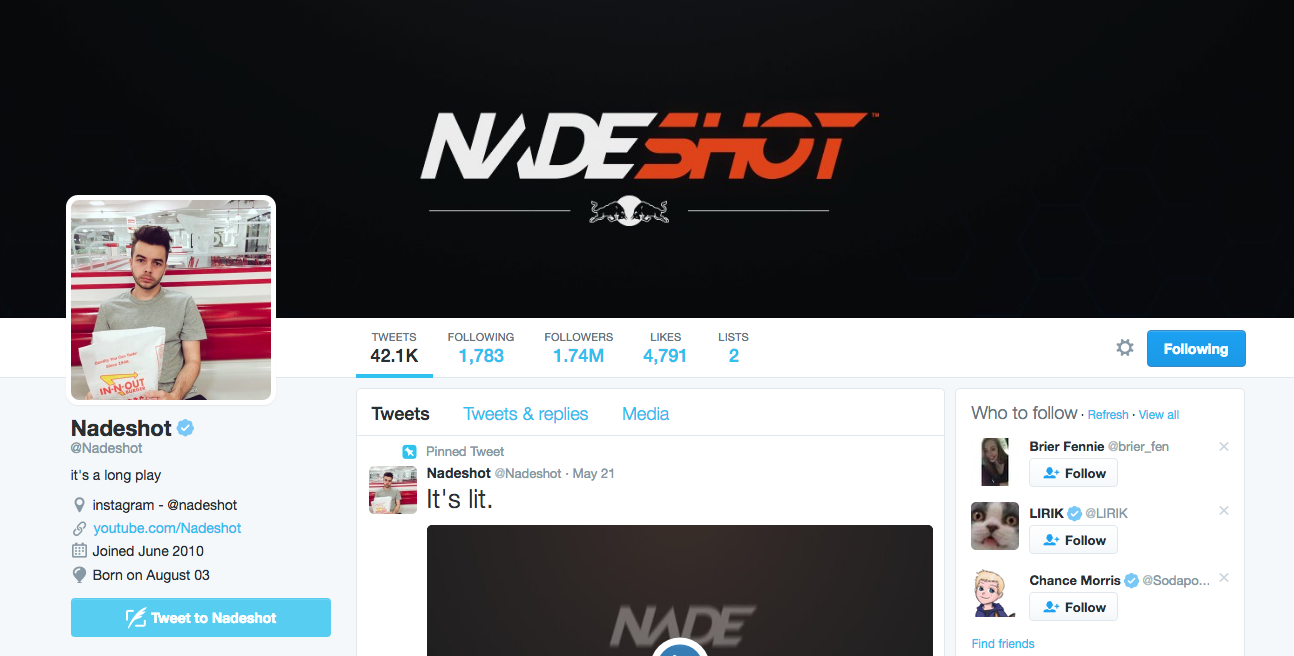 It looks like Matthew “Nadeshot” Haag might be making some moves here in the coming weeks. After a nothing-short-of-disastrous rollout of his organization, Hundred Thieves, there is no doubt that Nadeshot has some thinking to do about his immediate future in the world of esports.

Would he want to remain a team owner? Would he want to perhaps try coming out of retirement? Would he want to drop his still-newborn team and try to join another team as an owner or player/content creator? For instance, he could rejoin his old organization, OpTic Gaming; or he could join an entirely different organization, like, as suggested by some in the community, FaZe Clan (He has been making multiple videos with the leaders and owners of FaZe as of late, leading some to believe that he is building a close working relationship with them that could extend to a formal relationship soon).

After his team’s last-place finish in the Call of Duty World League, Nadeshot made the decision to release the team; in the roster drop announcement on Twitter, he wrote, “We’ll be back stronger than ever.” However, he indicated that there were many decisions he had to make regarding the brand and that he would have to think long and hard about it’s future; those remarks (not verbatim) were made prior to his dropping of the entire 100T roster.

There has not been one mention of the team in the last few weeks. While one of the content creators on the team, Nickmercs, continues to have the team listed in his Twitter bio, Nadeshot’s remarkable silence on the future of his team has led many to speculate that he does not intend to continue with the Hundred Thieves brand.

That is not all. He has not mentioned Red Bull, one of his primary sponsors, in any of his videos lately, and he has also removed his references to the brand from all of his social media, barring some of his graphics (Twitter header, YouTube header and Twitch offline screen). This has led many to believe that his sponsorship with the brand has now ended, or that he is intending to join another team with a conflicting energy drink/beverage sponsorship (naturally, he would be abandoning the future of Hundred Thieves).

Regardless of what this all means, there is no doubt that in the coming weeks, Nadeshot is going to be revealing some big decisions he has made regarding both his future and his team’s.

What do you think this could mean? Let us know in the comments section below.