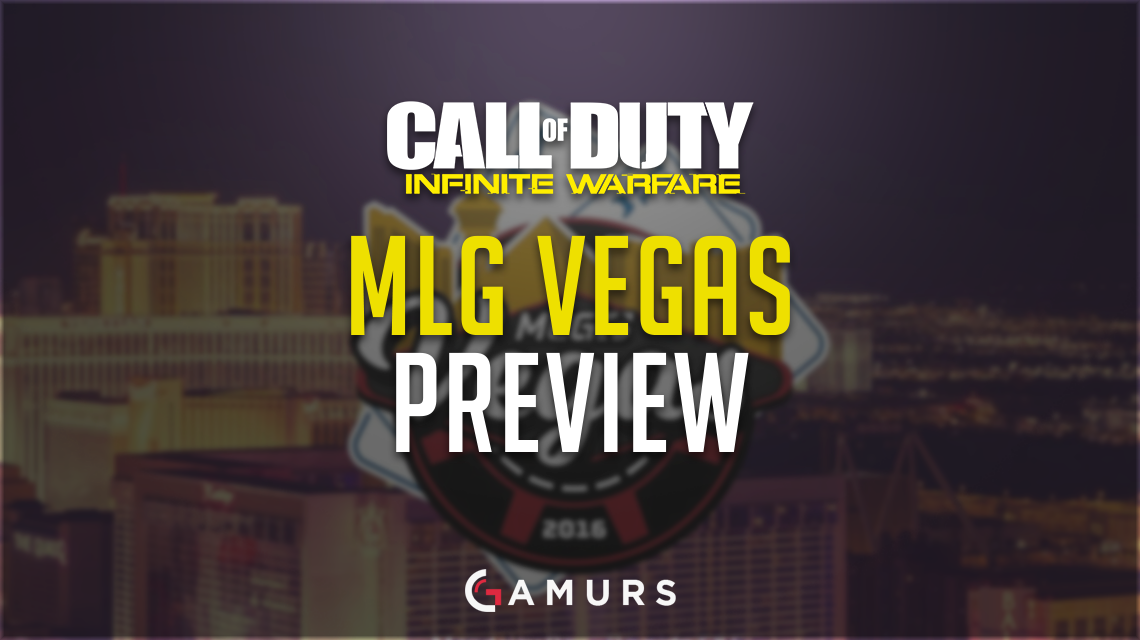 MLG Las Vegas Open 2016 is the first major LAN event for Call of Duty: Infinite Warfare. The event will take place in Las Vegas, Nevada, from Dec. 16 to 18. For those unsure of the event specifics, you can find them here.

MLG Vegas will feature four groups consisting of four teams each. The first two teams in each group qualified for MLG Vegas pool play through their placements at the 2016 Call of Duty World Championship. The third team in each group qualified for pool play through a GameBattles Online Qualifier, and the fourth team will come from open bracket play at the event.

Below are the groups and rosters for MLG Vegas.

Teams that finish within the top eight receive a monetary prize, as well as an allotment of Pro Points.

Since this is the first major LAN of the year, there are a lot of things to look out for from specific players and teams.

OpTic Gaming – This is a given thanks to the star-studded roster making their return for yet another era of CoD. After falling short of expectations and placing top-eight at the CoD Champs three months ago, the squad is bound to have a chip on their shoulder. One specific player can’t be specified to watch, as they are all dominant. However, Scump is the man to watch considering he is the face of OpTic’s roster. His adaptability to fit whatever the team needs adds to the fact that he can do a little bit of everything, and he can do it well. Even when his team falls short of expectations, Scump will put up top five K/D numbers without breaking a sweat.

FaZe Clan – The reigning PlayStation Invitational champions, FaZe has always been a fan-favorite roster. Despite arguably falling short of expectations in Black Ops III, the squad is revitalized after a heartbreaking loss to Splyce at CoD Champs. Again, it’s hard to pinpoint one specific player on FaZe to look out for because they are all strong players. However, Clayster is the man who deserves attention due to the fact that he plays every game as if it’s his last. That, and the fact that he also consistently finishes among the best players in the lobby.

Team EnVyUs –  How could you forget the reigning CoD Champs? They ripped through their competition at CoD Champs and made sure their claim for the CoD throne was undisputed. Of all the players on their squad, CoD Champs MVP John is the one who you should keep a close eye on. He has quietly been one of the best slayers in CoD for years, and he has finally garnered recognition. Now that he earned one MVP, will he continue to be dominant through this iteration of CoD?

Team Orbit – The runner-up at the PlayStation Invitational deserves a look, not only because of how coordinated and fluid the team looked, but also because of their fiery leader in Rhys “Rated” Price. He was a runner-up at CoD Champs with Splyce, but after a quick turn of events, Rated ended up on Orbit. After that and his possible new rivalry with FaZe, Rated has a chip on his shoulder, His squad has to climb through open bracket, but that shouldn’t be an issue for them, as they swiftly dismantled teams at the PlayStation Invitational.

Cloud9 – This squad deserves a look because they have none other than one of CoD’s greatest in ACHES. The bane of the Green Wall always plays with heart and has recently seen a resurgence in his commitment to playing the game (he streamed for 42 days straight). C9 finished in a respectable top-sixth place at CoD Champs, but they had less than a month of practice as a team going into it. Now with plenty of practice time and ACHES, who has won the first LAN event he’s attended for every CoD except BO3, expect C9 to make a strong run for the crown.

What are your thoughts heading into MLG Vegas? Who do you think will take the crown? Let us know in the comments below or by tweeting us @GAMURScom.