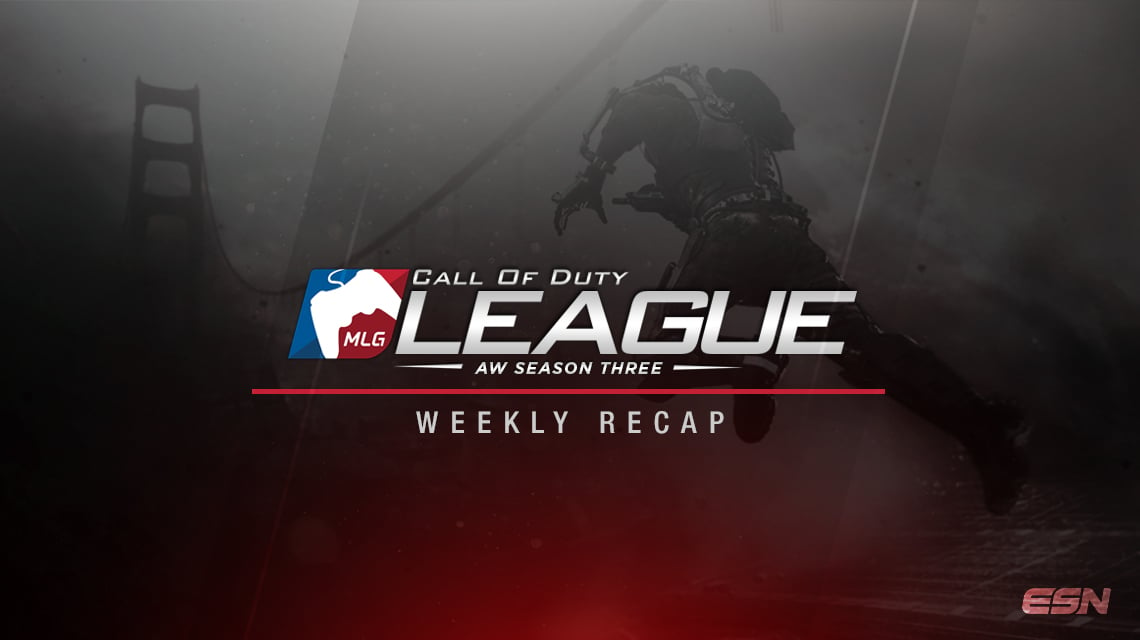 The first week of Season 3 of the Major League Gaming Pro League is now in the books, with plenty of exciting and entertaining matches taking place over the past few days.

Over the next few weeks, 12 teams will be competing for a spot in the Season 3 Playoffs and their share of $175,000. OpTic Gaming has dominated seasons one and two, winning it all both times. They’ll be the favorites for this season as well. Can they maintain their level of play?

Here is a brief day-by-day recap of each match from the start of the new MLG season.

In the very first match of Season 3, the reigning champions OpTic Gaming squeaked by the new Team EnVy roster with a 3-2 victory, including a 3-5 comeback on Game 5 Recovery Search and Destroy. Despite having a massive roster change just hours before their match, Rise Nation was able to defeat Epsilon 3-1. iSolation Empire defeated Team Orbit 3-1 and Denial eSports rounded out Day 1 with a 3-2 victory over Team Kaliber.

OpTic Nation and Team eLevate looked strong in their Season 3 debuts, with OpTic Nation defeating Team Kaliber 3-1 and eLevate taking down Epsilon 3-2. Denial continued their early winning ways with a 3-0 win over Rise, and OpTic Gaming was able to defeat iSo 3-1 in the last match of the night.

On Day 3, the new FaZe roster made their Season 3 debut with an impressive 3-0 win over eLevate. Orbit was able to earn their first win of the season with a 3-2 win against Epsilon, and EnVy made the 0-2 comeback in order to defeat OpTic Nation 3-2. Team Kaliber rounded out the night with a hard-fought 3-2 win over iSolation Empire.

EnVy opened the night with another 3-2 win, this time against eLevate. The rest of Day 4 was filled with 3-0 victories, starting with Orbit defeating TCM Gaming 3-0 in TCM’s Season 3 debut. OpTic Nation was then able to take down Rise Nation 3-0, but the main event of the night was OpTic Gaming vs. FaZe. While the individual games were close in terms of score, OpTic still asserted their dominance and came away with the 3-0 win.

Here are the full standings of the MLG Pro League after the first week of action:

Which moments from Season 3 have been your favorite so far and which teams have surprised you the most through week one? Let us know by commenting below or tweeting us @eSportsNation.