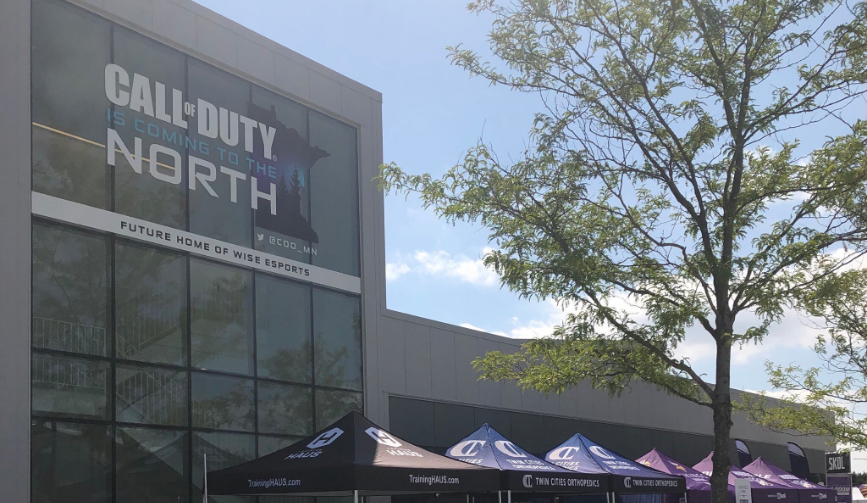 Call of Duty will adopt a city-based franchising model and begin hosting home games around the world in 2020. Seven teams have been announced, but only one isn’t already a part of Activision Blizzard’s first franchised league, the Overwatch League.

That team is the one located in Minnesota, owned by WISE Ventures, the investment organization of the Wilf family, who own the NFL’s Minnesota Vikings. This is the family’s first step into esports, but it has high hopes for Activision Blizzard’s second league. The organization already has long-term plans to evaluate building an esports arena on the same campus as the Vikings’ training facility.

Brett Diamond, the COO of WISE Ventures Esports, the parent company of the Call of Duty League team, talked with Dot Esports about WISE’s interest in Call of Duty esports, the Vikings connection, and more.

This is WISE’s first move into esports, so why did you guys pursue a Call of Duty League spot over something else?

Diamond: WISE Ventures, obviously led by the Wilf family, had explored various opportunities in esports over the past few years. It was never important to them to be the first ones into the space, but all along, they had a sense they wanted to get into it when the timing felt right.

With the franchise being located in Minnesota, do you plan to build your lineup with Minnesota-based players or will you sign the best available talent regardless of region?

Our goal will be to bring on board the best available talent. We’re looking for a GM right now—that will be the person that’s really tasked with building the team. I think certainly to the extent that we can find talent with Minnesota roots, that’s obviously a great situation to be in. Any team, whether it’s esports or traditional sports, if you can find a player that’s very successful and that’s from that area, that’s going to resonate with the fans even more.

But we want to make sure we put the best team on the field [laughs]—the best team out there to compete. That’s going to be our priority—finding the best players.

Do you think your franchise is at a disadvantage when compared to Toronto or Dallas because they’ve been involved in Call of Duty esports for several years?

I think there are pros and cons to both. I don’t look at it as it being an advantage or a disadvantage—our situation is different. We know we need to hire some people that have great experience in esports and we’re talking to several people for the coaching role, the GM role, for other roles with the team. And long-term, if we make the right hires for those positions, we’ll be in a good position to succeed.

With the Call of Duty League immediately going to a homestand model, where will the Minnesota Call of Duty franchise play their home games?

I can’t confirm the specific location simply because we don’t exactly know where it’s going to be yet. We’re talking to several venues in the market and I think we’ve got some really good options, but we just haven’t made a final decision yet. But the nice thing about this market is that there are a lot of good options.

We’re extremely excited to bring events here in year one. I think we’ll be in the position to announce it probably in the next month or so.

Esports is relatively young, especially when compared to traditional sports like baseball, but where do you see Call of Duty esports specifically in two or three years?

The way we look at it is, esports is the next evolution in sports and entertainment. Just like things have evolved over the last 100 years, they’re going to continue to evolve.

To answer your question more specifically about Call of Duty, we come back to the historic success of the game and the franchise—it’s established, it’s been around for a long time. Certainly from our standpoint, we want to make sure that we have a team and events and an organization that appeals to fans that have been fans of the CWL for a long time, while at the same time, we want to reach out to people that have played the game for a decade-plus but for whatever reason haven’t engaged with the esports side of it.

Success is a relative term, but what would success look like to you in the Call of Duty League?

It’s an interesting question. I think certainly we want to build a team that’s going to be competitive. Like any team in any sport, we want to be in it to field a competitive team and win, right? On the business side, I’m picturing a sort of ‘you know it when you see it’ moment.

It’s our first home event and hopefully, there’s a great crowd and everybody’s into it. Our team is being introduced and the crowd is cheering and the place is rocking. That’s kind of the moment where we’ll say, ‘Okay, the initial run out of the gate has been successful.’

Long-term, for all of these teams, it’s about building a brand that appeals to both hardcore fans and a broader fanbase as well, while also building sustained success competitively. I think if you can find that sweet spot in any sport, you’re going to be in a good position.

How do you turn, for example, a Minnesota Vikings fan that’s never watched esports into a Minnesota Call of Duty fan?

We’re going to be very, very thoughtful about how we play into the Vikings angle. We want to make sure that we’re not forcing anything on anyone—whether you’re a Vikings fan or a Call of Duty fan. I think there’s certainly a lot of overlap there, and probably more overlap for Call of Duty than other esports. But we want to be very thoughtful with how we approach that.

Even around our announcement on July 1 and since then, we haven’t been putting out a lot on our Vikings social media channels about the Call of Duty team. There was a fair amount of media coverage about it, but we’re going to wait until probably sometime in the fall to market more directly to Vikings fans that we feel like fit the profile of someone that would be interested in the Call of Duty team.

The Wilf family has been incredibly supportive of the Vikings organization with US Bank Stadium and the practice facilities, so we’ll bring that same level of professionalism and dedication to the new sports organization as we build out a practice facility. And in the long-term, we’re going to evaluate building an esports arena on the campus that the Vikings training facility sits on in Eagan, Minnesota. There’s a lot of due diligence that has to go into that—it’s not something any final decisions have been made on—but it’s something we plan to look at and evaluate.

At the moment, you’re the only Midwestern team in the Call of Duty League. Is part of reasoning you don’t want to be directly tied to the Vikings because you don’t want to lose out on the untapped potential of the Midwest where there are non-Vikings fans?

I think that’s pretty right. The way we want to position it is, if you’re a Vikings fan and you want to see that connection, there will be subtle connection. We haven’t announced the team name or the branding, but there will be some nods in the direction of the football team—whether that’s in colors or different things. But it’s not going to be so upfront that if you’re not a Vikings fan, you’re not going to embrace it.

The way I probably can best describe it is that we want there to be subtle ties from a branding and connection standpoint between the new organization and the Vikings, but we don’t want to do it in a way that if you’re in Wisconsin and a Packers fan, you’re not gonna want to be a fan of this team because there’s clearly a Vikings tie.

There are quite a bit of people that think a city-based franchising model is not a good move for Call of Duty esports and that it will irreparably harm the esport. What do you have to say to those people?

We’re not going to ask anybody to give up their old loyalties or affinities. If somebody is a fan of a current Call of Duty team that is making the transition to the new league, they can still be a fan of that team and they can be a fan of the Minnesota team. I think it would be misguided for us to try to convince anyone to give up old loyalties and that’s certainly not something we’re not going to do. But I think there’s room for fans to maintain those loyalties and be a fan of the Minnesota team. Now, which team they’ll cheer for when we play each other, I guess we’ll see. Who knows? Hopefully they’ll cheer for us.

But we want to build a brand and a team that fans in our region and everywhere can get excited about and be proud to call their own. I will say that based on the feedback we’ve seen on social media, specifically related to our team, there really has been almost no negativity around that. The vast majority of the comments we’re seeing are very positive and people are excited.