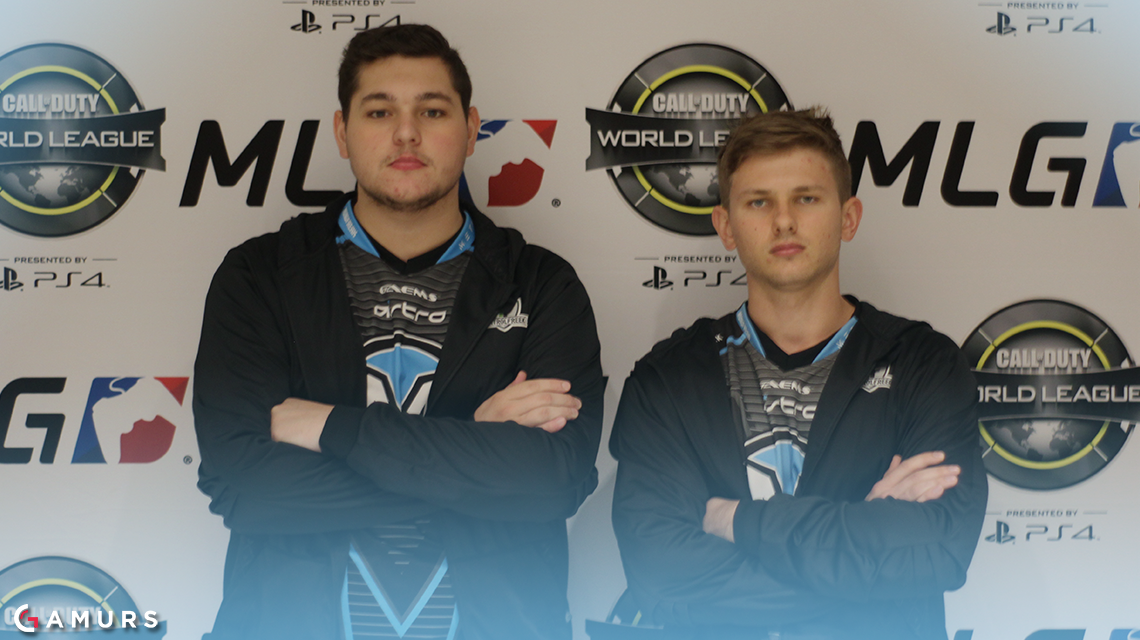 It may be early in the land down under, but Australian fans will be pleased to wake up to the news that Mindfreak has qualified for pool play at CWL Atlanta. Highly regarded as the best team in the APAC region, the Mindfreak roster, consisting of Mitchell “BuZZO” Mader, Cody “Excite” Rugolo, Conrad “Shockz” Rymarek and Lincoln “Fighta” Ferguson, came into this event to try and make a name for themselves on an international stage.

Looking at their run through the open bracket, BuZZo thought that all of their matches were tough.

“Every match has been hard,” BuZZO said. “Coming over to America, obviously we don’t overlook anyone because it’s open bracket.”

On the other hand, Excite was quick to mention that their match against Epsilon, the qualification match, was their most difficult series at this event so far.

Epsilon’s current roster, formerly known as FAB Esports during Black Ops III, jumped out to a commanding lead by crushing Mindfreak on game one Breakout Hardpoint. “Breakout is our worst map, so we thought if we lose this, we still have two more maps,” Excite said.

Excite’s mindset paid off, as Mindfreak won the next two maps in order to qualify for pool play in Atlanta. However, BuZZO was having flashbacks to last year’s Call of Duty Championship, where FAB crushed them in group play.

“We were confident playing against FAB (now Epsilon) at CoD Champs, and they absolutely destroyed us in that first map too,” BuZZO said. “So, when we lost that first hardpoint today, I was thinking ‘let’s not have a repeat of CoD Champs.’”

Mindfreak will now compete in Group A, which was considered by many to be the “Group of Death” entering this weekend. But, BuZZO and company are just looking forward to their matches, no matter who they play against.

“I honestly couldn’t even tell you who’s in each pool,” BuZZO said. “That’s how hard we’ve been focusing on ourselves and open bracket. But every group is stacked. I think this is the first time ever that every single pool has an amazing team.”

Nevertheless, Mindfreak is in a good position to make it out of pool play, if they can win some tough matches against the likes of FaZe Clan, Rise Nation, Team Infused or Enigma6. But, at the end of day, BuZZO said that his team is here to earn more pro points.

“We’re here for the [pro] points; that’s what we came for originally,” BuZZO said. “I honestly think coming through open has helped us because we have games under our belt, we’ve been getting good practice and there’s no pressure on us anymore.”

Looking outside of the specific games today, Excite said that his team definitely is motivated to travel to North America and face off against all of the best teams in the world.

“Of course it does,” Excite said. “The Europe and APAC regions just want to make a name for ourselves. We want to be respected, hang with [the NA teams] consistently and have constant placings at international events.”

BuZZO also chimed in, saying that he believes the upcoming CWL LAN League could be a huge opportunity for his team.

“I think the best thing that’s ever going to happen for us is the CWL LAN Lague,” BuZZO said. “We’re good enough to be there, but it’s always just the small things that have separated us from the pack.”

Continuing on that train of thought about worldwide competition, BuZZO thinks that North American teams are at an advantage in terms of the high quality of practice readily available to them. With several strong teams in NA compared to APAC, BuZZO definitely makes a point that it’s much easier for NA teams to consistently practice against other extremely tough opponents.

“We don’t have the practice that teams like OpTic Gaming get,” BuZZO said. “When they scrim, practice or play 2Ks, every game is a grind. They can get punished by another team, whereas we play in Australia and we don’t get punished as often. We get punished here and there, but it’s not something where we’ll play and then say ‘okay, let’s not do that again.’”

Excite added onto that point, using their most recent open bracket match against Epsilon as an example. “Even against Epsilon, for example; they’re not American, but we made one mistake at the start and then it just snowballed,” Excite said. “But, we might have been able to bounce back from that mistake in APAC.”

At the end of the day, BuZZO and the rest of Mindfreak are just trying to do their best to show the international competition that they are here to stay.

“It’s all about minimizing mistakes,” BuZZO said. “The more you play against better competition, you can adjust to different situations better, and then you just have to close down the skill gap and not make mistakes.”

Mindfreak has definitely proven that they are the top team from the APAC region, and they will continue to battle against the best teams in the world throughout the rest of this weekend at CWL Atlanta.

What are your thoughts on Mindfreak’s performance so far this weekend? Let us know by tweeting us @GAMURScom.