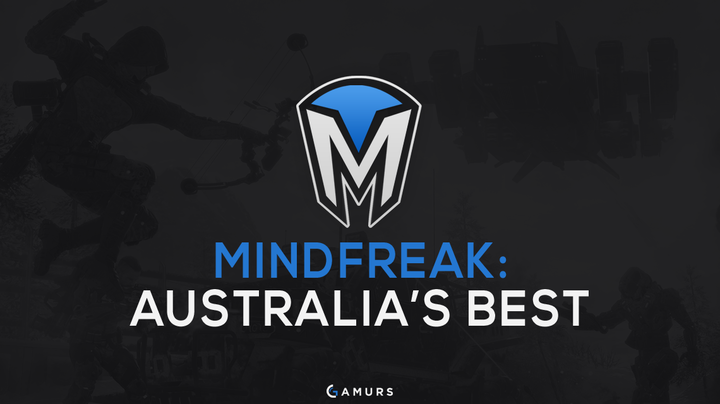 Mindfreak is the best Call of Duty team in Australia. They don’t boast about being great and are humble in receiving this praise – they simply don’t walk and talk as if they are invincible. But, the numbers don’t lie.

The squad holds numerous amounts of top KD’s on various maps and game modes. The team has a 1.21 KD (.17 higher than second). They won Season One and Season Two Finals, as well as had a combined 22-6 regular season record with both seasons combined.

The roster is made up of:

In addition to all these accolades the team has earned this year, these guys played together at COD Champs last year and placed 6th. All this combined and the guys are looking to make a further push into COD XP this year. But despite their previous achievements, they often are questioned as to whether they can hang with North America and Europe, or even if they’re the best team in ANZ.

After the first game of the of the event, Mindfreak is 0-1 (loss to Luminosity Gaming) in match count, but 2-3 in map count.

“Luminosity is one of the better teams in NA, they took down OpTic Gaming, who is often seen as the best team in the world,” said BuZZO. “If we can hang with them, we should be able to make some waves.”

The team looked strong in every game against Luminosity, except for the Game 5 Search and Destroy.

“Luminosity came out hot and Saints got off to a great start, getting a Dart and his Kinetic Armor and that’s a pretty snowbally setup,” said BuZZO. “It’s hard to come back from that, things simply didn’t go our way.”

They aren’t afraid to admit their faults and their shortcomings in games. They do not shy away from recognizing when they get stomped on. But, instead of lingering on it, they take their map loss and move on to be better because they can’t afford to tilt here.

Mindfreak doesn’t care about the past. They don’t act or speak as if their group with Chiefs eSports Club (ANZ), Luminosity and FAB Games (EU) is going to be easy to advance through. Despite being arguably the best team in that pool with Luminosity, Mindfreak isn’t overconfident or complacent.

After technical issues that were out of the hands of Activision, Mindfreak was able to play Chiefs later in the evening. In typical Mindfreak fashion (Mindfreak has not lost to Chiefs in the past two seasons), they were able to 3-1 them and even out their pool play record for the day 1-1.

For Day 2, Mindfreak is set to match up against FAB, who is currently 2-0 in the pool. For more results on how Day 1 went in Group C, check that out here.

After speaking with BuZZO and Denz, who are two extremely knowledgeable and passionate guys, it’s no surpise that Mindfreak has been such a strong team for two game generations now.

With their recent play during Day 1 and brimming competitive mindset, Mindfreak is proving that they are not here to do anything other than compete. They do not care about anything else other than dispelling the shroud that ANZ isn’t able to hang with NA or EU, and that Mindfreak is the best team in ANZ.

What are your thoughts on Mindfreak? Do you think they’ll make a strong showing today and move on repeat, or even beat, their placing from last year? Let us know by commenting below or tweeting us @GAMURScom.