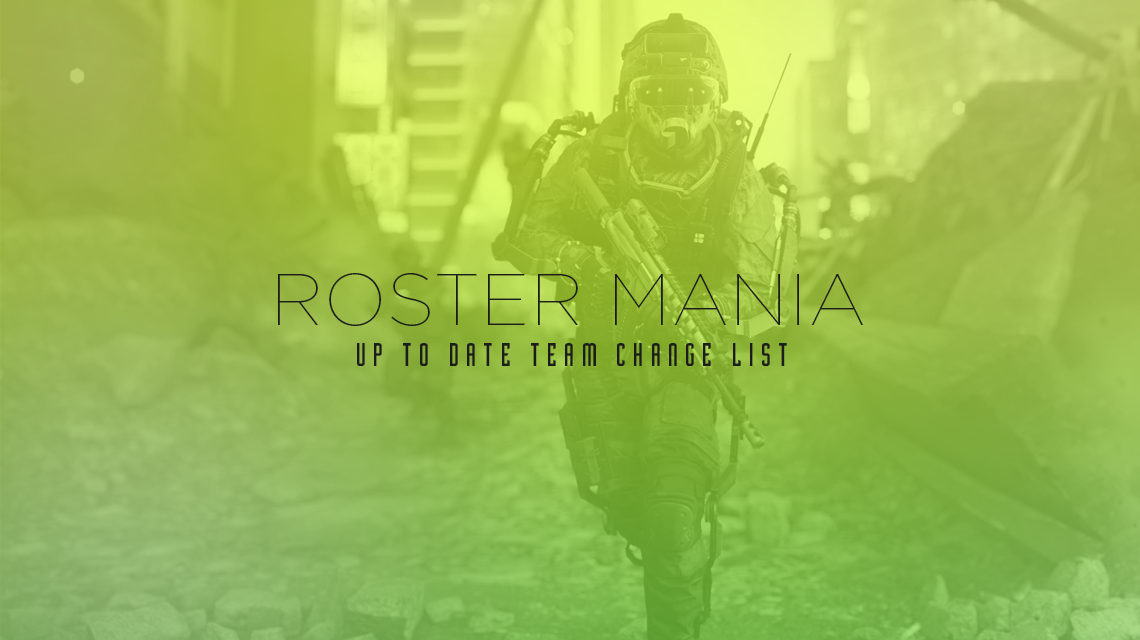 Call of Duty fans everywhere, I present to you: Rostermania. It’s the most wonderful time of the year in which professional players scramble around their squads and organizations with the hopes of creating a functional roster that will compete with higher skilled teams with already solidified rosters. It feels a lot like musical chairs in Call of Duty, except the better players remain sitting down in their chairs for years and the players still looking for chairs end up next to a person they’ve never played with when the music ends. The roster lock for Call of Duty: XP was at 12:00 a.m. PDT on Aug. 11, and the music has stopped. It’s time to take a look at which chairs are filled with their respective organizations.

Here are the players and the organizations that were involved in midnight madness:

The most surprising roster changes to have occurred tonight were the swapping of the Cloud9 and compLexity Gaming rosters. More news regarding Rostermania will be released as soon as the chaos amongst players and organizations has fully settled.

What do you think about all of these roster changes? Let us know by commenting below or tweeting us @GAMURScom.