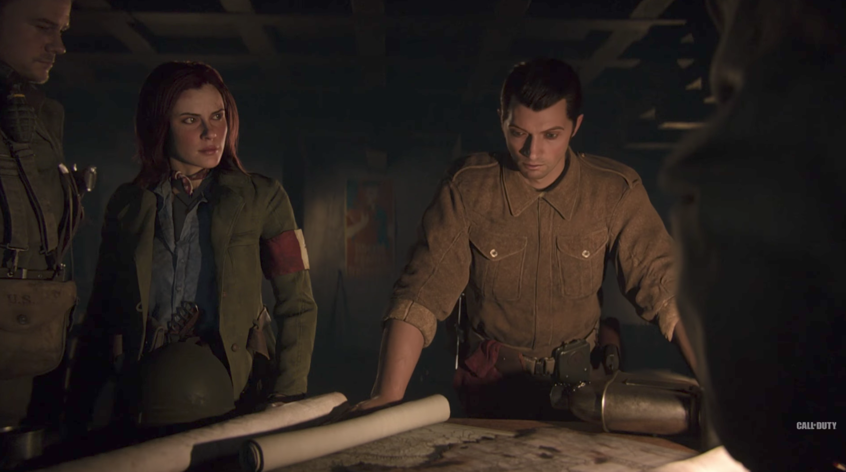 More information about the Call of Duty: WWII campaign continues to be revealed, as additional characters for the game’s story mode were introduced today.

“Meet the Allies” videos were released earlier today—just over 24 hours after fans got an in-depth look at the game’s protagonists.

Rousseau is the 19-year-old leader of the French Resistance. Aside from fighting for her country, Rousseau has personal reasons as to why she’s involved in this fight—it appears that her parents, husband, and son have all been either captured or killed.

Major Arthur Crowley is a special operations executive who joined the British Secret Service in July 1940. Crowley appears to be an informant for the Allied forces who is also an “expert in sabotage and deception.”

The hype surrounding this highly-anticipated campaign continues to grow—but there’s still over one month until WWII is released on Nov. 3.