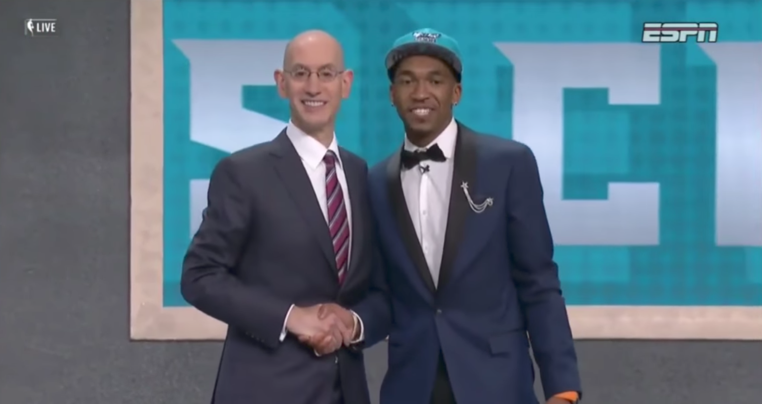 The lives of several young athletes changed forever last night at the 2017 NBA Draft—and one player in particular who’s ready to take the league by storm is Malik Monk.

The 19-year-old phenom freshman from the University of Kentucky was a top prospect in last night’s draft, and he was selected 11th overall by the Charlotte Hornets.

The 6’3” shooting guard tore up the hardwood in college last season, averaging 19.8 points per game en route to being named the Jerry West Shooting Guard of the Year and the SEC Player of the Year.

With an impressive résumé like that, a lot of gamers can’t wait to play as Monk in the upcoming version of NBA 2K18. Most of the players who were drafted last night will also look forward to playing as themselves in-game—except for Monk.

Prior to the 2017 NBA Draft, Monk revealed in an interview that he doesn’t like playing NBA 2K—he’d much rather play Call of Duty.

When the reporter asked Monk about creating his own player in-game, Monk quickly said, “I don’t play 2K.”

The reporter then asked Charlotte’s newest player if he plays any other games, and Monk said, “Call of Duty.” His reason for playing Call of Duty, though, even made himself laugh.

This shouldn’t come as much of a surprise, however, since Call of Duty is one of the most popular console video game franchises out there. Monk also probably spent some time playing video games with his former Kentucky teammate, De’Aaron Fox, who was just named the gaming headset ambassador for HyperX earlier this week. Fox was selected fifth overall in last night’s draft by the Sacramento Kings.

With his former teammate Fox joining the world of esports in some capacity, it will be interesting to see if Monk wants to follows suit by getting involved with Call of Duty esports sometime in the future.