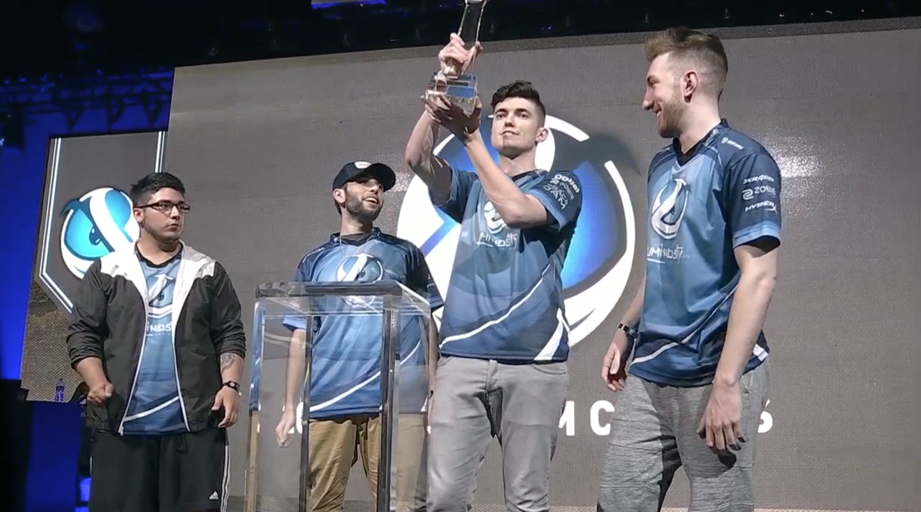 A major esports organization has finally won its first Call of Duty championship.

In a rematch of the grand finals from the CWL Global Pro League Stage One Playoffs, Luminosity got their revenge on Splyce, defeating the kings of Europe 3-1.

Luminosity’s championship run really started Saturday night when they defeated OpTic Gaming in the first round of the winners bracket. From there, Josiah “Slacked” Berry, Sam “Octane” Larew, Nicholas “Classic” DiCostanzo, and Renato “Saints” Forza played flawlessly on Sunday, sweeping both Evil Geniuses and Epsilon Esports to reach the grand finals in Anaheim.

Meanwhile, Splyce went on a tremendous losers bracket run after losing to Epsilon in the winners bracket semifinals. Ben Bance, Trei “Zer0” Morris, Jordan “Jurd” Crowley, and Dylan “MadCat” Daly took down Enigma6, Cloud9, and Epsilon to earn their spot in the grand finals against Luminosity.

Splyce even started off the grand finals with an incredible 250-249 win on Scorch Hardpoint in one of the craziest maps of the entire tournament.

But, just like they did all weekend long, Luminosity responded with a 6-4 victory on Crusher Search and Destroy, with Classic dropping 11 kills, while Slacked and Octane both contributed nine.

With the series knotted up at one map each, Luminosity showed why several fans consider them to be the best Uplink team in the game with an 11-5 victory on Throwback Uplink. Octane led the way for Luminosity with 33 kills, while Saints and Classic both added 26 frags of their own.

Now with a 2-1 series advantage, Luminosity looked to close out the grand finals on Retaliation Hardpoint. LG jumped out to an early lead, but Splyce refused to go down quietly.

These teams fought back-and-forth, and both squads had 240 points as the Hardpoint rotated to the lower street. Splyce earned initial control of the Hardpoint, but Luminosity was able to get the necessary kills to win the map 250-245.

With their victory on Retaliation Hardpoint, Luminosity defeated Splyce 3-1 to capture the CWL Anaheim Open championship and $80,000.

For Octane, Classic, and Slacked, this was their first championship since UMG South Carolina in February 2016, while Saints earned his first title since the MES Detroit 25K in August 2015.

Octane played extremely well throughout this entire weekend, and was rightfully crowned the Astro Gaming MVP for CWL Anaheim. The 19-year-old slayer put up ridiculous numbers, including a 1.24 overall K/D, a 1.41 Uplink K/D, and a 1.38 K/D in Search and Destroy.

The CWL Anaheim Open was one of the most intense Call of Duty tournaments in recent memory, with so many incredible moments and upsets. Luminosity will look to defend their title when the second season of the CWL GPL kicks off on June 30.