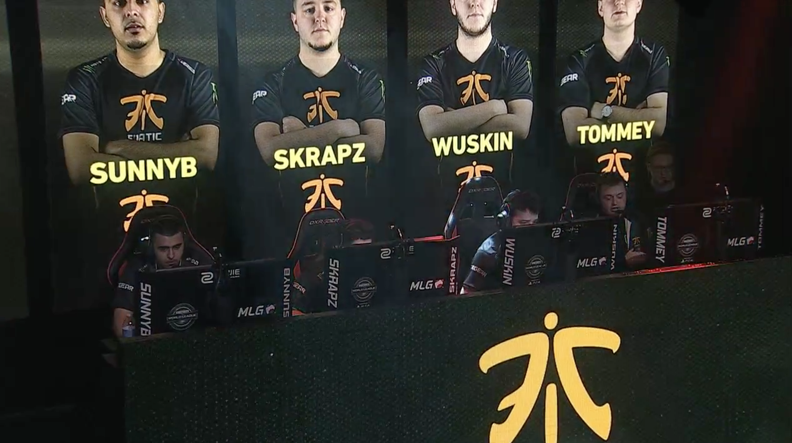 The final day of Group Red in the second season of the Call of Duty World League Global Pro League wrapped up Sunday night, and we now know which teams have qualified for the $500,000 playoffs.

Almost every Call of Duty fan could have predicted that Luminosity Gaming would earn the top spot in this group, but Fnatic stunned Evil Geniuses to take second place in Group Red.

Fnatic entered Sunday’s action with a 2-2 record and needed a big performance in order to earn a spot in the Stage Two Playoffs. The Europeans opened the day with a huge 3-2 win over Luminosity, handing the North American juggernauts their only series loss of the weekend.

Luminosity started the series with a strong 250-158 win on Throwback Hardpoint, but Fnatic responded with a 6-5 victory on Breakout Search and Destroy and a 7-5 win on Precinct Uplink. The North Americans tied up the series with a 250-142 win on Scorch Hardpoint, but the Europeans clutched up once again in Search and Destroy, this time winning Crusher 6-5.

Fnatic, now with a 3-2 record, entered the final match of the night against Evil Geniuses with everything on the line. Earlier in the day, EG took down Mindfreak 3-1, so they were sitting at 2-3. If EG beat Fnatic 3-0 or 3-1, they would’ve earned the second playoff spot from this group—all Fnatic needed to do was either win the series or just force a game five to clinch.

And Fnatic dominated this series, sweeping Evil Geniuses to secure their spot in the playoffs. The Europeans opened the series with a strong 250-151 win on Breakout Hardpoint, followed by another 6-5 victory, this time on Retaliation Search and Destroy. Although the third map didn’t mean much after Fnatic went up 2-0, the Europeans still sealed the deal with an 11-7 win on Frost Uplink.

Luminosity swept Mindfreak to end this weekend 5-1 at the top of Group Red, while Fnatic finished at 4-2. Evil Geniuses had a disappointing performance this weekend, placing third with a 2-4 record, and the Aussies came in last at 1-5.

Group Red definitely provided a lot of great Call of Duty action this weekend, but the second season of the CWL Global Pro League is just getting started—FaZe Clan, Enigma6, Ghost Gaming, and Elevate will battle it out next weekend when Group Blue kicks off at 4pm ET on Friday, July 7.