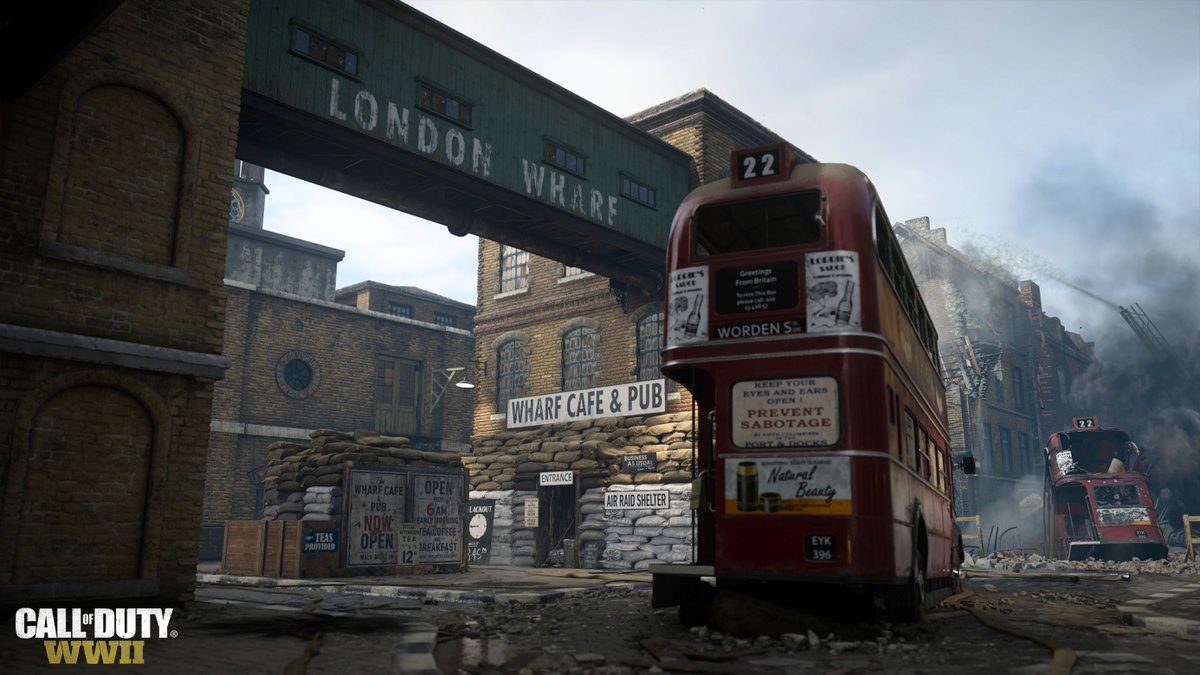 Sledgehammer Games, the developer of Call of Duty: WWII, is starting to reveal additional information about its upcoming game.

With just under one month until WWII is released across the globe, Sledgehammer posted a screenshot of a new map earlier this week.

The map is called London Docks, according to Sledgehammer’s tweet. And based on the name, it’s safe to assume that this map will be set in London.

Although the general community hasn’t played on London Docks yet, some professional Call of Duty players have—including Patrick “ACHES” Price, who said, “London is GOATY.”

Related: Gridiron appears to be a boots-on-the-ground version of Uplink in Call of Duty: WWII

Sledgehammer also revealed an official screenshot of Gridiron—a boots-on-the-ground version of Uplink that was leaked on Sept. 29. Both of these images were released following massive multiplayer and zombies leaks on Reddit—although none of the information in these leaks has been confirmed by Activision or Sledgehammer.

Michael Condrey, the chief operating and development officer of Sledgehammer Games, issued an exclusive statement to Charlie Intel about these leaks and the screenshots of London Docks and Gridiron.

“We are super proud of the game and cannot wait to play it with the community, so please hang on for a bit as Nov. 3 is almost here,” Condrey said. “In the meantime, here’s a first look at our London map in multiplayer. It’s a studio favorite for Domination, Hardpoint, and TDM, and we think it could be a standout for the competitive season ahead. Also, it’s a lot of fun for the new Gridiron game mode coming at launch, here’s a taste.”

If Condrey and the rest of Sledgehammer Games enjoy playing on London Docks, then fans will be eager to test the map for themselves when WWII is released on Nov. 3.