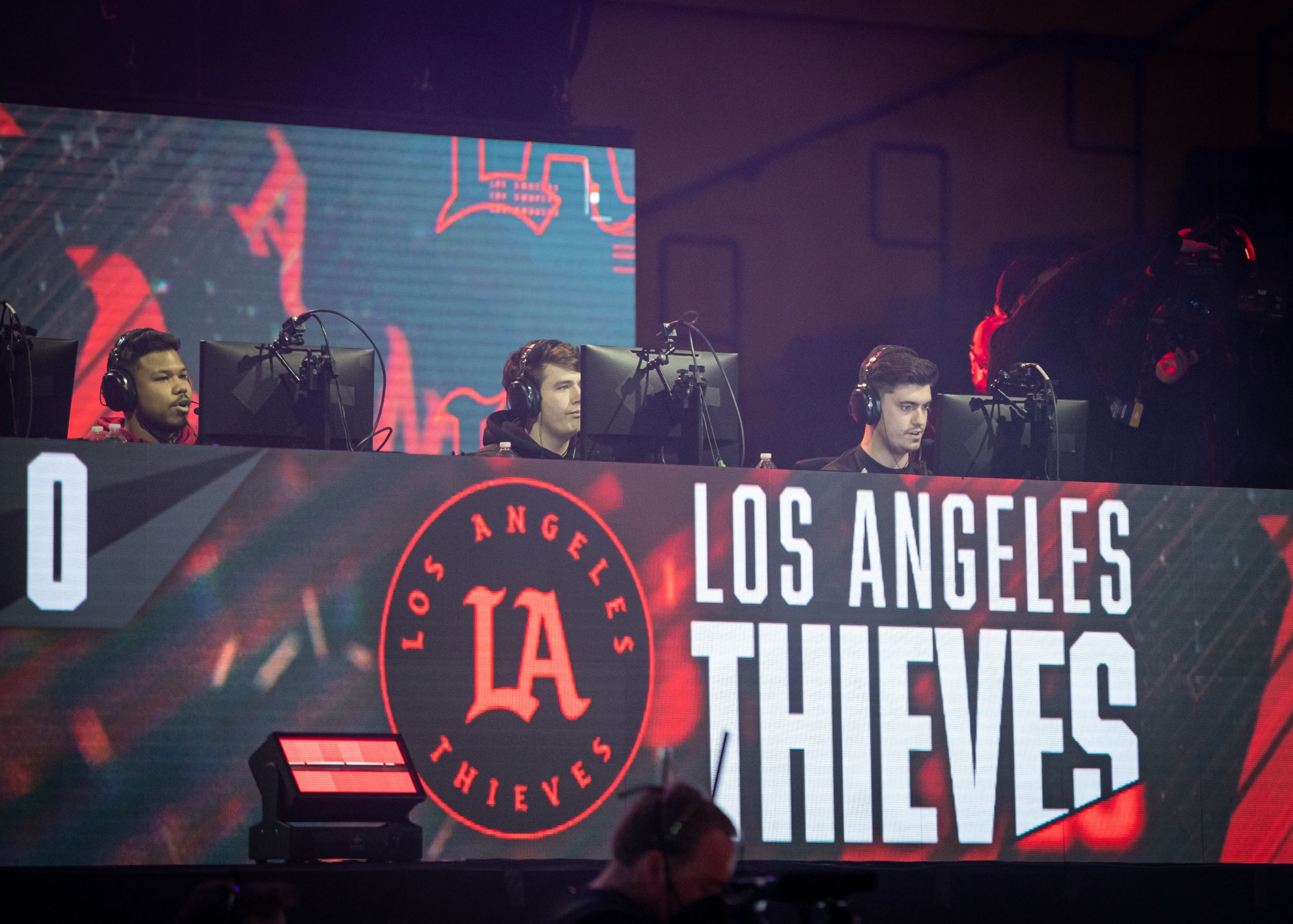 In what was one of the most anticipated matchups of the Call of Duty League season, the Los Angeles Thieves made quick work of OpTic Texas, embarrassing the league’s most popular team in 3-0 fashion tonight in the 2022 CDL Championship.

It was a bloodbath in favor of Los Angeles from the moment the teams took the stage at the Galen Center in Los Angeles. The Thieves were nearly perfect in the series’ first map, Gavutu Hardpoint, racing out to an insurmountable 184-52 lead after the first set of Hardpoint rotations. Los Angeles ran away with the map shortly thereafter, landing the first knockout blow to the tune of a 250-58 victory. Each member of L.A. was positive with Envoy leading the way with a 2.17 K/D.

While OpTic have won a championship in 2022 and are one of the top teams in the league, it felt there was nothing they could do after the haymaker that the Thieves landed in the first map. They appeared stunned, like a championship fighter taking an uppercut on the chin for the first time. Texas appeared sluggish in the series’ second map, Berlin Search and Destroy, as their map one struggles stayed with the team in a 6-4 map two defeat that put the Thieves one map away from the winners finals of CoD Champs 2022.

The series headed back to Gavutu for a massive Control matchup. During the early part of the season, Texas were overwhelmingly regarded as the best Control team in the game. Their teamwork was on point and they had the slaying power of their best player, Dashy. But since iLLeY’s leave due to injury and subsequent return, OpTic just haven’t had the firepower needed to keep up with the league’s best team in the game mode.

Unfortunately for the Green Wall, that trend continued in this pivotal map. The Thieves captured more ticks during attacking rounds than OpTic, setting Los Angeles up for a preferred defensive stand in the decisive fifth round. There was an opening for Texas early in the round, capturing the A point and making significant progress at the B point. But Octane, who went an absurd 39-21 on the map, made massive plays to earn a Glide Bomb, which effectively ended any chance OpTic had.

Scump was left in an impossible one-vs-seven before L.A. eliminated him and sent OpTic to the elimination bracket. It was the most impressive performance at the 2022 CDL Playoffs to date and the Thieves are peaking at the perfect time. On the heels of their championship at the season’s last Major of the regular season, Los Angeles look like the scariest team in the world.

“Yesterday, we looked kind of shaky. But it was like some first match type things. Today we just came in, made sure we played our lives, played together, talking to each other,” Kenny, who finished third in MVP voting for the 2022 season, said after the match.  “When we’re all on like that, you see we can dominate like that.”

Los Angeles will face the Atlanta FaZe tomorrow at 3:30pm CT with a spot in the winners finals of CoD Champs 2022 on the line. OpTic will face the New York Subliners tomorrow at 2pm CT, setting up for a Scump vs. Crimsix storyline with the loser going home for the season.