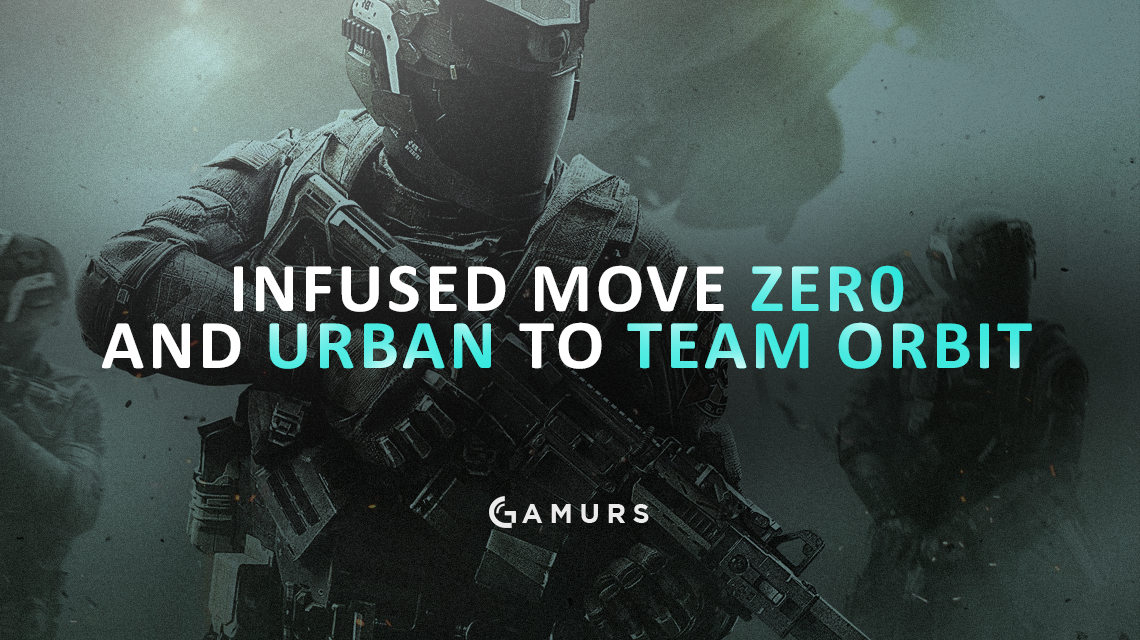 After a great year in Black Ops 3 we say farewell to @TreiZer0 & @UrbanDM – Thank you for the last 12months #RedArmy https://t.co/rIZSi631Ks pic.twitter.com/DprTbBnydX

About the move, MarkyB wished luck to Zer0 and Urban and expressed a desire to move forward in the hunt for two new teammates.

“Now, going forward myself and Peatie are going to look to carry on with the legacy we have created with Infused and bring in two new players to the organisation that will hopefully bring us success going forward,” said MarkyB. “As always, the aim is to win in whichever competition we’re a part of so we’ll be bringing in two players that we believe fit the bill and allow us to do that. Thanks again to Infused for the continued support, it’s been a real pleasure representing such an amazing organisation and we look to maintain our great relationship going forward.”

Orbit released a statement on the move, featuring thoughts from Urban who said that the organization “will allow us to create a roster that we want which will be passionate about winning and the grind from the release of the new game. We have had a warm welcome and are excited to play the next game under Orbit.”

Orbit is now also looking for two new members of their squad.

What do you think of these new EU Call of Duty rosters? Let us know in the comments below and follow @GAMURScom on Twitter for further esports coverage.