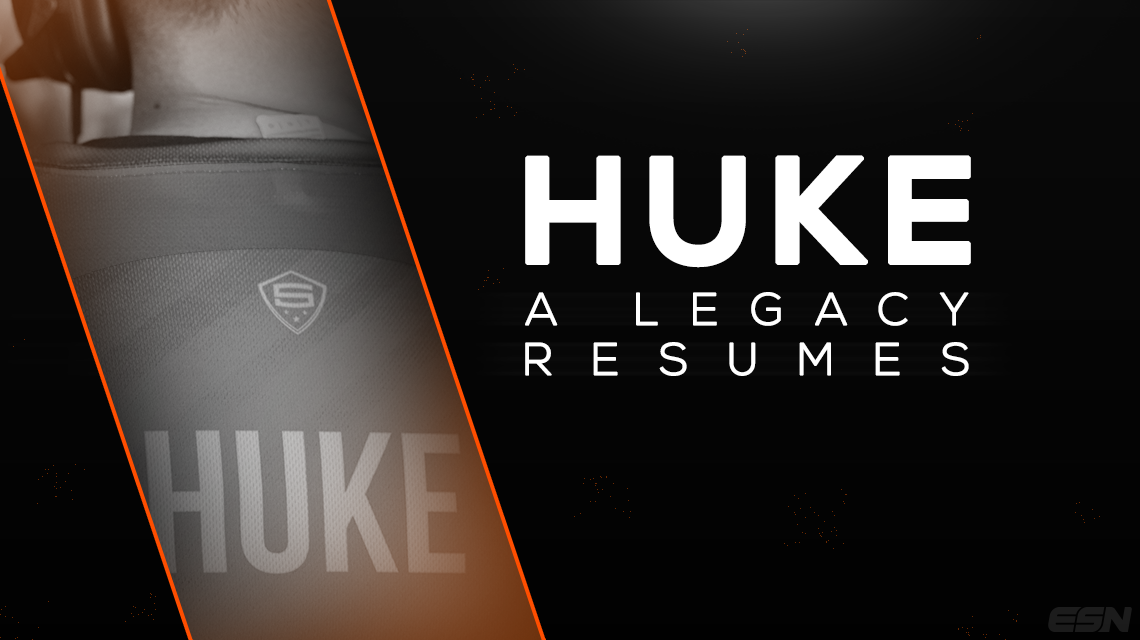 At the end of the season for Call of Duty®: Advanced Warfare, I wrote an article about how Cuyler “ Huke ” Garland’s gaming career was sadly going to be a legacy on hold due to the age restrictions placed on the Call of Duty World League for Call of Duty®: Black Ops III .

Flash-forward four months from then to today, where Huke is about two weeks removed from placing second at the 2016 Halo World Championship North American Regional Finals . So, now the question becomes how did we get to this point, and what happened over these last four months for Huke to get to where he is now? It’s time to find out.

Heading into Black Ops III, Huke was playing on a youth team for the Enigma6 Group . When he wasn’t scrimming with his team, Huke spent some time playing Halo. This is where his natural-born talent as a video gamer took over and he started to attract the attention of players in the professional Halo community.

After playing with a few different combination of players, Huke finally settled on a roster consisting of Jesse “ bubu dubu ” Moeller, Cody “ ContrA ” Szczodrowski and Devon “ PreDevoNatoR ” Layton. This roster was eventually picked up by Denial eSports , and they entered the NA Regional Finals as the eleventh seed.

Huke and company were in Group C for this event, playing against Evil Geniuses , Team EnVyUs and Winterfox . Denial went 2-1 in group play, defeating Winterfox 3-0 and EnVyUs 3-1, but losing 3-1 to EG. Their 2-1 record guaranteed Denial a top-eight finish and qualified them for the 2016 Halo World Championship .

Even with qualification out of the way, Denial didn’t stop there. Trying to show the world that they meant business, Denial was able to defeat Team Liquid and Team Allegiance to set up a grand finals showdown with Counter Logic Gaming .

Unfortunately, CLG defeated Denial 4-2 in the Grand Finals, which meant that Huke earned himself another second place finish. However, what is even more impressive than Huke actually qualifying for the HWC is that he came in second place in his first major LAN event for Halo, reminiscent of when he made a name for himself in Call of Duty with a second place finish at UMG Orlando 2015 .

This second place finish is even more impressive when you take into consideration that Huke has only been playing Halo for roughly two months, and he is now on one of the eight NA teams to qualify for the World Championship event. Huke made it clear that he enjoys playing Halo and that could be one of the reasons why his switch from Call of Duty to Halo was a smooth one.

“The transition has gone well so far,” Huke said. “The game is fun, so it makes it that much easier to grind it.”

His willingness to grind and play countless hours has helped Huke get to where he is today, as he continues to improve as a Halo player.

“To get where I’m at in Halo, I’ve played the game as much as I can and watched a lot of film to improve my own gameplay,” Huke said.

Huke points out that there are several reasons for why his team was so successful at the Regional Finals, as well as pointing out what he thinks his team can improve upon.

“At regionals, I think we all performed and communicated really well, and our coach was also a big factor in our success at the event,” Huke said. “My team just has to make sure we’re using our practice time effectively. If we do that, we should do well again.”

Looking even further ahead to the World Championship event, Huke holds high expectations for himself and his team.

“We all have a lot of confidence going into this tournament,” Huke said. “I think if we start off the event well and do what we need to do, we can win that event.”

As always, Huke remains very mature for his age and shows great respect for his fans, even though he has now earned a rare status for an eSports player: someone who has made an appearance in the Grand Finals for both a Call of Duty and Halo LAN event.

“It feels great,” Huke said. “The amount of support I’ve gotten because of it has been insane.”

In his very limited amount of time as a professional Halo player, Huke has already proven that he can play against the best of the best. Only time will tell what is in store for Huke, but he’s made it very clear that no matter what video game he is playing, he has a promising future. While his Call of Duty legacy still might be on hold, he is on the right path to making a name for himself in the Halo community.

Where do you rank Huke as a player in Halo 5: Guardians ? Do you think he will be able to win his first championship at the 2016 Halo World Championship? Let us know by commenting below or tweeting us @eSportsNation .