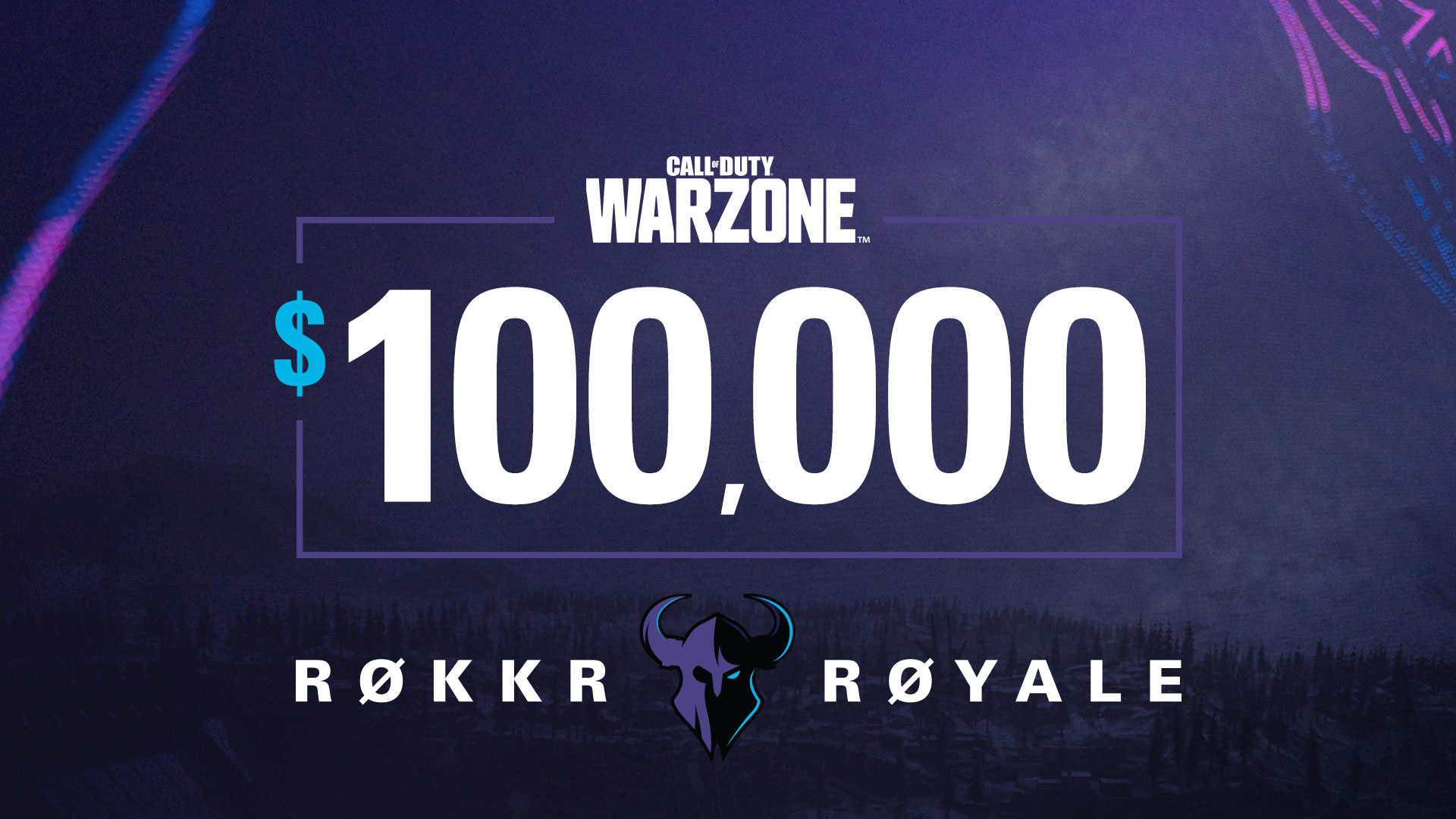 The Call of Duty League’s Minnesota RØKKR organization is hosting another big-money Warzone tournament this week.

The $100,000 RØKKR Royale tournament is an invite-only event featuring some of the top names in competitive Warzone and content creation. Trios will drop into multiple private matches over the course of two days, so the action is sure to be sweaty.

Like many private match Warzone tournaments, the scoring system will feature a kill multiplier based on placement. For example, first place will get a 2.2x multiplier for their kills to tabulate their score for the event, while second through fifth will have a 1.8x multiplier.

Some of the confirmed captains for the event include big-name Warzone players such as:

Here’s how and when to tune into the latest competitive Warzone event.

How to watch the RØKKR Royale Warzone tournament

The tournament will be played on the official Call of Duty Twitch channel, where it will be shoutcasted with observers taking a look at multiple perspectives throughout the private lobby. It begins on Aug. 16 at 2pm CT and will continue the next day on Aug. 17 with more action.

On day one, three games will be played. The first game features ground loot guns only, game two is pistols and snipers only, and game three is a standard game with no restrictions. Each game will award $6,000 to the first-place team.

With all of the competitors included being big Twitch streamers who play Warzone on a daily basis, all of their channels and perspectives can be found in the Call of Duty: Warzone directory on Twitch, where you can quickly and easily browse to choose who you want to watch.