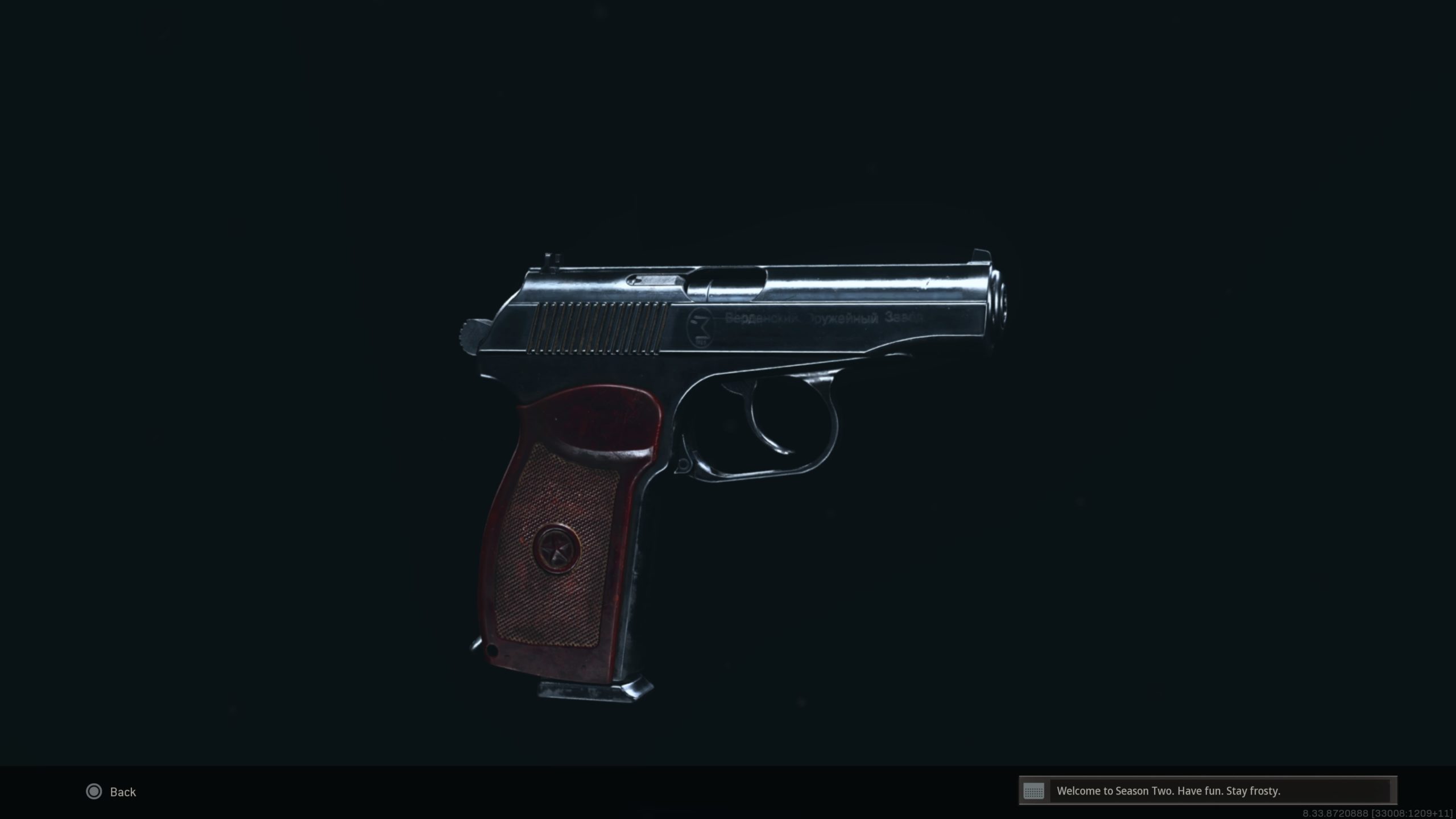 A new pistol was quietly added to Call of Duty: Warzone one week ahead of season three’s launch and it’s likely going to shake up the meta.

The pistol is called the Sykov and it’s reminiscent of the Makarov from past CoD games. Don’t be surprised if you find it in loadouts all across the battle royale game and even Modern Warfare multiplayer very soon.

“A dependable fallback in close quarters, this double-action/single-action sidearm comes with a few custom gunsmith mods that make it an outstanding addition to any arsenal,” its in-game description reads.

The Gunsmith is important because the Sykov can, ridiculously, be equipped with both Akimbo and a hilariously large 80-round magazine. That’s right, dual pistols with a magazine bigger than some light machine guns.

Here’s how to get it.

How to get the Sykov in Warzone

The challenge to unlock the Sykov is a simple one. You only need to get four kills while using a pistol in five different matches. This can be done in any kind of match in Warzone or even Modern Warfare, allowing it to be unlocked rather quickly.

We suggest hopping into a Team Deathmatch game or even a game of Plunder in Warzone, grabbing four kills, and playing out the match. If you leave before the match finishes, progress might not count, so stick it out for just five games and the Sykov is yours.

If you don’t want to play the five games, the Sykov is also available in the Sparks Operator Bundle as a blueprint. The Monviso blueprint will allow you to use the gun before unlocking it.

Once you level it up, the 80-round magazine will become a great addition to a loadout considering you can use Ghost with it as a perk.