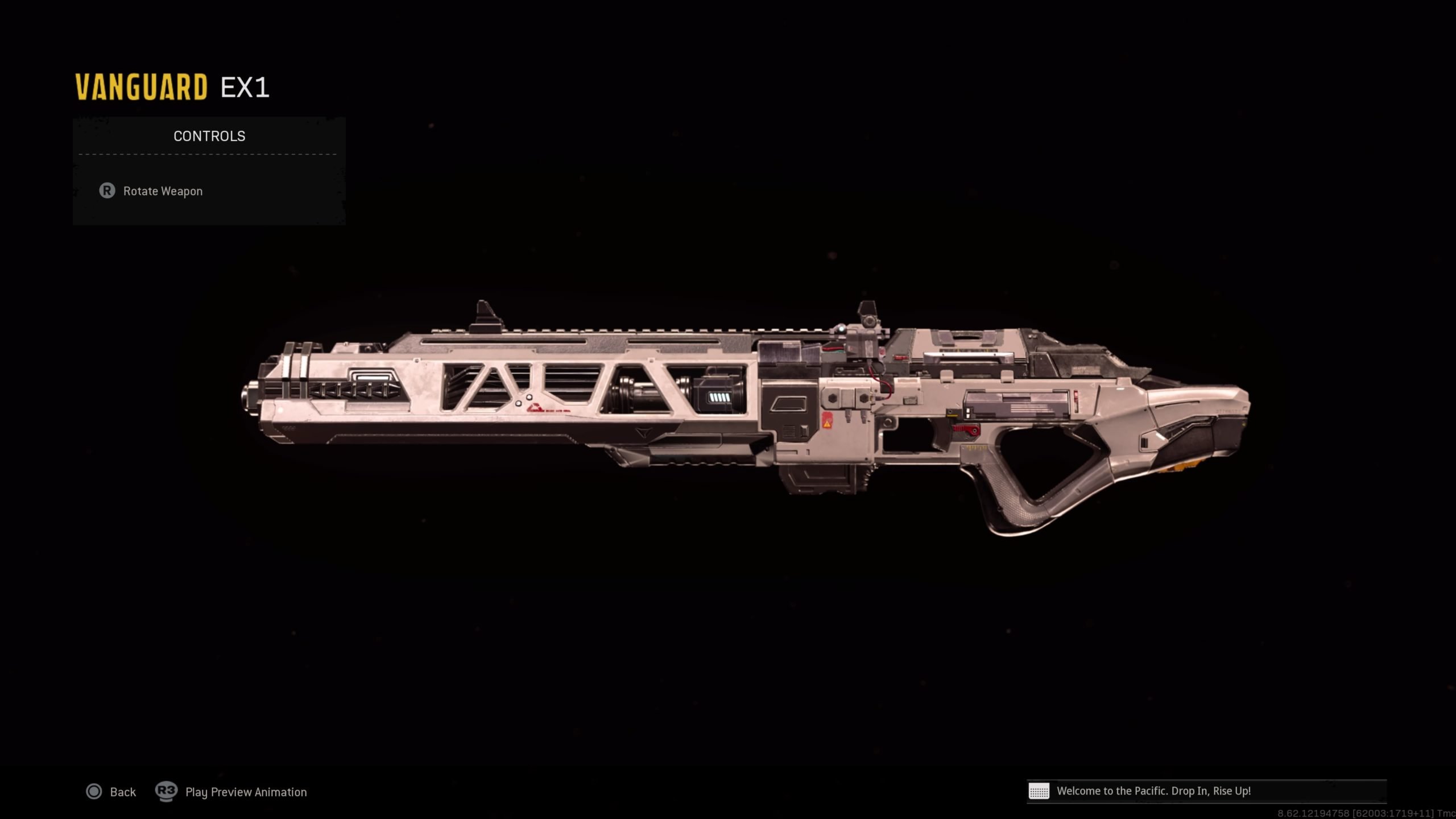 An energy rifle from Call of Duty: Advanced Warfare has somehow found its way into Warzone.

The EX1 is a new version of the EM1, a laser rifle from the futuristic CoD title of 2014. Now, it’s wreaking havoc in Caldera and Rebirth Island alike, described as a “prototype energy rifle effective at long range and highly customizable.”

“This prototype Energy Rifle leaves behind traditional ballistics in favor of a customizable battery system used to power its attacks,” Activision said. “Effective at long range, the weapon requires a cooling off period after depleting its charge capacity. You don’t have to worry about running out of ammo, but get caught during the reload and you’re in trouble.”

Needless to say, the EX1 is unlike any other weapon added into Warzone or Vanguard so far. Advanced Warfare was set in the near future and featured weapons that fired lasers and even a gun that printed its own ammunition.

Season five looks to throw the existing Warzone timeline out the window, with several of the villains from the CoD franchise joining the fray as operators. It’s all just pure madness now.

Since it’s literally a laser beam, it’s worth unlocking and leveling for multiplayer mayhem. Here’s how to get season five’s new gun.

How to unlock the EX1 in Warzone and Vanguard

At the start of season five, the EX1 is unlocked at tier 15 of the battle pass. Players only need to level up to 15 or purchase the expanded battle pass to get instant access to the gun without having to play at all.