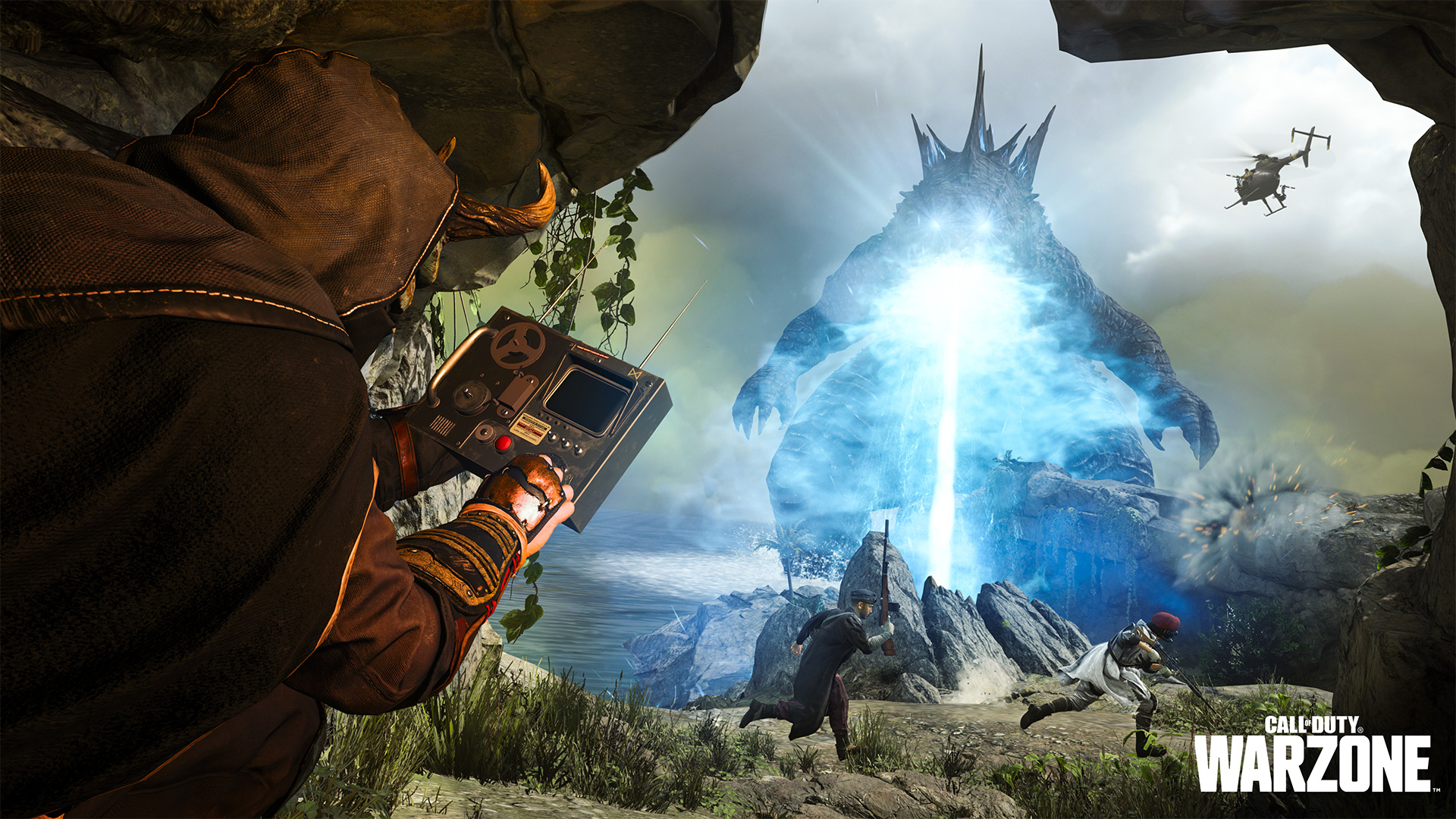 The collaboration between CoD and Godzilla vs. Kong is bringing the massive lizard and monstrous primate to Warzone’s Caldera in the limited-time mode in the battle royale’s most ambitious and exciting crossover yet.

For two weeks between May 11 and May 25, Operation Monarch will be playable and give Warzone players a chance to drop in to the middle of a fight between the most iconic monster movie stars in history.

Here’s how to play the limited-time mode while it’s available.

How to play ‘Operation Monarch’ Godzilla vs. Kong in Warzone

Operation Monarch is a special limited-time playlist featuring a 60-player quads match with the Resurgence ruleset, meaning players can respawn so long as their teammates survive the Resurgence counter when players die. The winners will be the last team standing, all the while the massive monsters lurk in the background.

Ground loot will include Monarch Intel via Supply Boxes, special drops, and fallen enemies. Using this will charge a special meter that unlocks items like streaks and loadouts, and filling the meter will reward a special killstreak.

If you’ve seen the 2021 film Godzilla vs. Kong, you’re already at an advantage in knowing how the LTM works. The mode utilizes the Titan S.C.R.E.A.M. Device (Sonic Communication Radar and Echolocation Array Module) from the movie to control the massive monsters.

In Operation Monarch, the Titan S.C.R.E.A.M. Device is a killstreak that grants the player that uses it the ability to direct an attack from one of the monsters anywhere on Caldera. The player chooses an attack, either Godzilla’s Heat Ray breath or a ground pound attack from Kong, and can then aim it on the map.