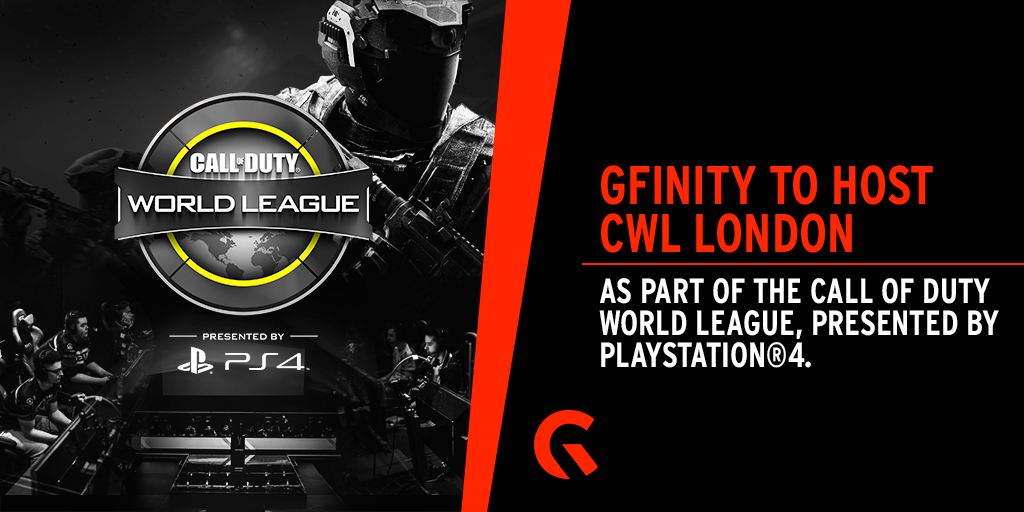 In an announcement on Gfinity’s website, Gfinity released information regarding the Call of Duty World League’s first official Playstation-sanctioned event of the Call of Duty: Infinite Warfare season. From Jan. 28-29, CWL London will take place at the Gfinity Arena in London, England. The invitational event will feature 16 teams, a $25,000 prize purse and a multitude of CWL Pro Points to be rewarded. Those pro points help determine seeding for group pools for future events throughout the year.

ANNOUNCING: we start 2017 with a BANG as we host the #InfiniteWarfare CWL LONDON later this month. https://t.co/dy83s4lmPy pic.twitter.com/BGFWQRKVli

The full lineup of competing teams in the event will be made public in the near future by Gfinity.  Martin Wyatt, the Head of Partner Relations at Gfinity, optimistically stated, “Our team will push to innovate and deliver world class international esports events that fans around the world love and that deliver value and joy for our partners. CWL London in January is going to be a great kick-off for us.” The CWL’s partnering with Gfinity for this event can now alleviate some of the stresses the community has regarding offline events this year. This event could be the first step in making the CWL a more worldwide league that gives “home-field advantage” for all that participate.

Are you excited for the Gfinity’s CWL London? Tell us your thoughts below or with a tweet @GAMURScom.