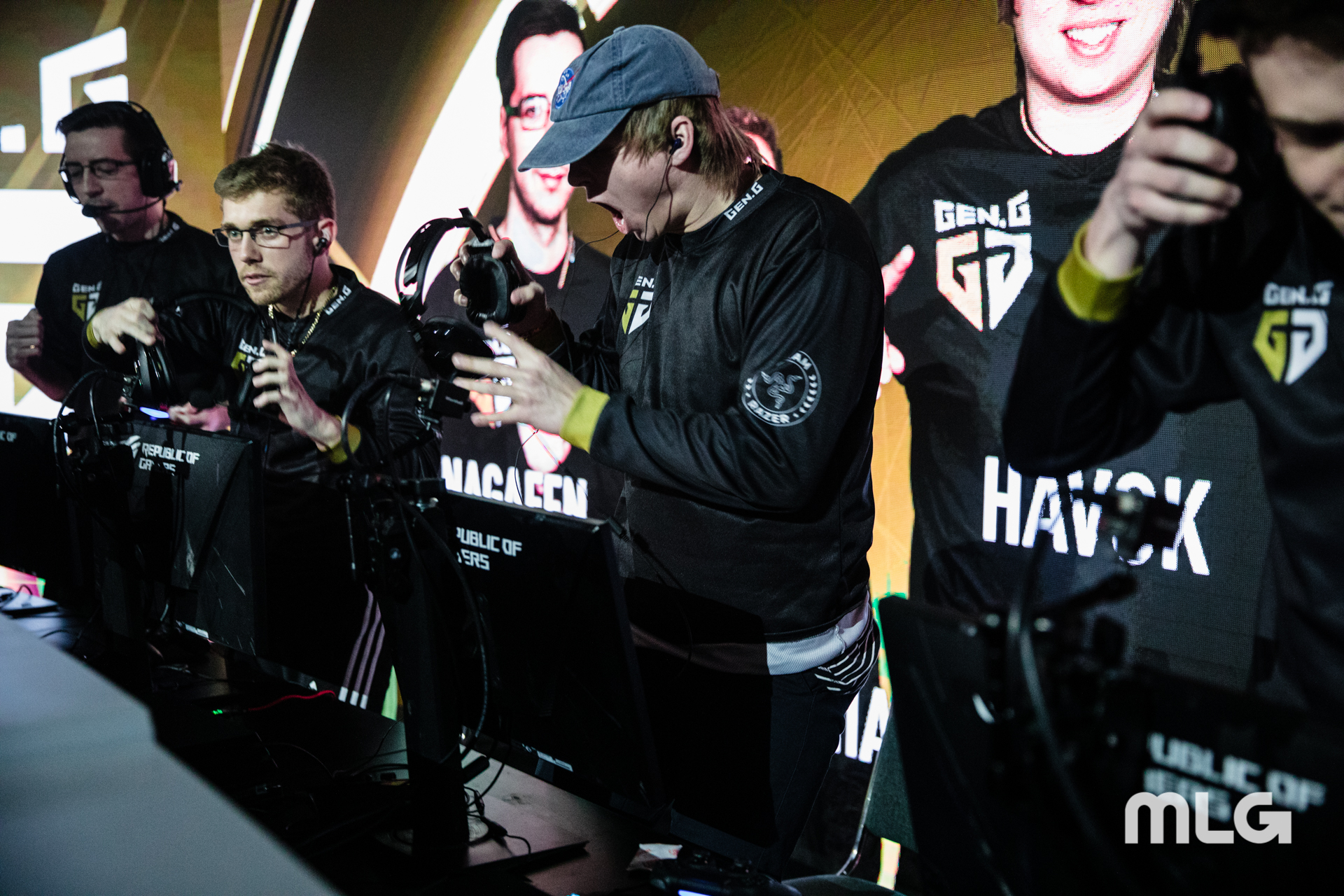 Last August, Colt “Havok” McLendon watched from home as Evil Geniuses, a team he represented just a year earlier, marked their place in history with an unforeseen title win at the 2018 Call of Duty World League Championship.

As he watched EG’s veteran players celebrate, Havok reflected on his own season, which had undoubtedly been the worst of his young career. He failed to place within the top 16 even once during the year. And his team, Gone Gaming, even missed out on their shot at qualifying for the event that Evil Geniuses went on to win.

Months later, before the release of Black Ops 4, Havok imposed a crucial ultimatum upon himself. If he truly wanted to win a championship, he'd have to push his streaming career to the side and fully commit to competing.

“I used to be super stubborn, a bad teammate, and kind of toxic,” Havok told Dot Esports. "Before this year started, I told myself, ‘I’m going to do competitive all or nothing, or I’m going to be a streamer. I’m not going to try to do both again.’ Now, my only goal is to win an event. And I guess it’s the secret formula because it’s been a lot better.”

At the launch of Black Ops 4, Havok began playing with a group of underrated players, or “a bunch of scraps,” as Havok described them. The team—Michael “SpaceLy” Schmale, Chance "Maux" Moncivaez, Jared "Nagafen" Harrell, Michael "MajorManiak" Szymaniak, and Havok—immediately turned the heads of fans and players alike. The rag-tag group who called themselves Team Space qualified for the 2019 CWL Pro League, something only 15 other teams were able to do.

Even throughout the first two-week split of the Pro League, the team that eventually signed with Gen.G continued to win. Touting victories over Luminosity and OpTic Gaming, Gen.G entered CWL Fort Worth in March with the best record in the league. But the wins were unconvincing, according to Havok. They needed more slaying power, so the team opted for a change.

“We went 6-1, but we knew that we easily could’ve been 3-4,” Havok said. “We saw an opportunity with Envoy. He’s a superstar. He’s the most consistent teammate I’ve ever had. We couldn’t let that opportunity pass, so we picked him up for SpaceLy.”

The team weathered the public backlash, and with limited practice, finished in the top eight at Fort Worth. With more practice and some CWL Pro League matches under their proverbial belts, Gen.G’s chemistry improved and so did their placing at CWL London in May. But a reverse sweep at the hands of 100 Thieves in the winners semifinals turned out to be an influential series for the team.

Feeling confident they could’ve won the event after beating 100 Thieves, Gen.G couldn’t seem to get their mind right before the two-week CWL Pro League split after London. In fact, Gen.G lost five of their seven matches between CWL London and CWL Anaheim, which knocked them out of first place and put them in a much more precarious position for the rest of the regular season. But even as fans and analysts began to doubt the team’s potential, Havok said the roster had faith in themselves and the system they had built the entire season.

Their rough split became motivation for a run that nearly no one expected at CWL Anaheim last month. While fans looked to eUnited and OpTic as possible grand finals opponents for CWL London champions 100 Thieves, Gen.G emerged as one of the biggest surprises of the weekend.

Gen.G took out both eUnited and OpTic, in addition to Enigma6, to advance to the Anaheim grand finals, where they faced 100 Thieves. Unfortunately for Havok and his teammates, they fell to 100 Thieves for the third time during the event, ending one of the most surprising tournament runs of the season. But even with the sting of a grand finals loss, an appearance in the last series of the tournament was more than enough proof that what they had been working for was actually paying off.

“Anaheim gave us a lot more confidence, especially in early winners [bracket] round matches,” Havok said. “We hadn’t been through that winners gauntlet, so the first time doing that definitely boosted our confidence. That will help in the next two events.”

Gen.G will want all the help they can get for these next events, too. With a combined $3.25 million at stake between the CWL Finals and the CWL Championship, these tournaments are a great chance for the players to make a lot of money and etch their names in Call of Duty esports history.

Each of the six CWL Champs winners were perfect combinations of skill, in-game knowledge, and team chemistry. And just as Evil Geniuses exhibited last year, it doesn’t take a flawless season to earn a world title. It's important that the team find their groove at the right time. And it definitely seems like Gen.G have found their groove.

They've had some weird moments this season, particularly when it comes to their roster changes, but it’s hard to deny the skill and fluidity of this lineup. The team isn’t made up of superstars. And yet, they’ve proven they can compete with—and more importantly, beat—some of the best teams in the world.

These multi-million dollar events may be daunting, but Havok, with the knowledge that he's surrounded by reliable, smart teammates, is more than ready to face the challenge. Admittedly, he's had some really poor showings at Champs, but he now exudes the confidence he was lacking during WWII and his previous Champs appearances. And it’s because of this team that he’s able to be confident in himself and Gen.G's standing among the Call of Duty esports elite.

“Going into [CWL Champs], I’m really confident with how we’re talking to each other, how we’re getting better,” Havok said. “I think it’s going to be good. It’s going to be different, for sure, from all of the others.”