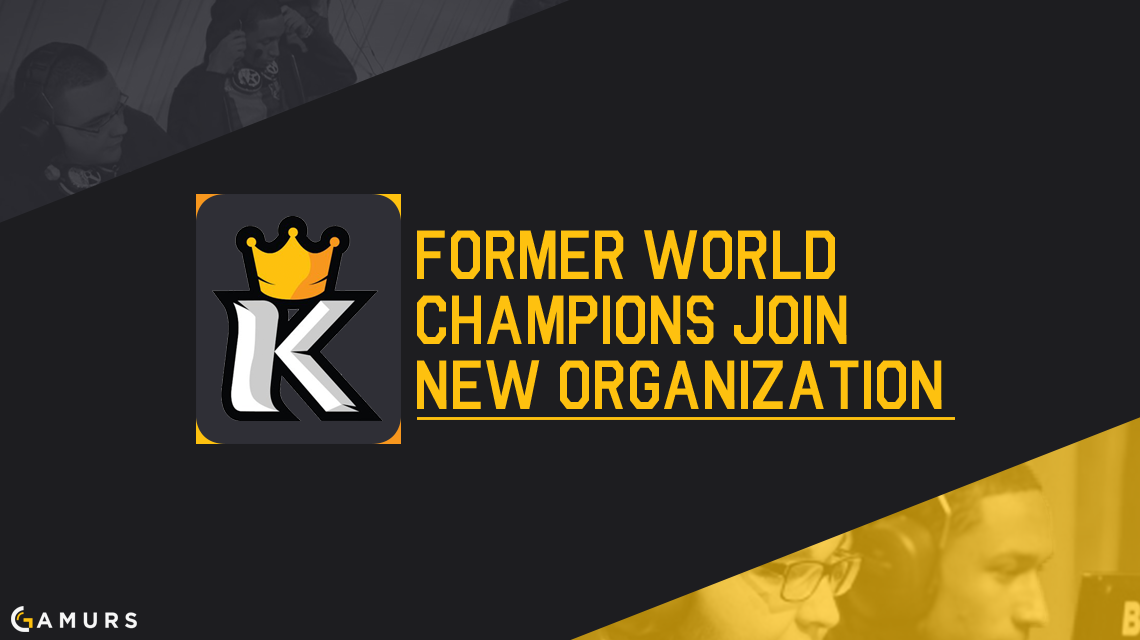 Two former Call of Duty world champions are taking their talents to a brand new esports organization, as it was announced earlier today that Christopher “Parasite” Duarte and Marcus “MiRx” Carter have joined Kingsmen.

Chance “Maux” Moncivaez and Devin “LlamaGod” Tran will be joining Parasite and MiRx on Kingsmen’s first official Call of Duty roster, and these players will represent Kingsmen for the first time this weekend at MLG Orlando 2016.

The immediate question that has probably crossed the minds of everyone reading this is “What is Kingsmen?” Well, Hunter Specht, the COO of Kingsmen, was able to provide some important information in order to help answer this question.

Specht stated that Kingsmen was formed on June 14, 2016, and although they have not previously owned a Call of Duty team, they do have a couple of players representing their banner in the Fighting Game Community.

The first event for this organization was EVO 2016, where Alcatraz placed third in his pool and was just one win away from advancing into bracket play. Although Moon was not picked up by Kingsmen until after EVO, he did place 17th at that event.

As the first Call of Duty roster playing for Kingsmen, Parasite and MiRx have to both take on leadership roles as the veteran players of this team. Back on July 24, Parasite announced that he was retiring from competitive Call of Duty for the time being, but that clearly changed as he has been scrimming and practicing with his new team over the past several days. Meanwhile, MiRx last played for compLexity Gaming, where he came in tenth for Stage Two of the Call of Duty World League and placed top-12 at MLG Anaheim 2016.

In terms of the other half of this team, Maux is a relatively new face in the Call of Duty community, having last played for Cloud9.Eclipse at MLG Anaheim, placing top-16. Finally, LlamaGod was on the main Cloud9 roster, placing top-eight at Anaheim and the CWL Stage Two playoffs.

It is great to see new organizations like Kingsmen emerge in the esports scene, especially considering that some veteran players would not want to play for an “unestablished organization.” However, Specht said that Kingsmen owner Bebo “bvPeanut” Vazquez has a great relationship with these players, which is part of the reason why they were able to acquire this roster.

“In terms of actually picking them up, we saw that they were searching for an organization to help fund them,” Specht said. “We quickly got in contact with Parasite and we were able to close the deal mostly due to our personal connections with the players. I know our owner knows most of these players very well, so that really helped us out a lot.”

Acquiring a roster with two former world champions is a good way to enter the competitive Call of Duty scene, but these veteran players bring some lofty expectations to the table. Even considering that this roster has been playing together for a short period of time, Kingsmen still appears to be a strong team on paper; and Specht also believes in this team.

“We know that this team is newly formed, so we are mostly just looking for their best effort and that they represent our organization in a positive manner,” Specht said. “We do anticipate a good placement, however, and would be very happy with them making pool play.”

Overall, it seems like Kingsmen is now joining the long list of great teams in the Open Bracket for Orlando. The Search and Destroy game mode should be a strong point for this roster, and if they can get consistent slaying in their respawn maps, then Kingsmen should easily be able to qualify for pool play. Regardless, Kingsmen will definitely have their work cut out for them this weekend.

With the addition of another strong roster in the Open Bracket, Orlando is certainly shaping up to be an exciting event full of great Call of Duty action.

What do you think about Kingsmen’s first official Call of Duty roster? Let us know by commenting below or tweeting us @GAMURScom.