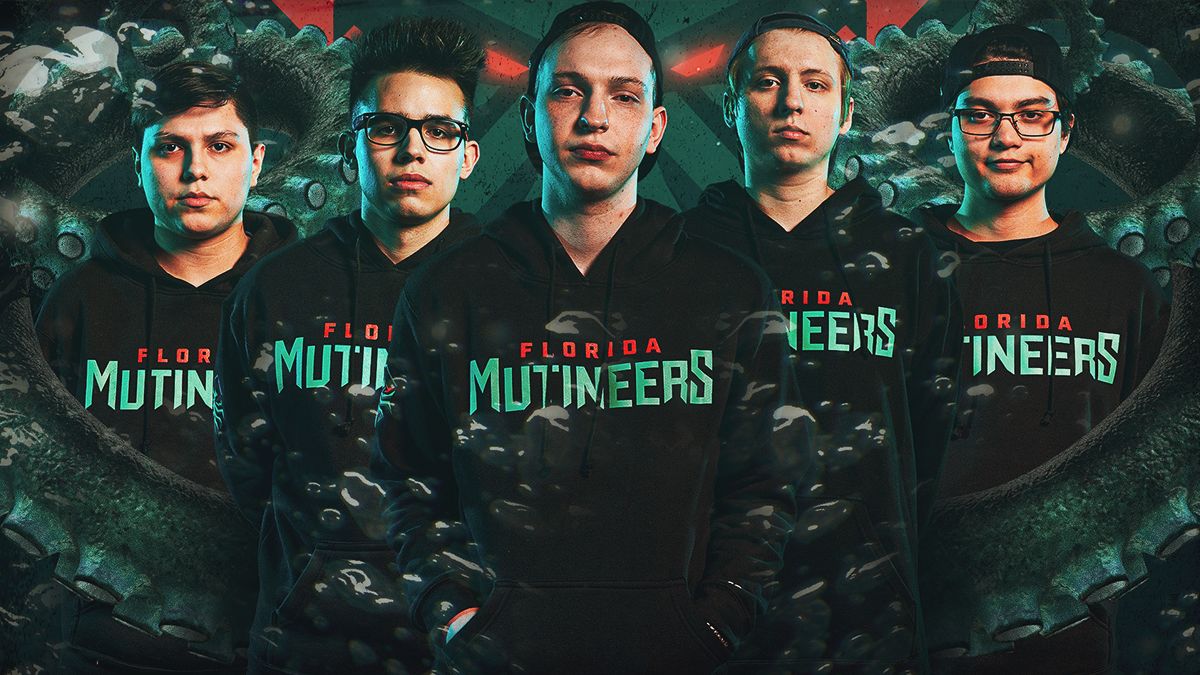 The Call of Duty League will be kicking off this weekend from Jan. 24 to 26 at The Armory in Minneapolis, where all 12 teams will be facing off to begin the inaugural season.

One of the first organizations to announce its involvement in the league, Misfits Gaming, informed fans that the team would be representing Flordia as the Mutineers. Misfits also has teams in League of Legends, Super Smash Bros., and Fortnite.

Misfits announced on Aug. 20 that the organization would be entering the Call of Duty League with the franchise being located in Florida. Six days later, Florida announced that OGRE2, one of the winningest console players of all time, had signed as the franchise’s general manager. Was OGRE2’s GM position a reason why any of you chose this team?

OGRE2: None of the players specifically came to play for us because I was announced as the GM. I know a couple of them liked that, but it was just one of many determining factors for them when choosing where to sign.

The offseason from the launch of Modern Warfare in October 2019 to the start of the league in January 2020 has been one of the longest in competitive Call of Duty history. How is the team staying sharp in preparation for the league’s Launch Weekend in Minnesota?

OGRE2: We moved the whole team here to Florida very shortly after signing them so that they would have as much time as possible to grind for the start of the season. They’ve been practicing six or seven days a week for the past few months from our offices, on a tournament-style setup.

Prestinni, this will be the first time in your professional career that you won’t be competing alongside your twin brother, Alec “Arcitys” Sanderson, at a major Call of Duty event. Do you miss having him next to you or are you determined to separate yourselves as competitors?

Prestinni: I’m excited and it’s a new situation. What I’m most excited for is to make something great happen without him to show the community what I can do by myself. I will always miss him, as a teammate, on the map with me, though.

Call of Duty can often come down to mental composure. Maux and Havok, you both had a rough ending to the Black Ops 4 season. What do you want to take from last season and implement into Modern Warfare?

Maux and Havok: Bad events happen, we aren’t even thinking about that anymore. We are looking forward to grinding and becoming the best at the new game.

Frosty, you completed your first professional year of Call of Duty in Black Ops 4 after switching from Halo. How did your experience as a two-time Halo world champion help you in your first year in CoD?

Frosty: My career in Halo taught me how to win. I also gained valuable experience for LAN tournaments and playing in front of a crowd.

Skyz, you were able to play alongside Matthew “FormaL” Piper, another player who moved from Halo to Call of Duty. Did he offer you any advice that helped push you through a tough situation in the Black Ops 4 season?

Skyz: Not really, but he did help me get better as a player.

There’s a huge debate circulating the community regarding slide-canceling in Modern Warfare. One side of the community supports exploiting the glitch since there are no prohibiting rules, while the other believes that players should avoid the glitch since it wasn’t originally intended to be added as a mechanic. Do you think teams should take advantage of the glitch?

OGRE2: Until it’s actually banned or voted on to not be used, teams should certainly be using it as much as possible. There are always small tricks in every game that give you an advantage, which should be used when playing to win. I think the larger issue with slide-canceling is the 12hz tick rate of the game, which is a much bigger issue for several reasons.

The Call of Duty League made an announcement on Dec. 30 that the format had been revamped to have a tournament-based format starting with the second week in London. How does the team feel about the change? Were any of you worried about burnout from travel?

OGRE2: The team definitely supports the change. CoD has always used a tournament format. It’s what the players wanted and what the community is used to watching. Travel burnout is a real thing but the schedule has enough weeks off that we don’t think it will be too bad.