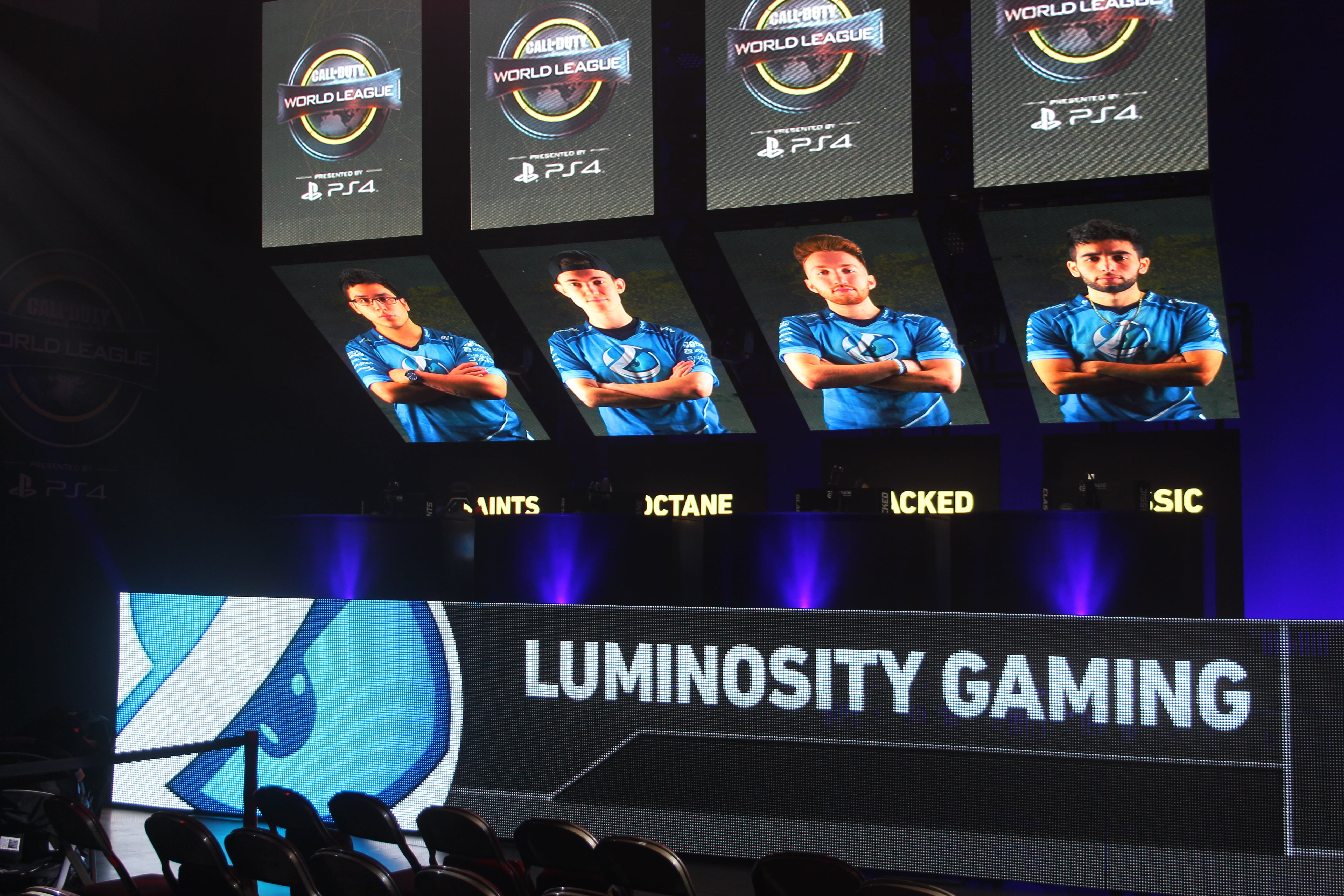 The event had many memorable moments, stunning upsets, and great storylines—all of which are going to have a major impact on the remainder of the Call of Duty: Infinite Warfare season.

The results from this weekend could have significant implications on how certain teams perform in the second season of the CWL Global Pro League and the 2017 Call of Duty World League Championship—the last two major events left on the Infinite Warfare international calendar.

Keeping this in mind, here are our five biggest takeaways from the CWL Anaheim Open.

Luminosity is the new top dog in Call of Duty. Josiah “Slacked” Berry, Sam “Octane” Larew, Nicholas “Classic” DiCostanzo, and Renato “Saints” Forza dominated the CWL Anaheim Open—and this was their second straight trip to the grand finals of a major tournament.

But before the team traveled to California for yesterday’s event, there were several rumors circulating that Peirce “Gunless” Hillman was interested in joining Luminosity. Although Gunless was an MVP-caliber player during his time with eUnited, it seems very unlikely that Luminosity would make a roster change after such a great performance in Anaheim.

And the players seem to be suggesting the same thing. Whether it was in post-game interviews or on Twitter, the players on Luminosity are proud of what they’ve accomplished together—and it doesn’t seem like they have any plans to make a roster change now.

With Gunless unlikely to join Luminosity, one of the most highly-coveted free agents on the market could send the Call of Duty scene into a major period of rostermania—especially with some other top teams having disappointing performances in Anaheim. Although the second season of the CWL GPL is right around the corner, Call of Duty fans will be anxiously waiting to learn where Gunless ends up.

Well, if they thought that, they were wrong.

Although Splyce didn’t defend their title from the CWL Playoffs in May, Ben Bance, Trei “Zer0” Morris, Jordan “Jurd” Crowley, and Dylan “MadCat” Daly still made it to the grand finals once again.

Splyce and Epsilon Esports went back-and-forth all weekend long. Epsilon—Joshua-Lee “Joshh” Shephard, David “Dqvee” Davies, Billy “Hawqeh” Harris, and Stephen “Vortex” Allen—actually sent Splyce down to the losers bracket on Saturday. But Splyce got the last laugh when they eliminated Epsilon from the tournament in the losers bracket finals.

Red Reserve may have placed top eight, but this European squad still showed that they can compete with North America’s best.

Even though a European team didn’t win this event, fans of the region are most likely still pleased with how their top teams played at Anaheim.

Some of the biggest roster changes leading up to the CWL Anaheim Open involved Cloud9, Enigma6, and Evil Geniuses—and they all worked out for the better.

Led by the veteran leadership of Patrick “ACHES” Price and the slaying power of Adam “Assault” Garcia, C9’s decision to make a roster change has clearly worked out so far.

Enigma6 also made a pre-Anaheim roster change by bringing on Matthew “Royalty” Faithfull to replace Mike “MRuiz” Ruiz. Not only did E6’s new lineup eliminate OpTic Gaming from the tournament, but they also earned a top six finish—the organization’s best placing at an Infinite Warfare open LAN event. This new E6 roster has a lot of slaying power, and the roster change already seems to be improving their Hardpoint gameplay.

Evil Geniuses finished top six at Anaheim as well, following their roster change which saw Christopher “Parasite” Duarte join the squad in place of Jeremy “StuDyy” Astacio. EG beat FaZe, but was swept by BitterSweet, Luminosity, and Cloud9. Although Evil Geniuses was consistently placing in the top eight before this roster change, top six is still an improvement—one that could propel the team even further over the next few months.

Although these certainly weren’t the only roster changes that benefited teams, it’s incredibly rare to see three squads place within the top six after such drastic lineup alterations.

After Michael "SpaceLy" Schmale, Andres Lacefield, Chance “Maux” Moncivaez, and Devin “LlamaGod” Tran qualified for the second season of the CWL GPL Thursday night, not many people expected this squad to perform so well in the main event.

Playing under the name BitterSweet for CWL Anaheim, SpaceLy and crew went undefeated in pool play. Although the team then lost their next two series against Splyce and Red Reserve, this lineup truly turned some heads at Anaheim with their top 12 finish.

What’s even more important, though, is that this team is looking for an organization to represent in the pro league. This could be a great opportunity for a big-name esports organization to enter the professional Call of Duty scene.

While well-known organizations, such as TSM, CLG, H2K, and Team Liquid, tried their hand at Call of Duty last year in Black Ops III, it’s possible that these organizations could take a chance on an up-and-coming team like this one. As a veteran player, SpaceLy has played for other organizations that currently don’t have a Call of Duty team, including G2 Esports, compLexity Gaming, and Strictly Business to name a few.

If any organization wants to join the CWL GPL, this is the best opportunity they’re going to get this year. There are sure to be several suitors for this team, but it’ll most likely come down to who makes the best offer—or whoever is first to pounce on the chance to join the pro league.

One of the biggest surprises from CWL Anaheim was OpTic Gaming’s top eight finish. The team looked dominant in pool play, going 4-0 with a perfect 12-0 map count. But the Green Wall didn’t see the same success once they got into bracket play.

OpTic lost 3-2 against the eventual champions, Luminosity, in the opening round of the championship winners bracket on Saturday night. Many Green Wall fans were hoping to see another incredible losers bracket run, similar to what the squad produced at the CWL Atlanta Open in February.

But it wasn’t meant to be this time around. After sweeping Rise Nation to start Sunday’s action, OpTic ran into Enigma6, who eliminated them from the tournament with a 3-2 victory.

Seth “Scump” Abner, Matthew “FormaL” Piper, Damon “Karma” Barlow, and Ian “Crimsix” Porter are widely considered one of the strongest teams in the game, especially when it comes to slaying and respawn gameplay. In Anaheim, however, the team struggled with Hardpoint in both of their losses.

OpTic’s two losses had the same score, 3-2, and both series mirrored one another. OpTic lost the opening Hardpoint, responded by winning the first Search and Destroy and then the Uplink, but then lost the second Hardpoint and final Search and Destroy map. For a team that has been so dominant at Hardpoint in the past, it was surprising to see them lose the game mode once, let alone twice in the same series.

Furthermore, each of OpTic’s Hardpoint losses came on a different map—Luminosity defeated them on Throwback and Retaliation, while E6 won on Breakout and Scorch. Right now, it seems like OpTic may need to work on their Hardpoint gameplay if they want to get back on top of the Call of Duty world.