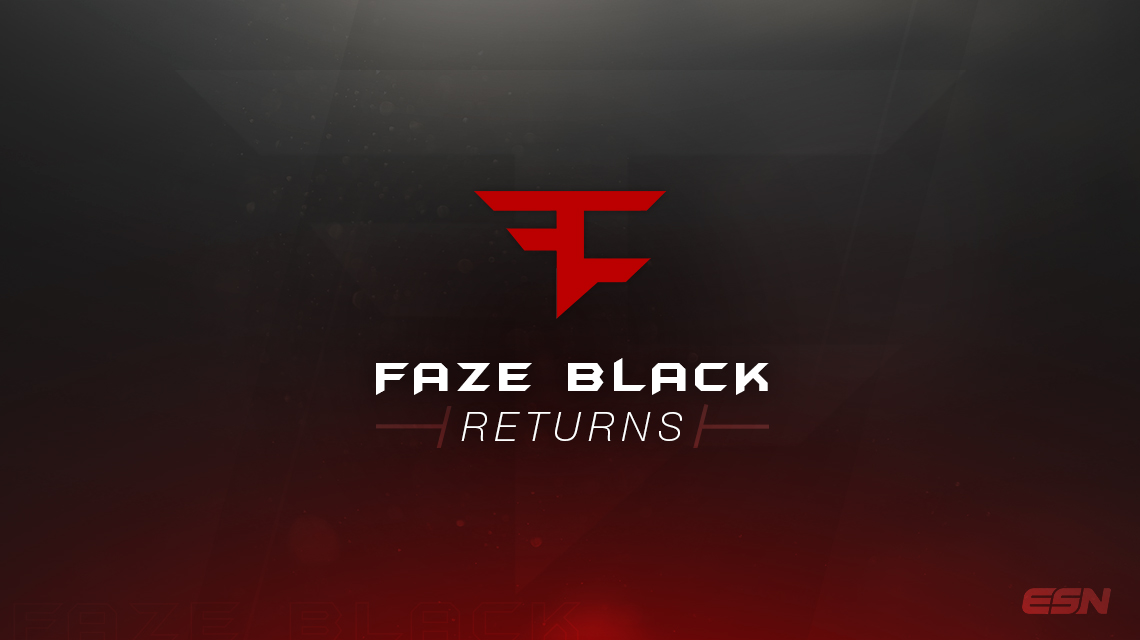 After mulling over the decision for weeks, FaZe has decided to split their roster into two separate squads entering Call of Duty World Championships 2015: FaZe Red and FaZe Black.  Despite winning the first major tournament on Advanced Warfare, MLG Columbus, FaZe has been suffering from conflicts in play style and personality after a difficult top-16 placing at UMG Orlando and struggles in the MLG Pro League Call of Duty: Advanced Warfare Season 1.

Patrick “Aches” Price, the new captain of FaZe, will be taking over the reins of FaZe Red.  Accompanied by his current FaZe teammate Austin “Slasher” Liddicoat, they will be accompanied by Chris “Parasite” Duarte and Ian “Enable” Wyatt for the rest of Season 1 of League Play.  As the goal of FaZe Red will be to take home the CoD Champs title, they have been making critical roster moves to try and secure the illustrious championship.

Parasite, a mainstay in competitive Call of Duty, has been extremely successful on the main stage in his career.  Parasite claimed victory in CoD Champs 2013 along with part of the $400,000 grand prize.  Enable has been another extremely consistent player on the competitive Call of Duty scene since his joining last year.  After finishing top-eight at MLG Columbus and fourth at UMG Orlando, Enable is continued to grow as a competitive player and a force as a slayer.

The other two players from the FaZe team, Doug “Censor” Martin and Bryan “Apathy” Zhelyazkov, will be manning the reintroduced FaZe Black squad alongside Jordan “ProoFy” Cannon and Jeremy “StuDyy” Astacio.  After giving up leadership of FaZe to Aches on his arrival, Censor will now have his own team once again to try and lead to the Call of Duty Championships title.

ProoFy, the newest addition to FaZe Black, is another player that flourishes on the main stage and performs well under pressure.  Attending CoD Champs 2013 with Team EnVyUs, ProoFy led his squad to a second place finish and $50,000 in prize money for himself.  The following year, at MLG X Games Invitational, ProoFy led OpTic Gaming to the first-ever Gold Medal for competitive Call of Duty.  StuDyy has also performed extremely well over the past year, with a string of second and third place finishes in Ghosts with squads like Team EnVyUs, along with claiming victory at UMG Dallas with Denial eSports.

While both FaZe Red and FaZe Black will be competing at Call of Duty Championships, it will be FaZe Red maintaining the roster spot in Season 1 League Play and to compete under the FaZe name.  Censor and Apathy will continue competing for Team Justus throughout the remainder of Season 1, and the rest will be decided after the season ends.  At this moment, all that these two teams are focused on is the task at hand: winning Call of Duty Championships 2015.

What do you think about the two new FaZe squadrons? Let us know.