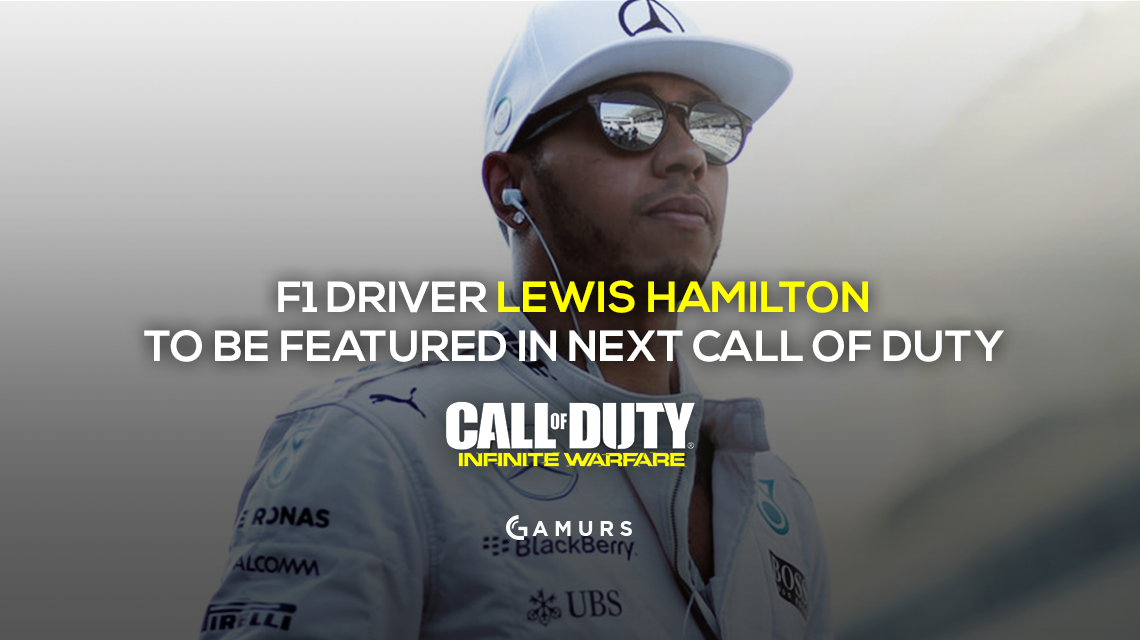 Formula 1 driver, and current reigning F1 World Champion, Lewis Hamilton is set to be featured in Infinity Ward’s Call Of Duty: Infinite Warfare that is going to be released on Nov. 4 of this year.

Rumors had been floating around that Hamilton would join the ranks of Hollywood celebrities like Kevin Spacey and be featured in the storied franchise, but it was finally confirmed when a French news station broadcasted footage of him doing motion capture shots and walking around a green screen studio.

The F1 star is set to appear in roughly six scenes, and it also seems like he will have a speaking role in the game.

The news was eventually confirmed by Lewis Hamilton himself, who tweeted out a picture of him in the game, captioned by saying:

It’s awesome to think I’ll be a character in @callofduty! Be sure to check out #InfiniteWarfare this November! #ambassador

The screenshot that Lewis provided, as well as a link to the original tweet can be seen here.

What do you think about Call of Duty adding more celebrities into their games? Let us hear your thoughts in the comments below or tweet us @GAMURScom.