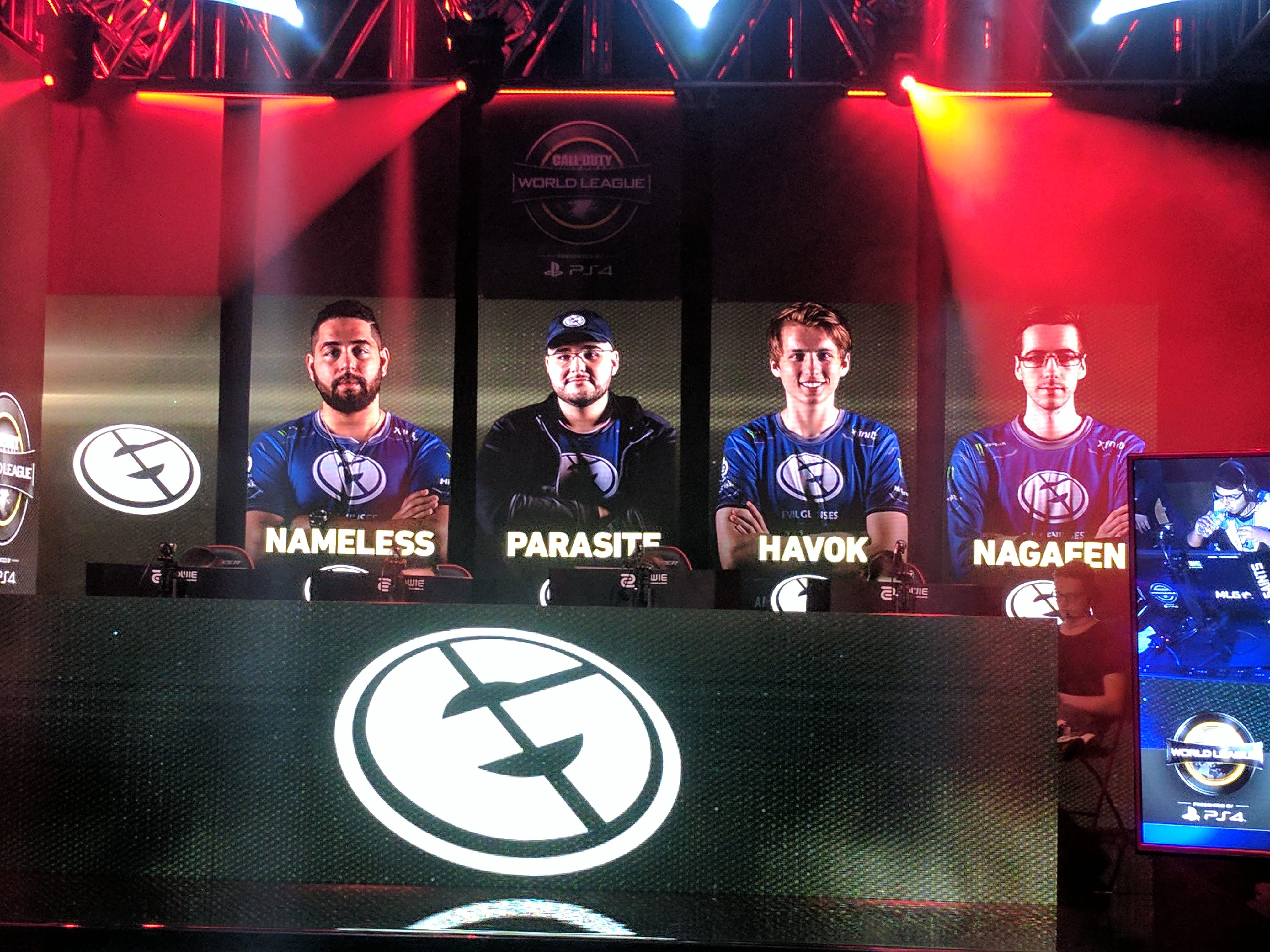 In response to their rough placing in the final event of Infinite Warfare, Evil Geniuses has decided to rebuild its roster heading into Call of Duty: WWII. Christopher “Parasite” Duarte and Colt “Havok” McLendon have been released from EG’s roster, the organization announced moments ago.

Parasite joined EG on June 5, and the team saw instant success, placing top six at the CWL Anaheim Open in June. But after Anaheim, the team seemed to argue often and struggled to build any chemistry, leading to a top 12 finish at Stage Two of the CWL Global Pro League and a top 32 placing at CoD Champs 2017.

The departure of Parasite and Havok means that Evil Geniuses will be building its WWII roster around Anthony “NAMELESS” Wheeler and Jared “Nagafen” Harrell.

It’ll be interesting to see who Evil Geniuses decides to pick up once WWII is released on Nov. 3. Call of Duty fans will also patiently wait to find out where Havok and Parasite will be next year, as they are bound to be two highly-coveted free agents now that the WWII roster change period has begun.