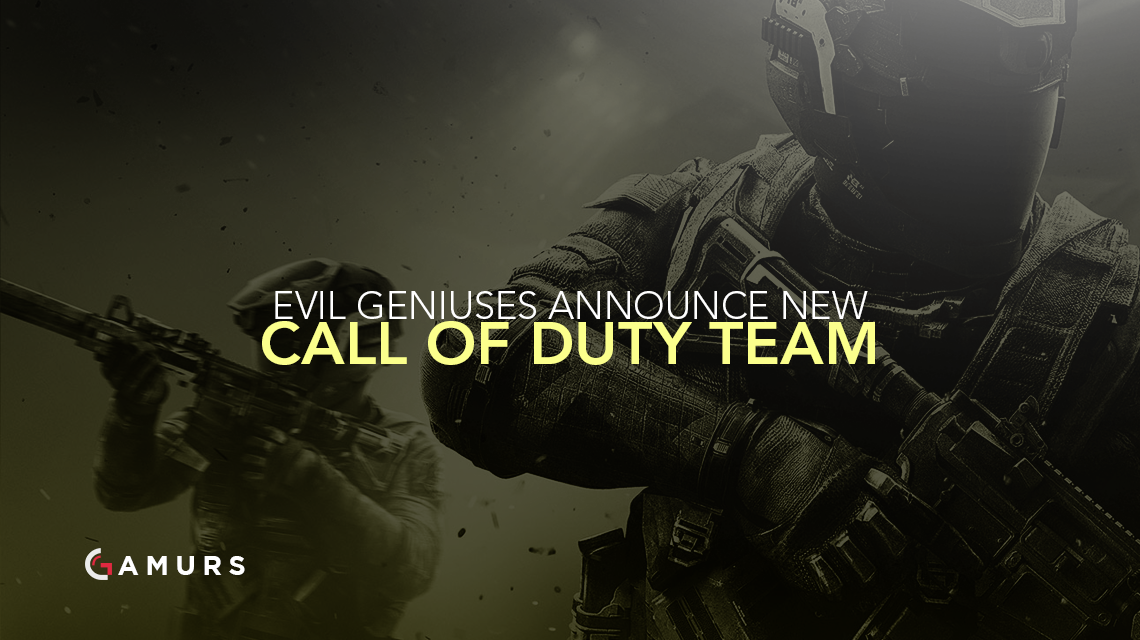 After a two-year absence, Evil Geniuses has re-entered the Call of Duty scene with the signing of a North American team consisting of Anthony “NAMELESS” Wheeler, Jeremy “StuDyy” Astacio, Colt “Havok” McLendon and Jared “Nagafen” Harrell.

We’re very excited today to announce we’ll be moving into the new @CallofDuty with a brand-new squad https://t.co/s7yFS25R49 pic.twitter.com/ZrPvC89tLb

Word that Evil Geniuses would field a team this year got out when the PlayStation Experience Call of Duty Invitational was revealed and the organization was listed as attending the event, along with seven others. The same day, ESPN reported that the players mentioned above would be signing with Evil Geniuses. This was not officially announced at the time because, according to Team Elevate management, Nagafen was still under contract at the time of ESPN’s report, but that contract has now apparently expired.

In their announcement, Evil Geniuses stated, “[T]he team will benefit from the stable practice environment that XFINITY provides to all our players in an EG XFINITY training facility.”

Evil Geniuses was represented only briefly in Call of Duty in 2014 during the Ghosts era, but their roster was what many believe to be the most dominant one to date. Being acquired from compLexity Gaming, the Evil Geniuses team on Ghosts won the Call of Duty Championship (under compLexity) among many other tournaments.