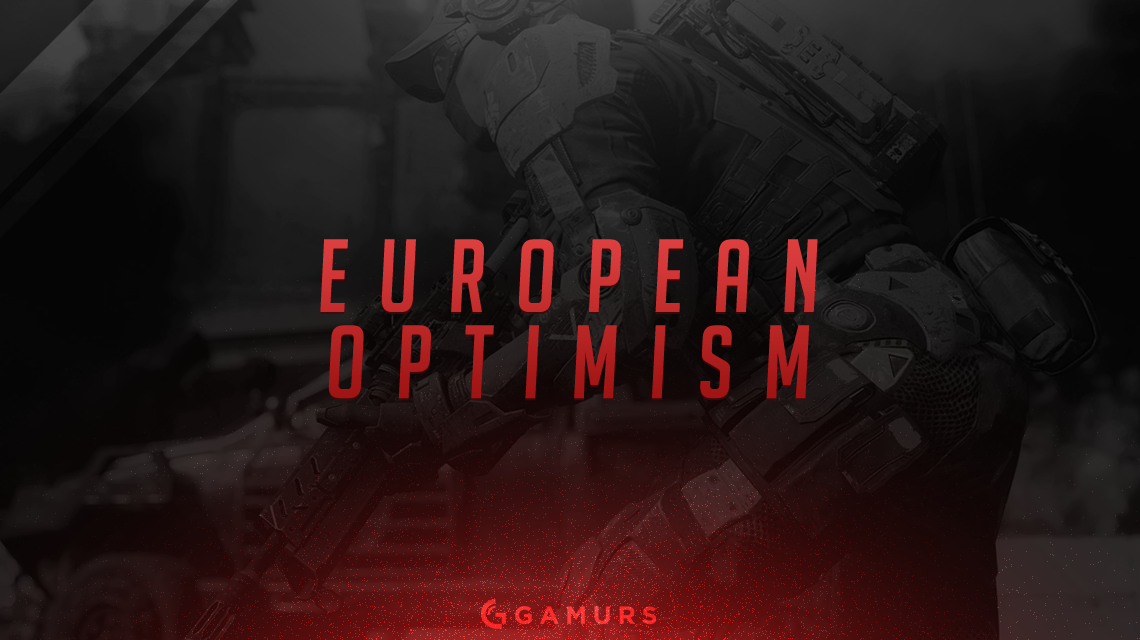 For those who have paid any attention to competitive Call of Duty over the past few years, it is an established fact that North America contains the best teams in the world. For the past three years at CoD Champs, non-NA teams have only breached the top eight on only four occasions, with placings of eighth, sixth, sixth, and fifth. Outside regions have been capable of producing a single team, and sometimes two, who can manage to hang around with the NA squads. However, the notion that one of these teams would actually win at CoD Champs has been laughable at best. 2016 though? 2016 will be different. The EU scene has now earned the right to be respected as a legitimate force with the potential to have a team crowned as the best in the world.

Now let’s be clear: saying that the European region has this potential does not mean that they have an easy road in front of them. After all, at the only two international events this year, OpTic Gaming has two first place finishes, which convincingly establishes them as the best team in the world. They have shown no signs of slowing down and, in all likelihood, they will be the favorites to win Champs at the end of this year. But serving as a beacon of hope for the rest of the world is the European team Splyce, who placed second at ESWC 2016, just behind OpTic, but also just ahead of Rise Nation. And this is a tidbit of information that makes things very interesting.

At the time of the event, Rise was widely considered to be the second best team in the world. After losing to OpTic at the NA Stage 1 Playoffs in Game 7 Round 11, they were only behind the green juggernauts by the smallest of margins. Enter Splyce vs. Rise at the semi-finals, a series that goes a long way to proving that EU teams cannot be taken lightly anymore. Three closely contested respawn games in which Splyce was able to win the uplink 8-5, and two Search and Destroy games that ended with a total round count of 12-5 favoring Splyce, which blew the predictions made by the entire community out of the water. The second best NA team had fallen short to Splyce opening up the possibility that the second best team in the world is now European.

Admittedly, making the statement that Splyce is the second best team in the world certainly seems naïve. After all, Rise had beaten them in pool play 3-1 and OpTic completely handled them in the grand finals with the 3-0 victory. The reality of the team differential would be that Splyce is just a small step behind Rise Nation, just as Rise is a small step behind OpTic Gaming. Splyce, at this point in time, lacks the slaying power to keep up with Rise/OG in hardpoint. This lack of slaying power means respawns in general will be a struggle, so they will have to be heavily reliant on their SnD game to pull off series wins. Still though, pulling off a second place finish at ESWC makes the concept of an EU team placing top four or better at Champs not just possible, but likely. And this is just Splyce, who at that time was only the second best EU team.

Millenium serves to further propel the argument that EU will vastly improve upon their past Champs placings. Having taken down Splyce 4-1 at the EU Stage 1 Playoffs Millenium had established themselves as the clear king of the region. The only teams that appeared to give Millenium any real trouble were OpTic and Rise. Against OpTic, at both Melbourne and ESWC, these teams had faced off a total of three times, with OpTic taking two of those series. Looking at the results from those series, plus the one against Rise, the story for Millenium seems to mirror that of Splyce. The hardpoint game is lacking and the other two respawns were left at basically a 50/50 split. This forces Millenium to be reliant on their SnD, which ultimately puts them a small step behind Rise Nation. Nonetheless, two teams being a small step behind Rise are two teams who are arguably the third and fourth best teams in the world, which is quite the improvement from scraping together top eight finishes for Europe.

Of course, this entire article is still in the speculation phase. We are a long way off from Champs and there have only been two international events thus far to gather information from. Furthermore, Millenium hit a bump in the road and almost succumbed to Rostermania, while HyperGames have been on a massive tear in the EU league, so there is plenty to pay attention to over the next few months. Overall though, there is a strong likelihood that the EU scene will see their best CoD Champs tournament ever in 2016, but at the end of the day, the only thing that matters is who gets first place. Will an EU team be able to pull off that feat this year? North Americans may say no, but Europeans know that after Leicester City, anything is possible.