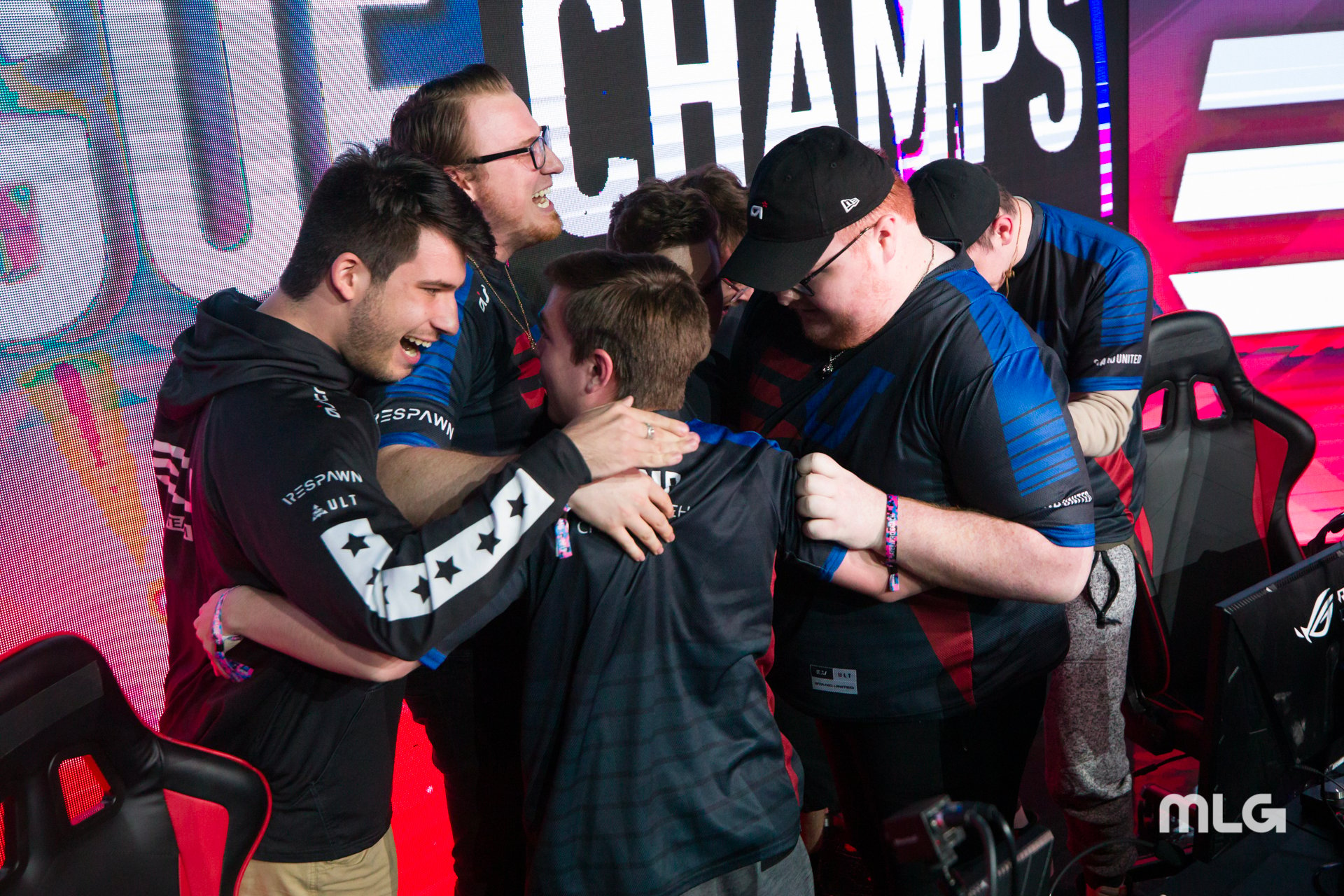 EUnited are officially the 2019 Call of Duty World League champions.

This showdown started with a dominant 250-126 win by eUnited on Seaside Hardpoint. 100 Thieves immediately responded, however, taking Hacienda Search and Destroy 6-3 and Frequency Control 3-1.

Despite facing a 2-1 deficit, eUnited stayed resilient and took their second Hardpoint of the series—something few teams have been able to do against 100 Thieves all season. Clayster and crew won Arsenal Hardpoint 250-219 to force a decisive fifth map.

And map five was Arsenal Search and Destroy, which was nicknamed “Simp’s playground” this weekend. Although Clayster led his team in kills this time, eUnited took the map 6-4 to win CoD Champs 2019.

This marks the second time that Clayster has won CoD Champs, while the rest of his teammates have become world champions for the first time. Simp was named the ASTRO Gaming MVP for CWL Champs 2019, winning the award for the second time since July.

With the Black Ops 4 season now coming to an end, Call of Duty fans will turn their attention toward the franchise’s next game, Modern Warfare, which will be released on Oct. 25.