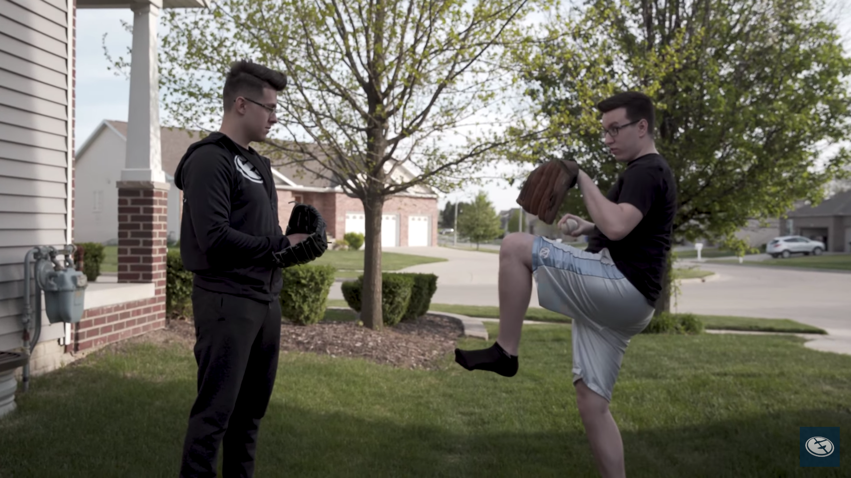 Evil Geniuses has been releasing great content about its Call of Duty team all year—but today’s video might be the best so far.

Episode 11 of EG’s “Up to Speed” series on YouTube provides an in-depth look at the relationship between two of the players on the organization’s Call of Duty team.

Patrick “ACHES” Price and Adam “Assault” Garcia played together on Cloud9 from August 2016 to 2017 before going their separate ways heading into the WWII season. But the two players reunited under Evil Geniuses last month—and in their first event playing together once again, they came in second place at the CWL Seattle Open in April.

As one of the most successful players in Call of Duty history and a tenured veteran, ACHES has a great eye for talent. He said that he first pursued teaming with Assault after playing against him at MLG Orlando in August 2016.

In their first event together, CoD Champs 2016, ACHES and Cloud9 earned a top six placing—and Assault killed Matthew “FormaL” Piper in a one-vs-one clutch to eliminate OpTic Gaming from the tournament. ACHES said that after that moment, his relationship with Assault “really started booming.”

“I think me and Adam’s relationship is special because in-game and out-of-game we can kinda roast each other, have some fun with it, and not take it personal,” ACHES said. “In-game we work really well. I think we have good chemistry, especially in Search and Destroy when it comes down to clutching. I think our playstyles just benefit from each other a lot.”

When ACHES and Assault aren’t talking to the camera, the video showcases the duo doing many father-son activities, such as working on baseball mechanics and going for ice cream. ACHES is even shown cooking breakfast for his son, and Assault sneakily takes a cookie and Monster energy drinks while his father is watching TV.

This lighthearted, comedic video does a great job of displaying the nature of ACHES and Assault’s relationship. These two will look to continue their early success together on EG at Stage Two of the CWL Pro League—right now they’re 4-2 in week two of Division A action.