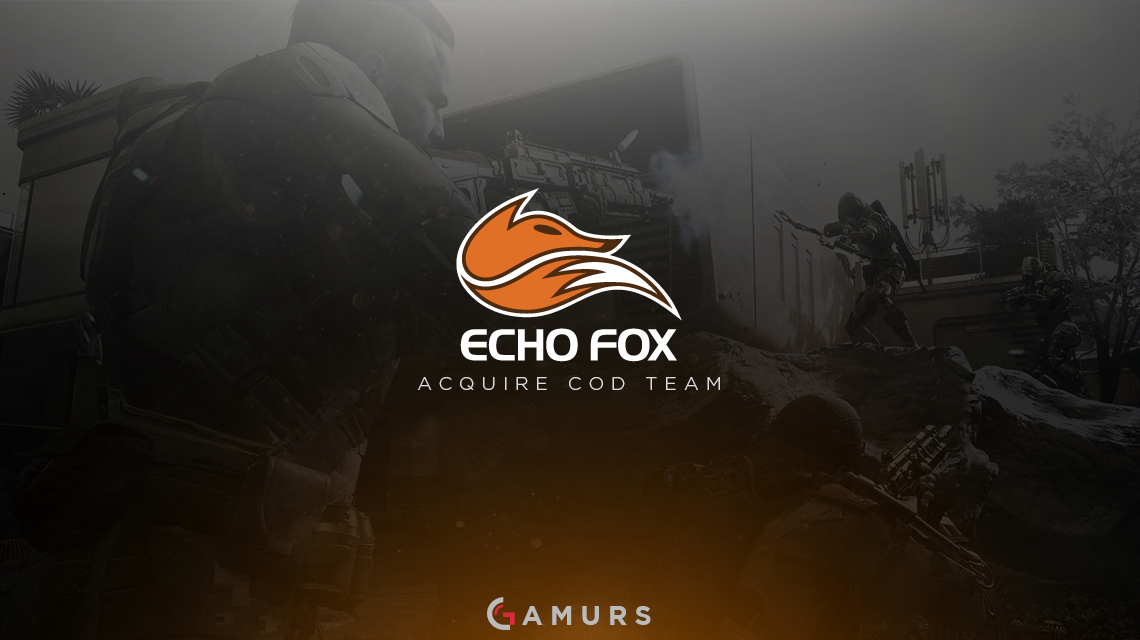 Echo Fox has announced its entrance into Call of Duty eSports with the acquisition of the OTOB roster comprised of Jeremy “Neslo” Olsen, Jordan “ProoFy” Cannon, Jonathan “SinfuL” Baez and Josh “Cyborg” Kimpson. The team will be competing in the Open Bracket of Major League Gaming Anaheim in one month.

ProoFy most recently played on CREAM, but more notably played for Rush eSports/Team SoloMid during Stage 1 of the Call of Duty World League (CWL) Regular Season. Before Call of Duty®: Black Ops III, ProoFy teamed with some of the best players in the world, even spending time playing under the world-renowned OpTic Gaming banner.

Neslo, the team’s captain, recently underwent a roster breakdown on Team Kaliber following the team’s relegation from the CWL. The players parted ways after teaming together for all of Black Ops III, and a large portion of most of their careers.

SinfuL has yet to truly hit his stride in competitive Call of Duty, bouncing from amatuer team to amatuer team and never quite finding success. Earlier this year, he played for a Cloud9 squad with high potential and low results. Regardless, Neslo has faith, calling SinfuL a “straight god” when asked about his teammate.

Cyborg is the most unknown player on this team, and it would be a lie to say otherwise. However, if big names like Neslo and ProoFy are putting their careers on the line and playing with him, Cyborg has to have talent.

This team had multiple offers and Neslo was in discussions with several potential organizations, but he has wanted to play for Echo Fox ever since this roster came together.

“Rick Fox’s story intrigues me,” Neslo said. “I like the higher standard and level of respect. I’m beyond excited and have been waiting for this to happen for a while now. This organization feels like home, and from first impressions I can already tell we share the same long term goal and vision.”

Echo Fox is on a tear in their first year as an organization, picking up a team in the North American LCS featuring Henrik “Froggen” Hansen, a Counter-Strike: Global Offensive team featuring Sean “sgares” Gares, Street Fighter V player Julio Fuentes and now this Call of Duty team.

What do you think of this team’s chances to succeed? Let us know in the comments below or on our Twitter @GAMURScom and be sure to follow us to stay up-to-date on all of your eSports needs.